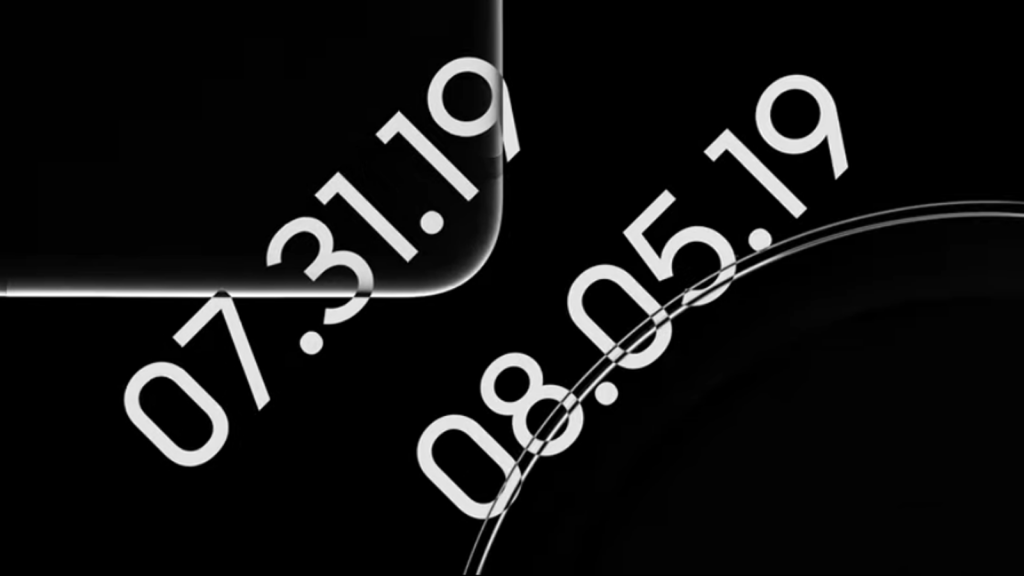 Unpacked takes place in New York on Wednesday 7 August at 9pm BST, but we needn’t wait a week to see new Samsung devices. Ahead of the Note 10 and Note 10 Plus launch – and most likely to avoid detracting from the main news of the night – Samsung has confirmed it will be holding two pre-events in order to launch the Samsung Galaxy Tab S6 and Galaxy Watch Active 2.

On 31 July (today) and again on 5 August (Monday) it will ‘digitally’ unveil the new devices via its website. Though it has not specified in which order they will arrive, the 5 August date shown on a leaked Galaxy Watch Active 2 render suggests the Tab S6 will come first.

Samsung has confirmed that there will be a live stream at 3pm today.

Very little is given away in its teaser video (shared below), but it does confirm that the Watch Active 2 will once again come without a rotating bezel, and will have a heart-rate sensor embedded into the rear.

We also get a quick look at the S Pen stylus that will be supplied with the Tab S6 – as has been rumoured for the Note 10, it’s expected to feature new air gestures.

It’s been only six months since we saw the original Galaxy Watch Active, so it may not be a huge upgrade over the original. From the leaked render a new leather strap and red ring around the power button are visible, and it’s rumoured that Samsung will look to rival Apple by implementing an ECG sensor and Fall Detection.

The Tab S6, meanwhile, follows on from the Tab S4 and Tab S5e as a premium Android tablet fit to rival iPad Pro. It is expected to feature a 2K screen, a dual-lens camera, a generous battery, AKG speakers and some serious power with a Snapdragon 855 inside.