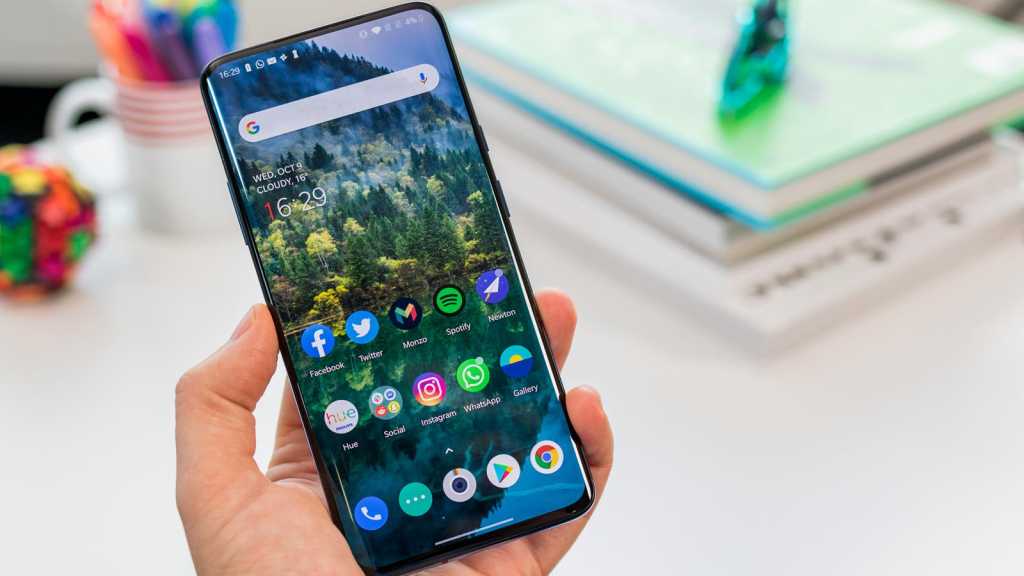 On 10 October 2019 OnePlus announced the 7T Pro, a pop-up camera phone that now comes in Haze Blue with a larger Fluid AMOLED display. Though it looks incredibly similar to the OnePlus 7 Pro before it, this is a gorgeous phone – and it’s just as pretty on the inside with the addition of a powerful Snapdragon 855+ that promises 15% faster performance in graphics rendering.

Now on sale, just six months after the launch of the company’s previous flagship, the 7T Pro has a few new features – but many have already been seen in the OnePlus 7T, which was announced in late-September. This is therefore OnePlus’ second phone to feature the new top-end processor and a larger display, the latter primed for super-smooth frames with a 90Hz refresh rate, as in the previous iteration of the Pro. It’s ever so slightly larger here at 6.67in against 6.55in, but the only real difference between this screen and that on the 7T is its support for a Quad-HD+ resolution.

Also new in OnePlus 7T Pro is a higher-capacity 4,085mAh battery with faster 30W Warp Charge that can net a full day’s power in just half an hour, and a triple-lens camera that has been enhanced not through the hardware (it’s still got a 48Mp, f/1.6 main sensor with OIS, a 117-degree ultra-wide 16Mp, f/2.0 sensor with EIS and a 12Mp, f/2.2, 3x telephoto lens) but through the software algorithms that are also seen on OnePlus 7T. 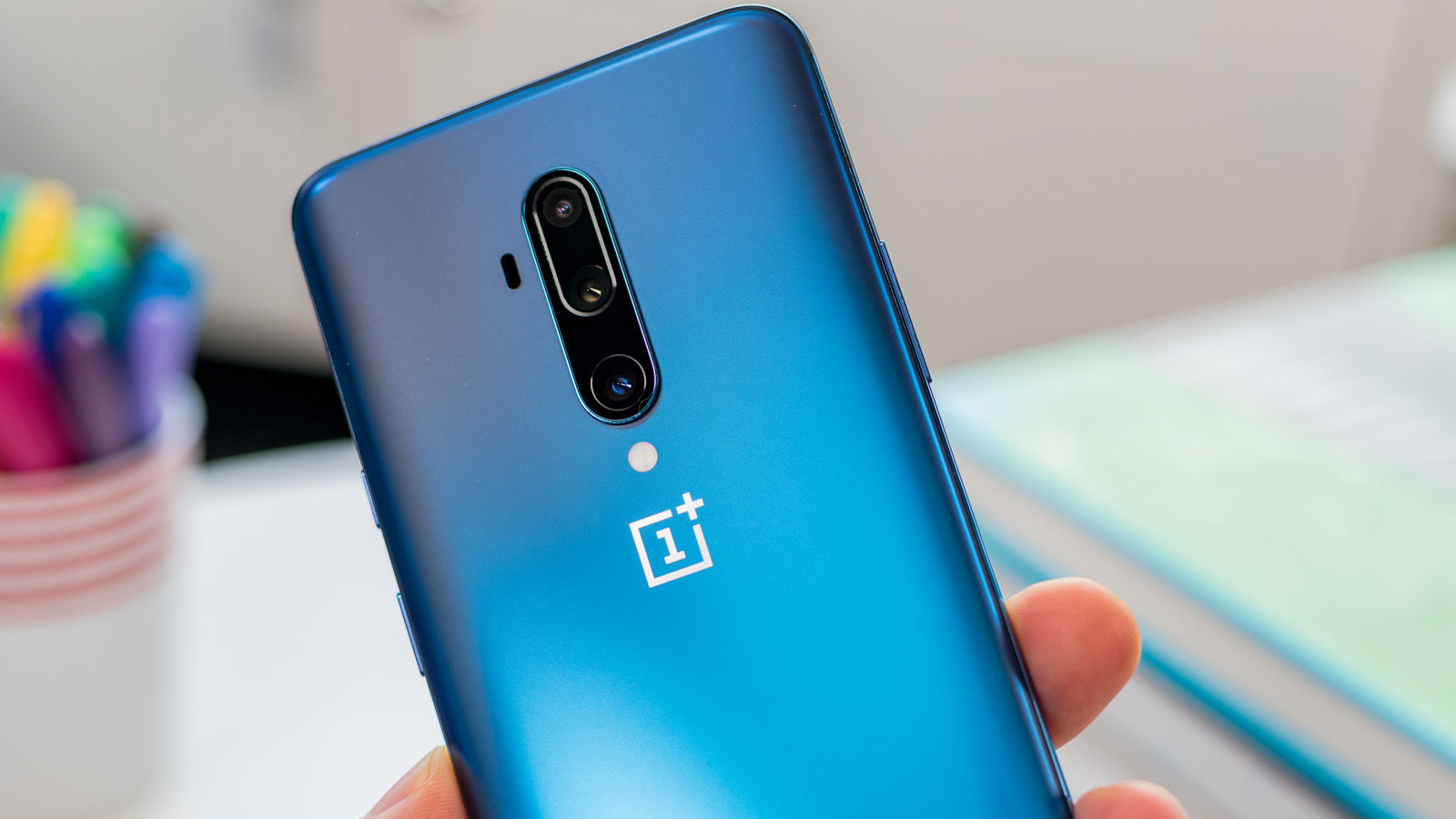 There’s an improved Portrait mode that supports standard and telephoto focal lengths, Nightscape mode for both the 48Mp- and 16Mp lenses, and the ability to take close-up macro shots, focusing on subjects between 2.5- and 8cm away. There’s also a new Super Stable shooting mode for video that benefits from new hybrid image stabilisation.

Many of the new changes are focused on software, with the fingerprint sensor now said to be much more responsive. OxygenOS 10.0 is also now based on Android 10, promising more than 370 optimisations, making OnePlus 7T and OnePlus 7T Pro the first phones to go on sale with Android 10 out of the box. 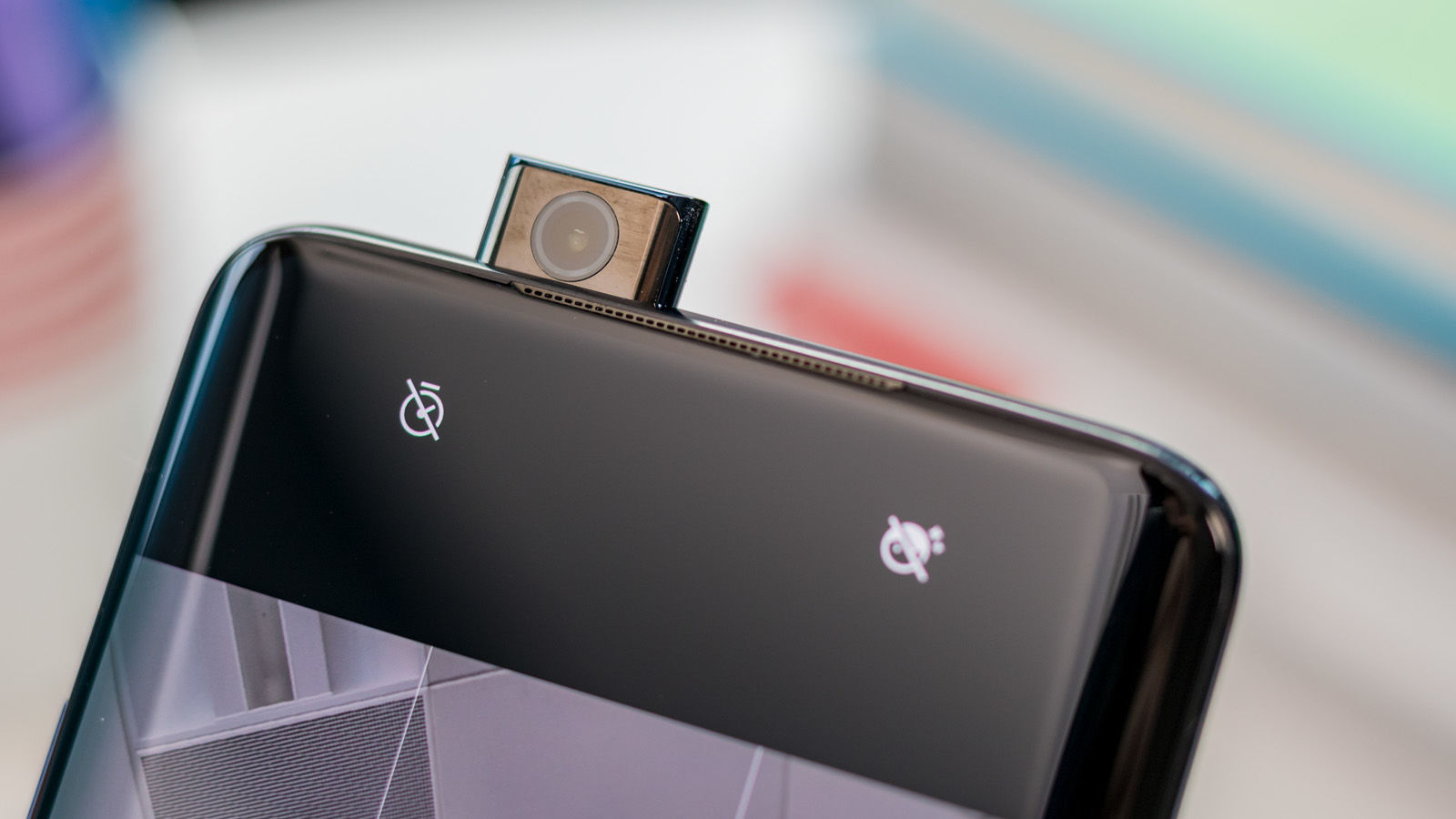 OnePlus’ bi-annual release schedule has previously angered fans who have only recently upgraded their handsets, and we are already hearing rumours about OnePlus 8, but this time around we can’t see anyone getting too upset. Make no mistake OnePlus 7T Pro is a fantastic phone, but it’s not a significant enough upgrade over the OnePlus 7 Pro to get anyone too excited.

Also interesting is news that there is not a 5G version within the OnePlus 7T series, so for that you’ll have to look to the OnePlus 7 Pro 5G.

Now closer in specification than ever to the standard model, it’s difficult to see why you might want to pay more for this Pro version. It does have twice as much storage, and a higher-resolution display, but otherwise it’s all very samey – on the inside, at least.

From the outside it’s easy to tell apart OnePlus 7T Pro and OnePlus 7T. The two look very different, with the Pro enabling a truly full-screen experience with its 16Mp pop-up selfie camera, and retaining the slick vertical camera bar on the rear, while the standard model now features a smaller waterdrop notch on its Full-HD+ panel and a circular rear camera housing at the back. 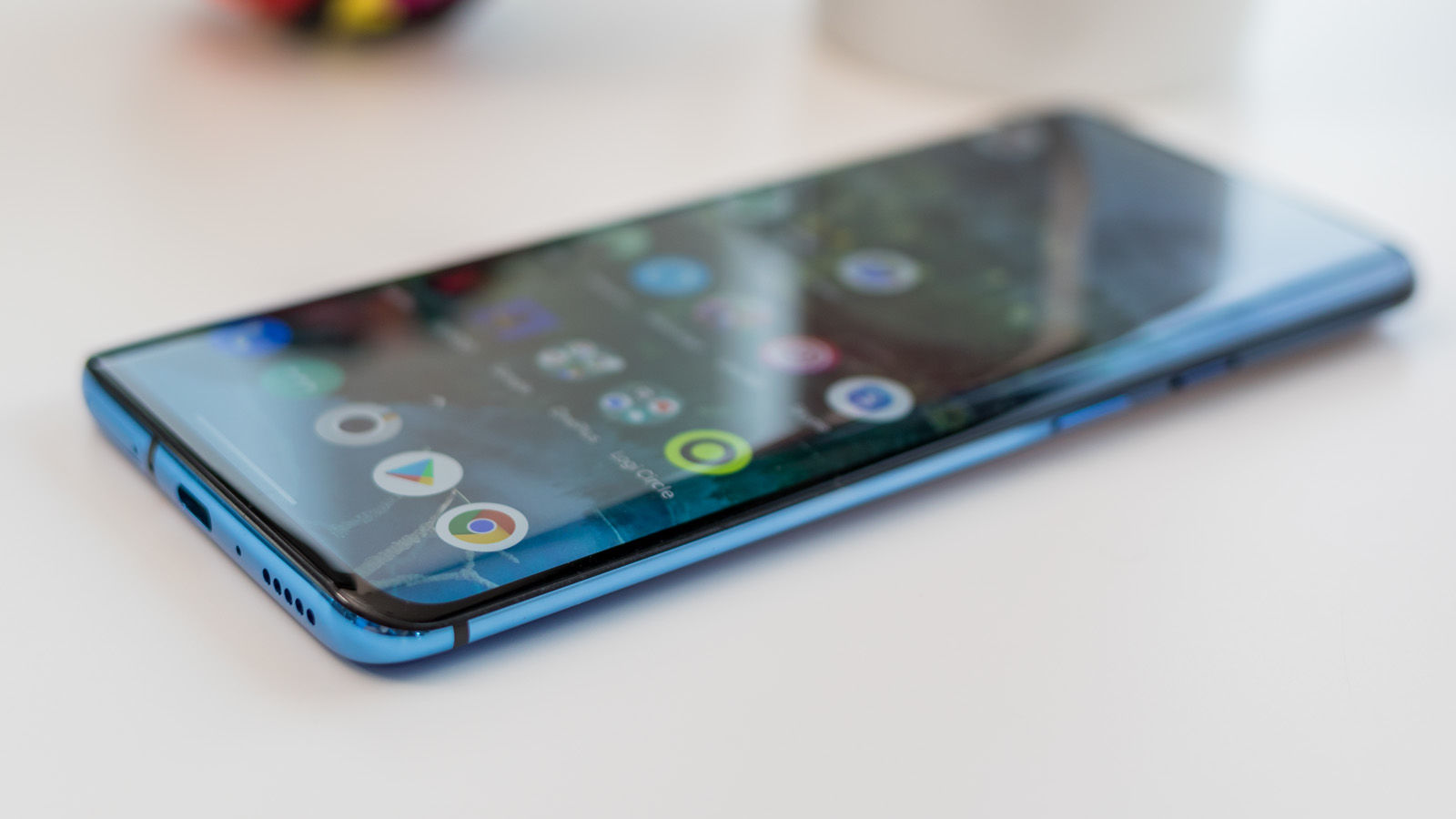 For more information see our reviews of  OnePlus 7T and OnePlus 7T Pro.

A special edition of the OnePlus 7T Pro was also revealed as the McLaren Edition, which has a unique and very cool-looking design that is said to be based on the unreleased SpeedTail car with its shiny black carbon fibre case and papaya orange highlights. It’s also expected to be faster than the standard OnePlus 7T Pro with 12GB of RAM. 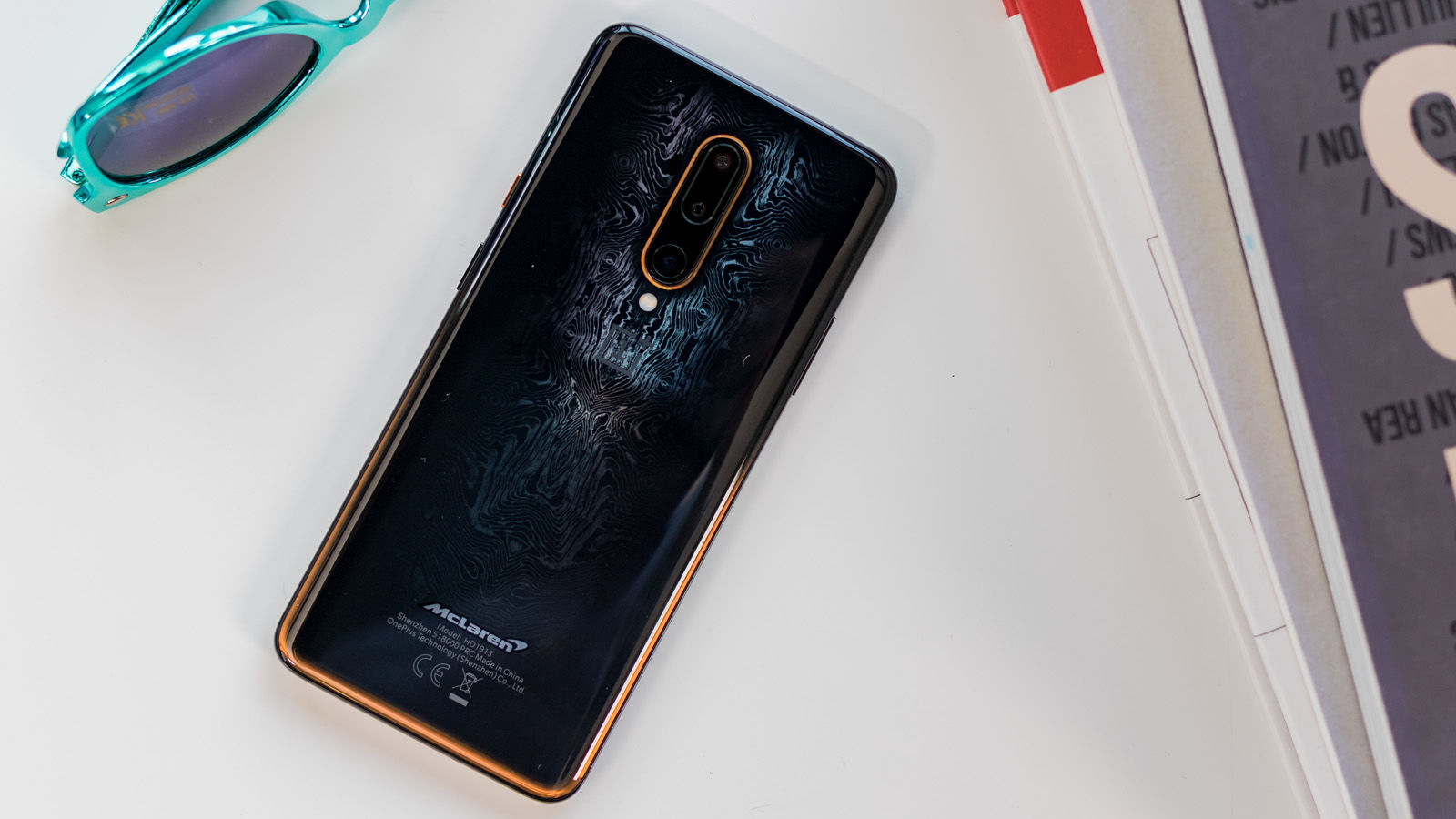 When is the OnePlus 7T Pro release date?

OnePlus 7T and 7T Pro went on sale on 17 October, while the McLaren Edition will follow on 5 November.

How much does OnePlus 7T Pro cost?

Mirroring its predecessor OnePlus 7T Pro costs £699. The standard model saves you £150 at £549, making it something of a no-brainer, while the McLaren Edition costs £799.

Check out the best OnePlus 7T deals and OnePlus 7T cases, and see how OnePlus 7T Pro compares to the best phones and best Android phones.