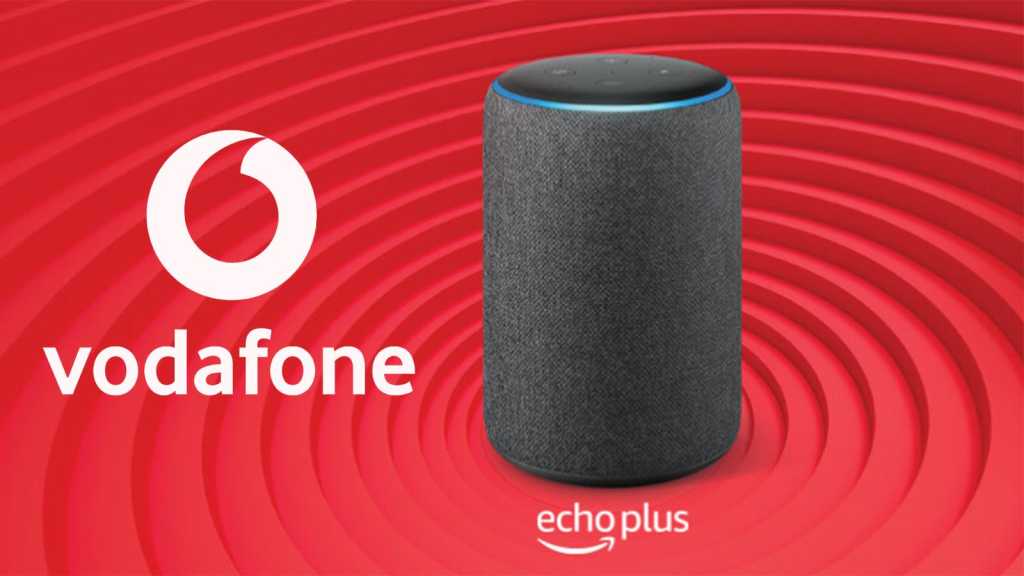 Vodafone’s current broadband offers are hard to beat, though Virgin is trying. Until 13 August, Vodafone is bundling a free Echo Plus with its Superfast 1 and Superfast 2 broadband plans, which are cheaper now than they were earlier this month. The Echo Plus is worth £139.99 on it’s own.

Update 08-08-2019: BT has just thrown down the gauntlet with its own BT Sport and broadband bundles which now include a free Xbox One S or Samsung Galaxy Tab A. See more about this deal in our dedicated article.

While Virgin is also bundling its services with Echo devices, Vodafone’s prices are as low as they get – with no line rental or upfront costs (depending on your location).

Also see our round up of the best broadband deals.

The Superfast 1 plan offers average speeds of 35Mbps, which is sufficient for browsing, streaming video and music, though not heavy gaming. The term is for 18 months minimum and there’s no line rental or upfront cost, though this depends on whether your location needs installation (in which case it’s £60).

Vodafone Superfast 2 with Echo Plus: New customers pay £29 per month while existing customers pay £27 per month. The Superfast 2 offers average speeds of 63Mbps, which is ideal for shared households and heavy usage. You can stream 4K content and connect phones, tablets and laptops. There’s no line rental or upfront costs (again, depending on location).

Virgin’s offers are varied. Broadband deals alone (without phone or TV), you don’t come with an Echo device. These deals currently have a £7 discount though, for the first 12 months, with prices starting at £30 per month (discount included). The speeds are slightly faster, with the lowest at 54Mbps – though for £29 per month with Vodafone, you can get a faster connection and a free Echo Plus.

Echo deals from Virgin kick in with broadband and phone bundles, where you can choose either a £50 credit or an Echo Dot 3, the entry-level smart speaker from Amazon. Plans start at £28 per month for the first 12 months and then bump up to £44 per month. There’s a £35 set-up fee as well. Compare all broadband speeds and prices from Virgin.

The biggest Amazon device bundles from Virgin come with its broadband, phone and TV offers, which includes and Echo Show and Ring Doorbell – but only from plans that begin from £49 per month (for first 12 months, then £78 per month). This includes over 230 channels, 108Mbps broadband and line rental with unlimited calls to UK landlines and mobiles on weekends. There’s also a £35 set up fee. Compare all Virgin TV and broadband offers.

In all, if you’re after upgrading your broadband plan, Vodafone’s current deal offers the best value for money. Not only are the rates low, you don’t need to bundle in other services you may not need to get the Echo Plus freebie, which is larger and offers a better sound quality than Echo Dot 3. Head to Vodafone to see its  Superfast 1 and Superfast 2 broadband plans with the free Echo Plus now.