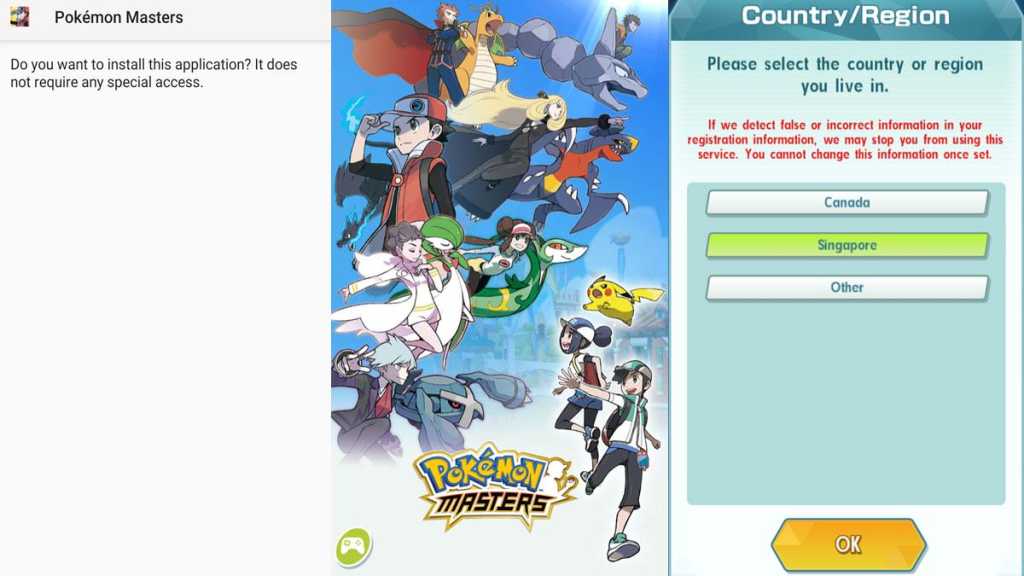 While Pokémon Masters was officially revealed by the Pokémon Company in May 2019, the game is yet to be released for iOS and Android devices. Pre-registration is now live in both the App Store and Google Play ahead of a broad ‘Summer 2019’ release, but what if you want to play it right now?

While it’s not as straightforward as installing an app from Google Play or the App Store, there is a way to play Pokémon Masters this very second, and here’s how to do it.

When will Pokémon Masters be released?

While there was no firm Pokemon Masters release date for quite some time, Nintendo has revealed that it’ll be available to download on iOS and Android on 29 August 2019, marking the end of the closed beta tests in Canada and Singapore.

While Pokémon Masters isn’t available in the UK, US and the most of the world until just yet, lucky Pokémon fans in Canada and Singapore can download the game right now, allowing the developers to stress-test servers, fine-tune the features of the game and more ahead of global release.

There’s no way to access the game via Google Play or the App Store in the UK or US, there is a way to play Pokémon Masters right now regardless of your geographical location – but there are risks involved, and it’s Android-only right now (sorry iOS users!).

Yes, you can’t download it outside of those specific regions on Google Play but you can download the APK installation file (for Android users) from a variety of third-party sites.

That’s where the potential issue arises; while we’ve used and installed the APK we link to below, we can’t guarantee that it’s free from malware and other code that can be used to access private information on your smartphone.

If you do decide to go ahead but want extra protection, you should consider installing an antivirus app on your Android.

Oh, and you’ll need to use a VPN to play the game, as the app verifies that you’re in Singapore or Canada every time you open it.

If those warnings haven’t put you off, follow these instructions to download and play Pokémon Masters right now:

Finally, you can open Pokémon Masters and enjoy all the game has to offer! Once the game is officially released later this Summer, simply delete the app and re-download it from Google Play – as long as you’ve linked the game to your Nintendo account, progress should transfer.