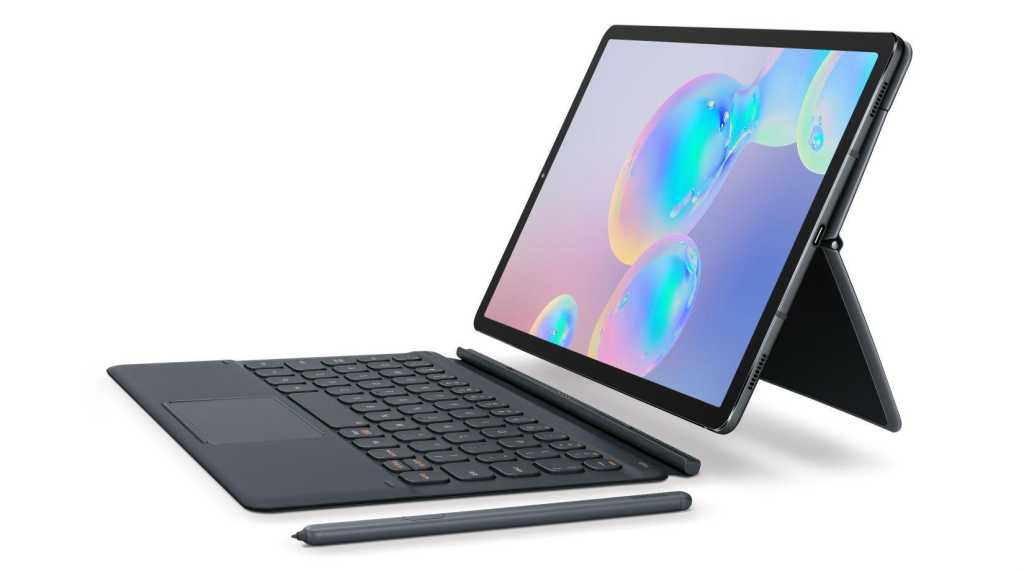 We’ve been wondering where is the Galaxy Tab S5, but now Samsung has decided to skip it entirely and launch the Tab S6 instead – revealing it a few days ahead of the Note 10 phones. Here’s what we know about the new tablet and so far, including the release date, price and specs.

A while ago Samsung launched the Galaxy Tab S5e as a sort of cheaper version of the Tab S4, albeit with some elements that are better. So we were naturally expecting the full-blown flagship Tab S5 to arrive soon, but the ‘e’ might be the only S5-series model, with the S6 taking up the flagship position.

For more information on what has changed compared to the Tab S4, take a look at our Tab S6 vs Tab S4 comparison. Read about the Galaxy Tab S7.

When is the Galaxy Tab S6 coming out?

Samsung revealed the Tab S6 on 31 July ahead of the Unpacked event and the tablet will arrive by 30 August.

How much will the Galaxy Tab S6 cost?

In addition to being available to buy  from Samsung itself, you’ll also find it at Amazon, Argos and Currys PC World.

To put that price in perspective, it’s the same as its predecessor, the Tab S4, which launched at £599/$649. This is a rival to the iPad Pro models rather than the more affordable regular Apple tablet. 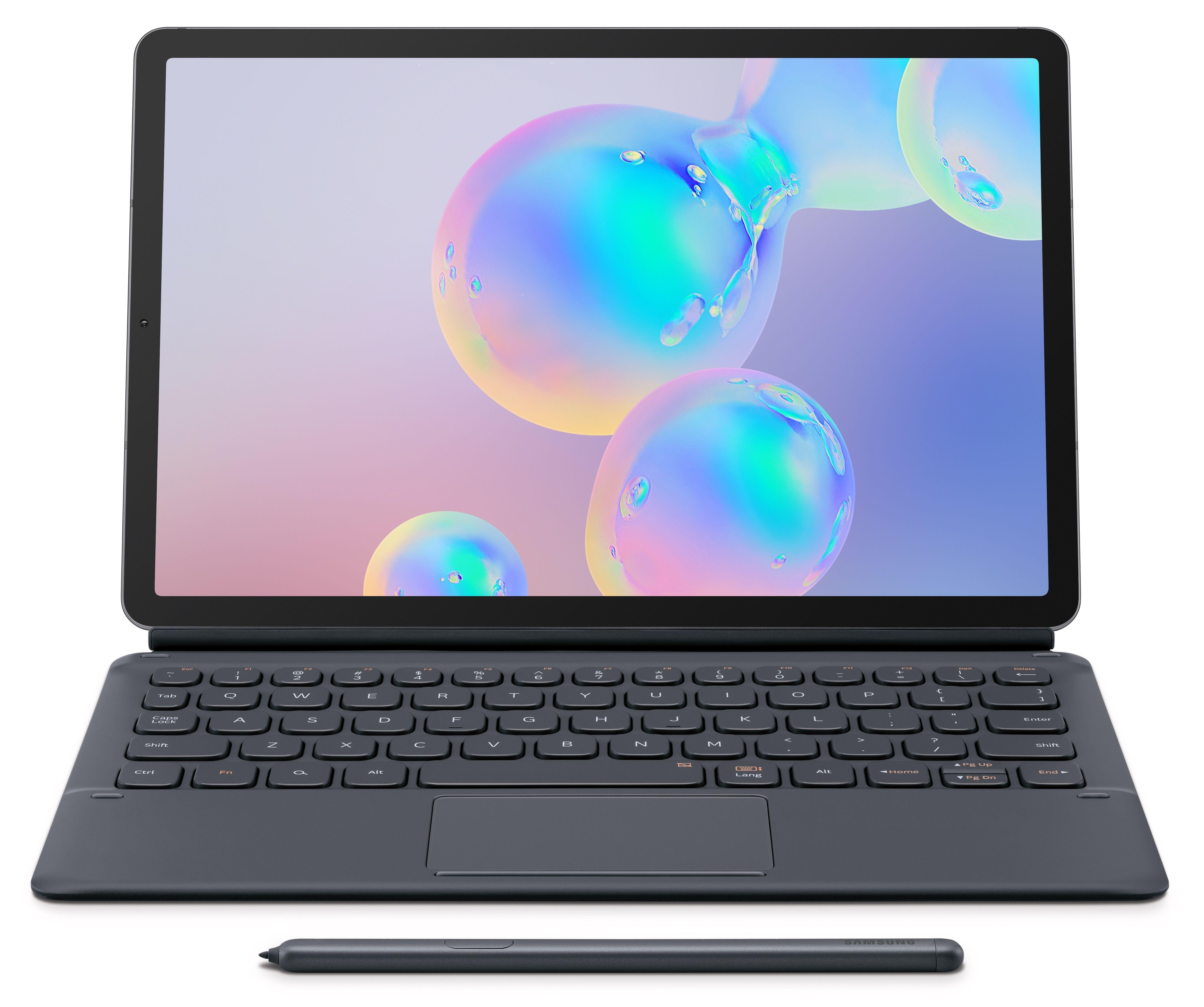 What are the Galaxy Tab S6 specs and features?

Overall, the Tab S6 looks similar to Samsung’s existing tablets. There are a few tweaks here and there, but this isn’t a radical redesign.

The tablet will be available in three colours – Mountain Gray, Cloud Blue, and Rose Blush – with the main design changes happening at the back. There’s a dual-camera array, but more importantly a groove where the S Pen can be kept – especially welcome as the stylus now comes with the tablet as standard, rather than as an optional extra.

The S Pen attaches with magnets and charges wirelessly while in place – it should take 90 minutes for a full charge. The S Pen itself has had a slight redesign, and now packs Bluetooth so that you can use it as a remote for things like advancing slides in a presentation, or taking selfies remotely.

Back to the dual rear cameras and get a 13Mp main lens, backed up by a 5Mp ultrawide – apparently the first of its kind in a tablet. How much you’re likely to actually use the rear cameras on a tablet is up for debate, but you might get more use out of the 8Mp front camera when it comes to video calls. 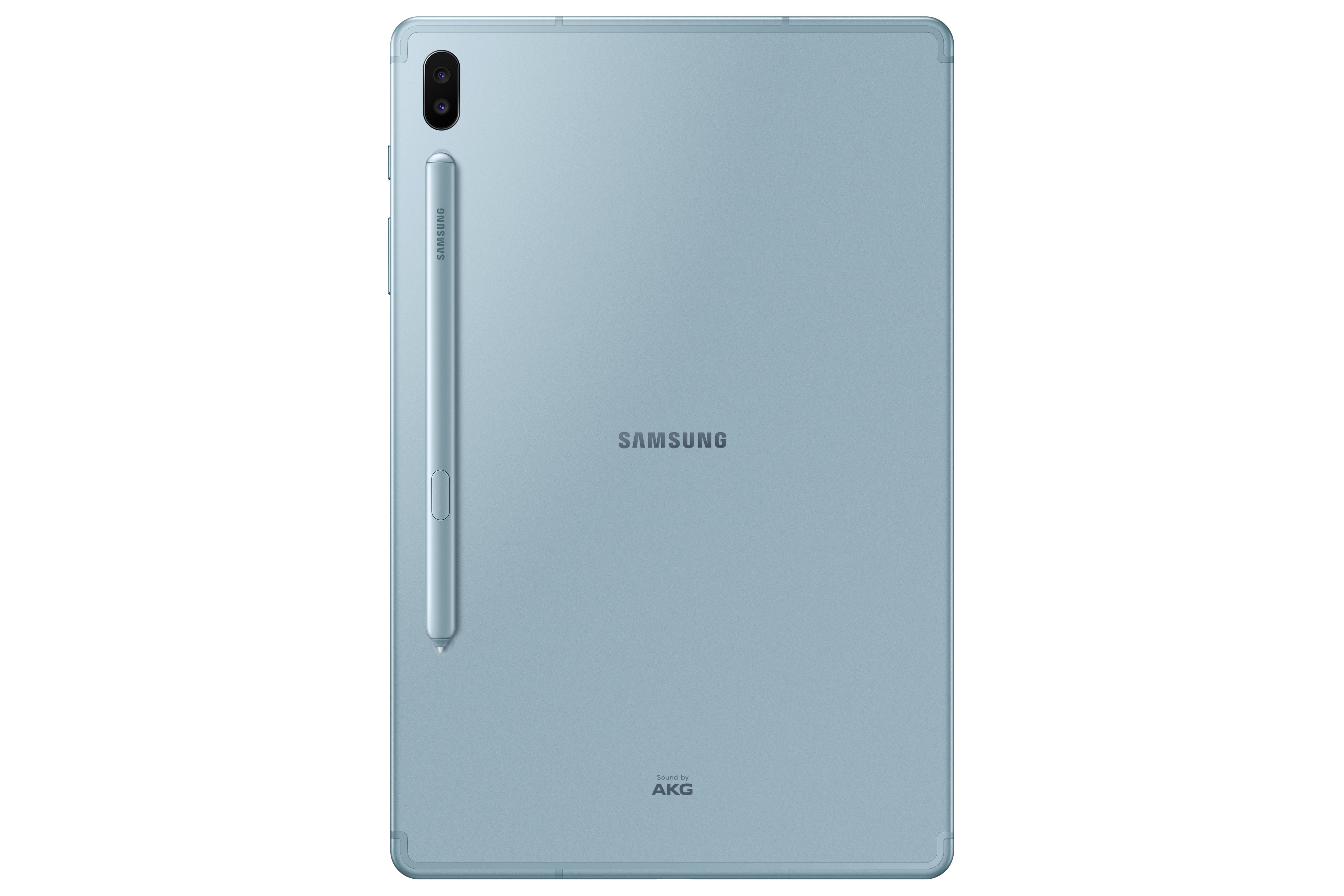 Various others aspects of the tablet seem to be the same as the Tab S5e, such as the four speakers ‘Tuned by AKG’, a USB-C port and, to the annoyance of many fans, the lack of a headphone jack. We assume the tablet will come with a dongle.

The 10.5-inch (2,560×1,600) Super AMOLED touchscreen is the same as on the Tab S4, though the bezels have been stripped back. What’s new is an in-screen fingerprint scanner, though oddly this is an optical scanner, rather than the more reliable ultrasonic scanning tech found in the S10 phones.

In terms of core specs, the Tab S6 will come with 6GB/8GB RAM, 128/256GB of storage and a 7,040mAh battery, which should last up to 15 hours. The processor has had a welcome upgrade to the Snapdragon 855, which should help the Tab S6 compete in the tablet/laptop hybrid space it clearly wants to occupy.

Finally, the Book Cover keyboard (sold separately) had had a slight redesign. It’s now in two parts, so that the keyboard bottom can be detached from the stand and used separately. It also has an improved touchpad and larger key spacing.