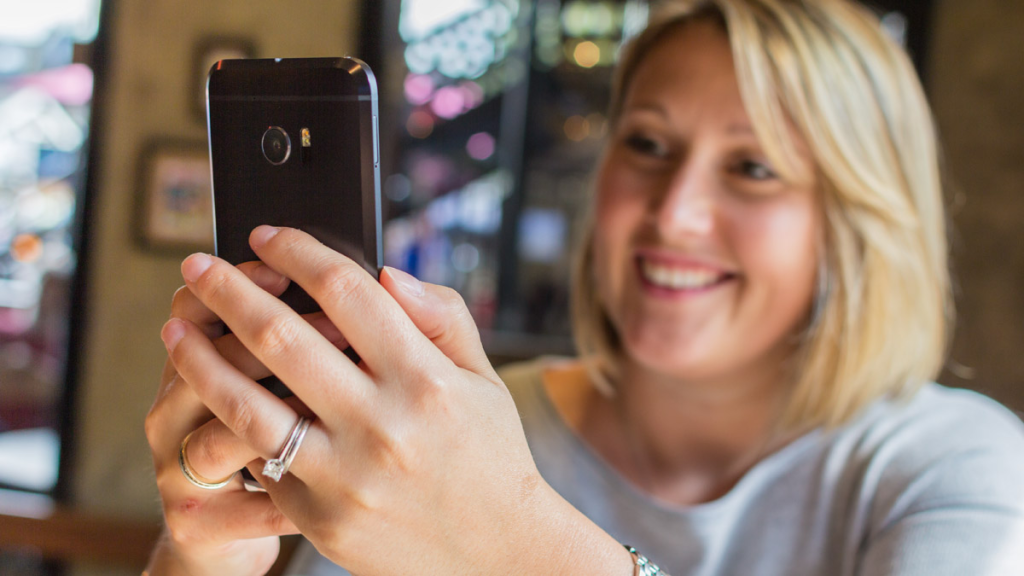 Most phones save photos taken with the front-facing camera exactly as they appear in the preview. But this means they aren’t actually true to life. Hold up your right hand and take a selfie and then look at the photo in your camera roll. Chances are it will appear on the right, which would be your left hand. In many instances this is fine, as there’s no real indication that the picture has been flipped, but it changes when words and other tell-tale signs are in the scene.

So, how can you prevent this from happening or fix things after the fact? We show you how to flip a selfie photo on your Android phone.

Why is my photo backwards?

When you hold up your phone to take a selfie, the image you see is like looking in a mirror, which is why they are often called ‘mirorred’. Although the camera lens sees you in the same way as that of people looking at you in real life, the perceived wisdom is that being presented with that unnatural view of yourself can be a bit disconcerting: after all it’s not possible to look at yourself in that orientation unless you have an out-of-body experience. So, the image is reversed, creating the mirroring effect and allaying the need for transcendental meditation. 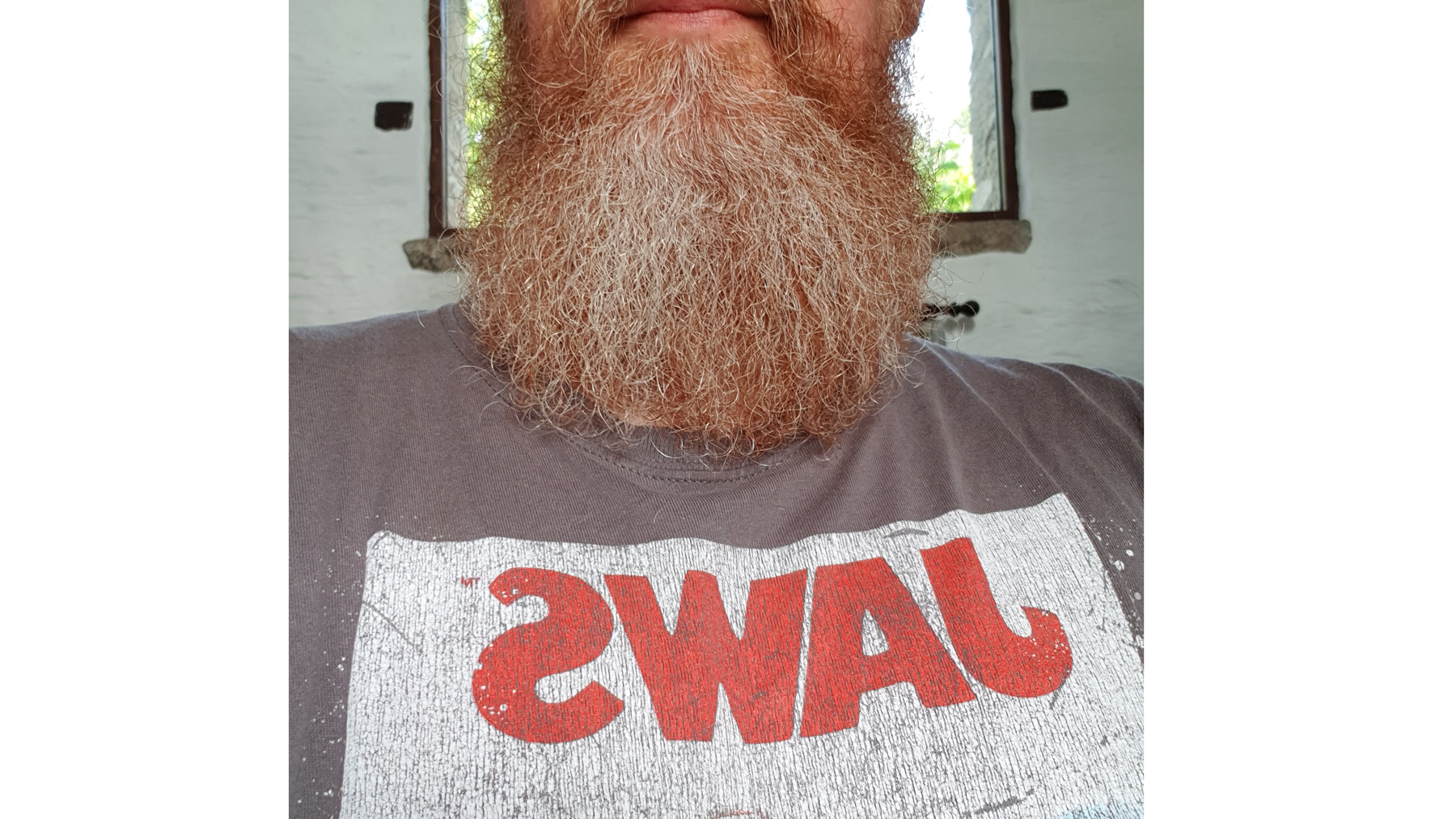 How do I stop my phone flipping my pictures?

Obviously, the easiest solution would be to prevent the files being saved in the flipped orientation in the first place. Many Android phones offer this ability, but it’s usually hidden away in the Settings menu. Some phones even offer you the choice of whether to save selfies flipped or not when you first take one.

But assuming you picked ‘mirrored’ and now regret it, open the Camera app and look for Settings. Sometimes this is the classic gear icon, but it might be three dots, while some phones have a Settings option. Tap whichever one you find on your device.

Now scroll through the options until you find an option along the lines of Mirrored photo or Pictures as previewed. We found the former on the  OnePlus 7 Pro but the latter on a  Samsung Galaxy S9. Those with a Google Pixel or any of the Android One models that use a pure version of Android (or rather Google’s preferred layout) will find the option down as Mirror photos for front camera. In all cases, turn the setting off and selfies will be saved the correct way round from now on. 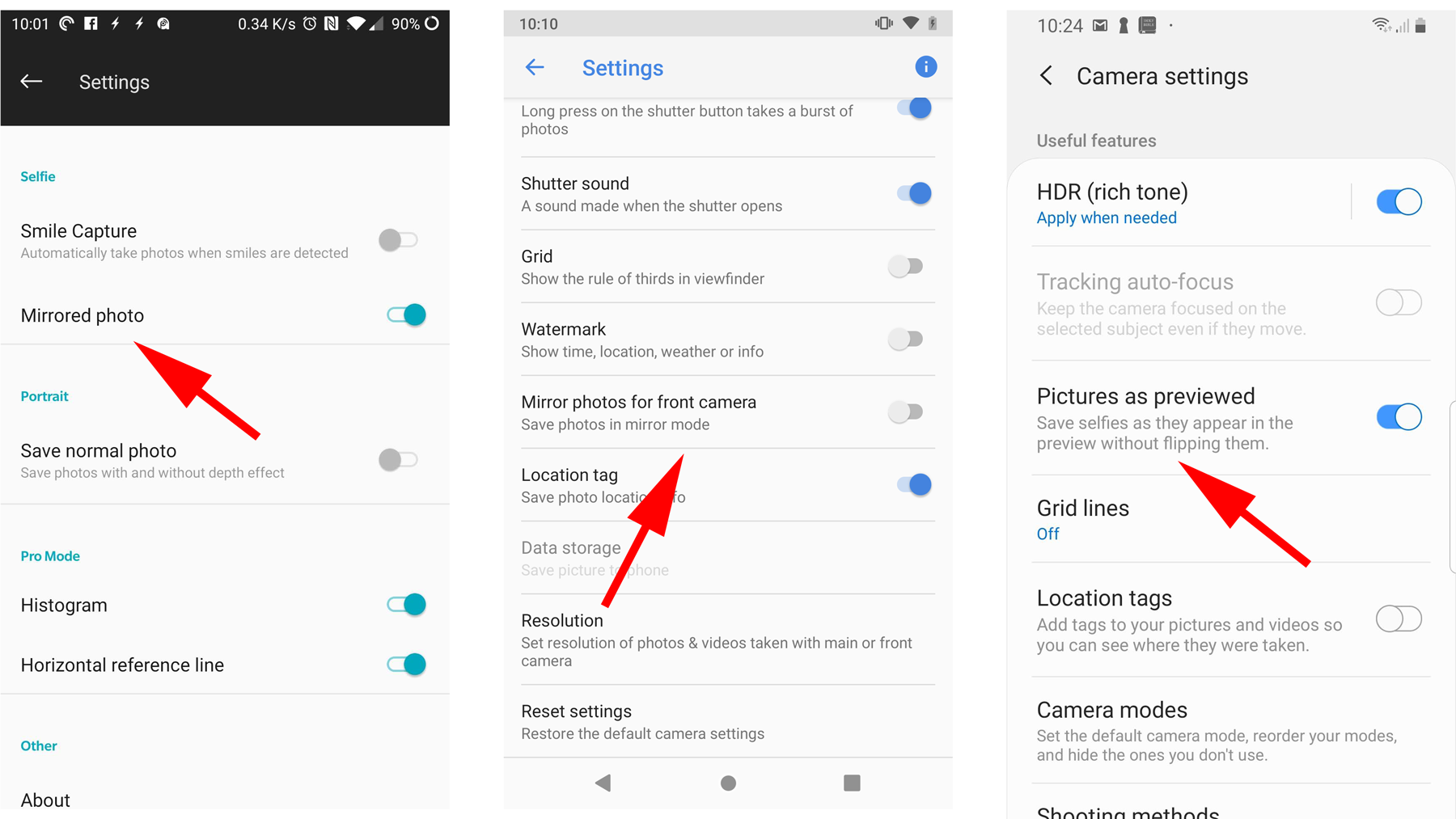 Bear in mind that the selfie camera will still appear to flip the image for the preview while you’re taking it, but the saved version will be in the correct orientation. Also, this only applies to photos captured after you’ve changed the setting, as all previous images have already been saved. 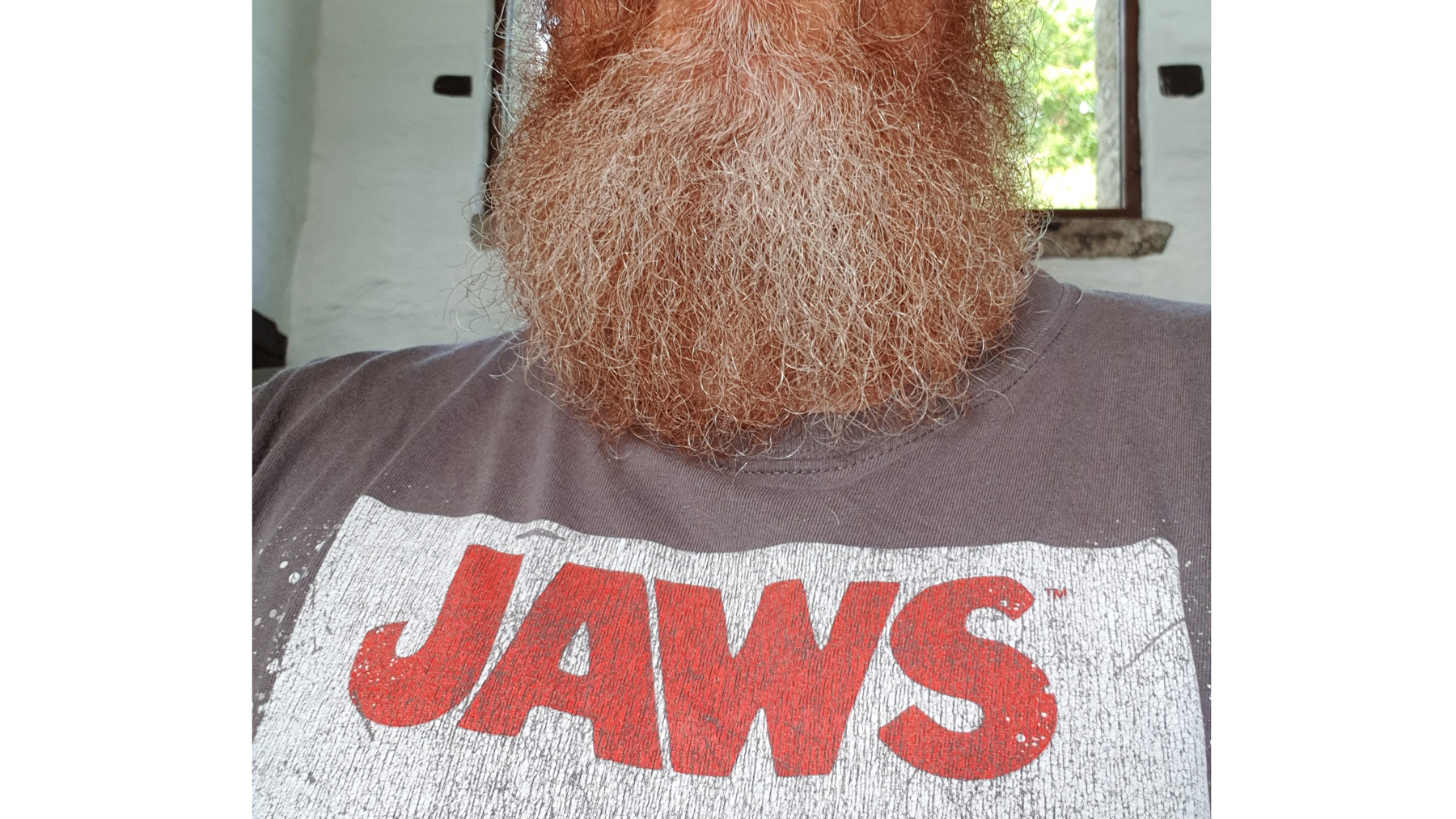 How do I flip a photo on Android?

If you want to change a mirrored image to a normal view one, it’s not difficult. You probably won’t be able to do it with the built-in photo viewer on your device, but this is easily rectified by downloading Google’s free Snapseed app.

Launch it and open the photo you want to fix. Tap the Tools option at the bottom of the screen, then select Rotate from the menu that appears. 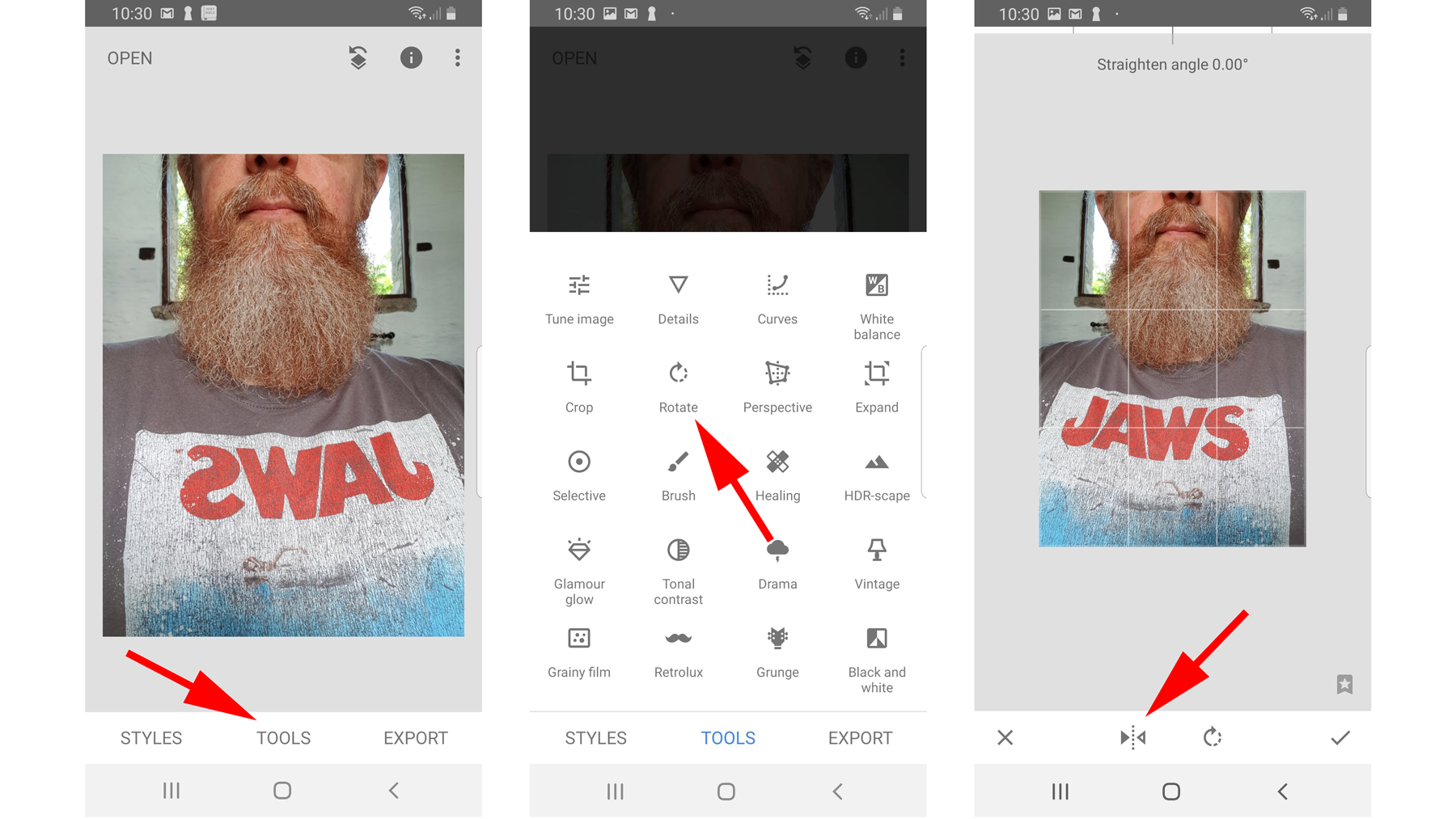 At the bottom of the display you’ll see an icon the has two arrows pointing at each other, with a dotted vertical line between them. Tap this and you should see your image flip back to a normal orientation. Tap the tick icon in the bottom right corner to save the changes and you’re done.

Want to take better pictures? Check out these 25 techniques that will improve your photography