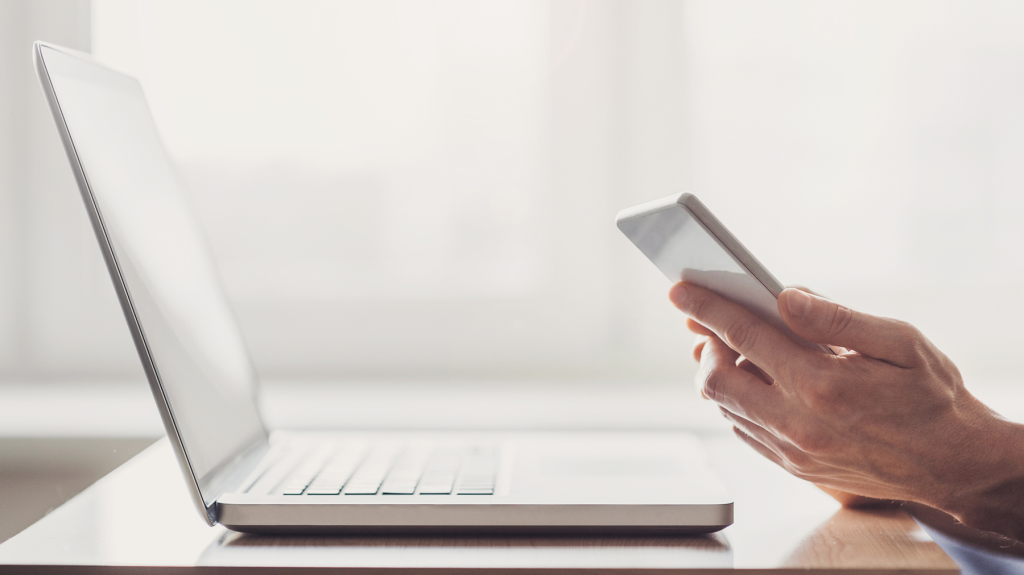 Apple users have long enjoyed the ability to receive text messages and other notifications from their iPhones on their Macs thanks to the company’s iMessage system. Now, Windows 10 and Android smartphones offer the same compatibility via the Your Phone app from Microsoft. Here’s the quick and easy way to have all your mobile notifications appear on your PC.

What is the Microsoft Your Phone app?

Launched in 2015, Microsoft’s Your Phone Companion app was initially only able to move photos between your PC and Android phone. Now, it’s been updated to handle notifications as well, making it far more useful. The app runs on phones with Android 7.0 (Nougat) or above and requires Windows 10 version April 2018 Update or later on your PC. There is a version for iPhone, but this is very limited, only allowing the sharing of webpages between devices.

In terms of notifications, you’ll only get these right now if you are a Windows Insider, which means running the latest beta versions of Windows 10. If not, you will only be able to sync photos and SMS messages.Here’s what notifications look like in the Your Phone app: 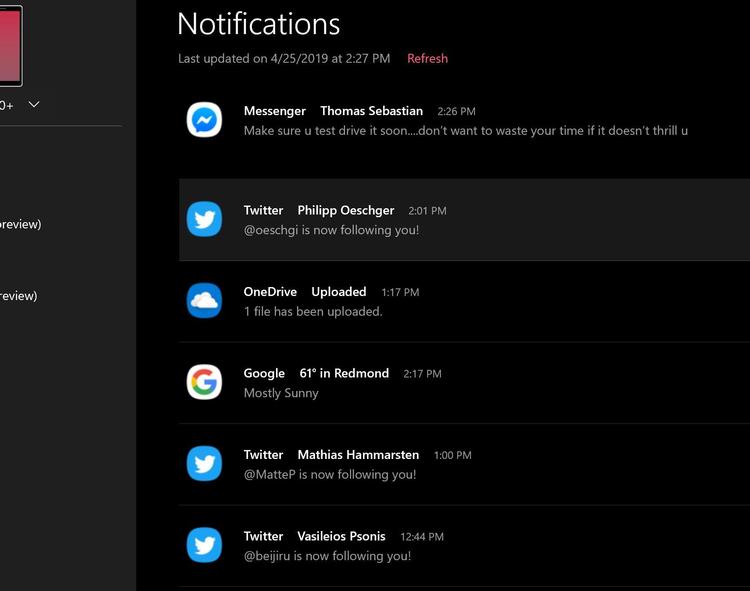 Also, even for Insiders, Microsoft says the notifications feature is being rolled out systematically. But it also says that it notifications will arrive “very soon” for those running the regular (and not beta versions) of Windows 10.

How do I connect my laptop to my phone?

First ensure that your PC is up to date and running the latest version of Windows 10. To do this open Settings > Update & Security then check the Windows Update section to see if there are any notifications of newer versions. Then, go to the Google Play Store on your Android phone and download the Your Phone Companion app from Microsoft.

With this installed, launch it and you’ll be taken through the steps to set it up on your phone. The first is to sign in with your Microsoft account, followed by granting the app various permissions on your handset. The latter includes access to photos and media, the ability to view and send SMS messages, manage phone calls, and access your contacts. Tap Allow for all of these, as they are necessary for the app to work correctly. 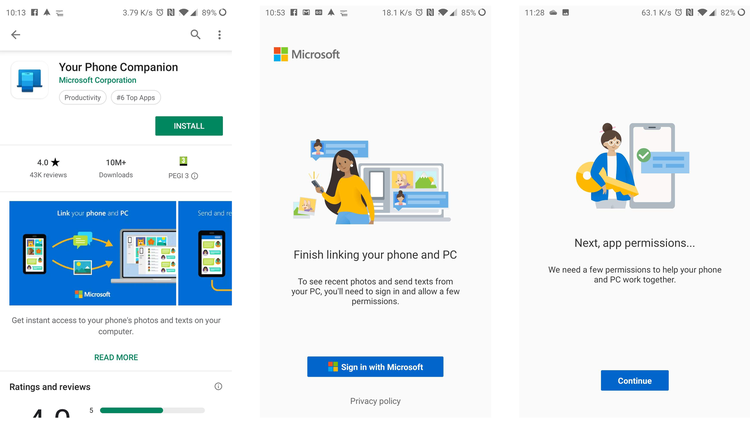 The app also needs to run in the background, in order to monitor messages and then forward them to your PC. This can have an effect on battery life, but hopefully it will be negligible. Finally, you’ll be prompted to sign-in to your PC to finish setting up the app. Tap the Show Me button for instructions on what to do. 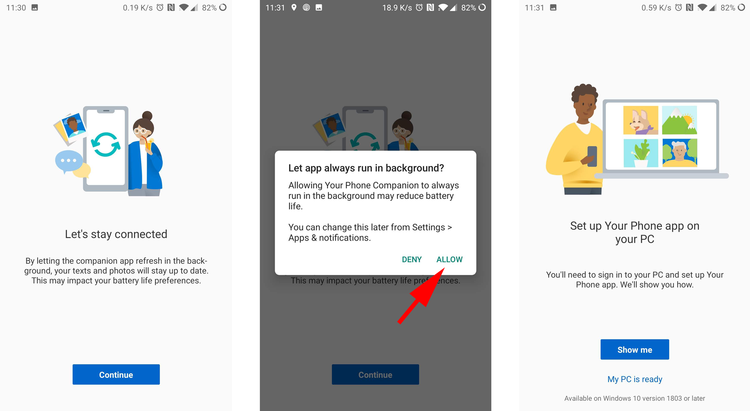 On your PC, make sure you’re signed in to your Microsoft account (check by going to Settings>Accounts), then open the Start Menu and click on the Microsoft Store icon.

Search for the Your Phone app and click the Get button to install it on your PC. Once this is done, click the Launch button to get things started. 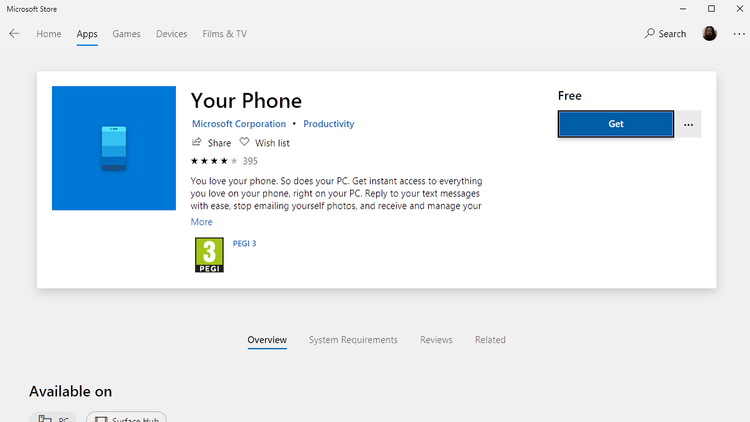 You’ll now be sent a notification on your phone asking for permission to connect to your PC. Tap Allow and they will magically become linked. 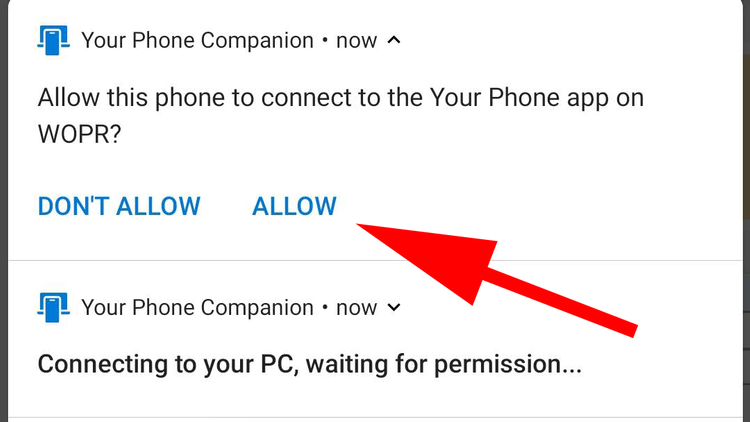 On the PC app you’ll see a box appear with a few options on the left column. These include the pictures and text messages from your phone. Click each to see that everything is syncing properly, then try sending a text message. 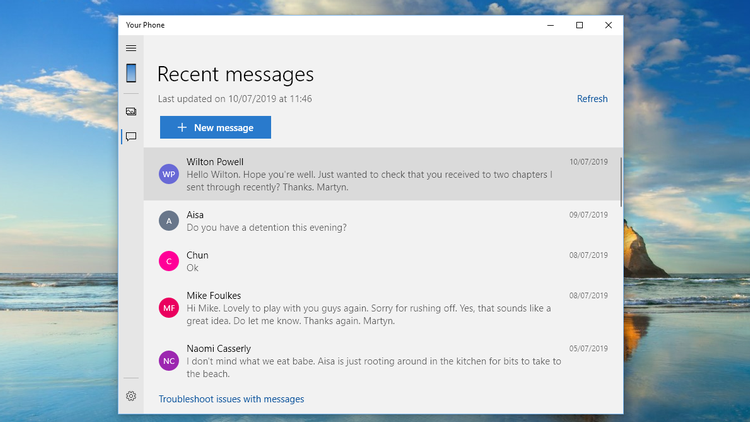 That’s it. You should now be able to receive and send text messages directly from your Windows 10 PC. Isn’t technology marvellous? For more ways to get the most out of your technology take a look at Best Android tips & tricks and How to use Windows 10.