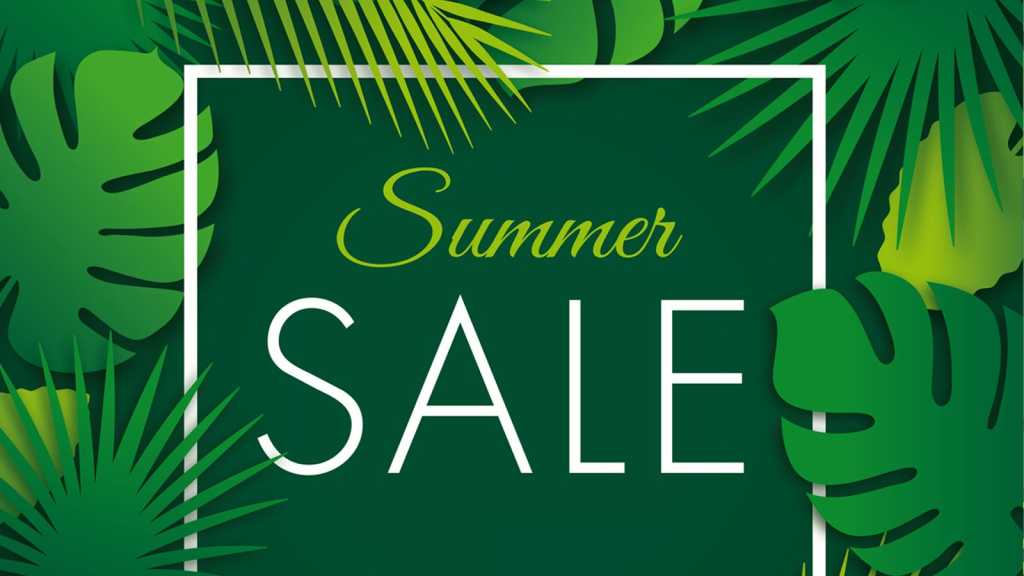 Prime Day may be the biggest sales event of the summer (now with £20 off the annual Prime membership cost), but other retailers are competing tooth and nail – which is great if you’re looking for a steep bargain across phones, laptops and PCs, audio, smart home, and other popular tech categories.

Discounts have started rolling in already and we’re keeping tabs on all the biggest summer sales on right now across major UK retailers like eBay, Currys PC World, John Lewis, Argos, VERY, and manufacturers like Dell and HP.

We will be growing this list so watch this space!

See our full coverage of eBay’s deals or head to eBay to see all its deals for yourself.

HP’s Summer Sale may have ended, which had deals across Spectre, Envy and Omen machines, but excellent deals are still to be had on Spectre and Envy ranges at the Premium Sale, which ends Tuesday. You can save £200 on 13in and 15in Spectre x360 laptops with code PREM200. There’s also £200 off the 13in Spectre Folio using the same code.

There’s 15% off on Alienware Gaming PCs until 14 July with code AW15 as well.

We’ve listed a few key products on offer until 14 July below. Be sure to try the voucher codes above where appropriate to save even more. You can see all discounts on Dell’s site

Fitbit’s Summer Sale in the US has arrived with $30 off the Versa, Charge 3 Special Edition, and Charge 3. The Ionic (Adidas version) gets $50 off too. You can get free two-day shipping on orders of $50 or more. The sale ends 20 July.

Go to the Fitbit Store US to see all deals.

We’re hoping to see a similar sale hit the Fitbit Store UK and will update this article if it does, so stay tuned. In the meantime, you can see our round up of the best Fitbit deals of the month right here.

Currys is hosting its own mega sale, the Black Tag Summer Event, in partnership with Google (a direct jab towards Amazon, perhaps?). A couple of key deals we’re seeing includes a free Google Home mini with a Fitbit Inspire which has £34.99 off (now £79) or a free Home Mini with the Hive Active Heating Thermostat which has £8 off (now £179.99).

You can save on audio products like speakers and headphones on brands like JBL, Bose, Beats, Sony, Marshall and LG. See all audio deals from Currys.

Computers are also discounted with up to 25% off on top of existing discounts in some cases. Brands include HP, Lenovo and Acer. See Curry’s Computing deals here.

John Lewis is another retailer punching back with its own major sale with up to 20% off electrical and computing.

Here are some of the other top deals on now:

Head to John Lewis now to see all its electrical deals and all computing deals.

Very.co.uk also has a Summer Sale until 11 July, with up to 30% off Electricals. You can see all discounts across all departments here.

Here are some top deals on right now:

Head over to Very right now to see all its deals and discounts.

Argos also has its Home Sale on now but you can still find a few tech deals in the mix. The Fitbit Ace Kids Activity Tracker has £20 off and is now £39.99, and the Galaxy S8 Plus with 64GB storage is now £379.95, which Argos claims is their lowest price yet.

Get 25% off the Philips Wireless On-Ear headphones there’s also £20 off the Fossil 41mm Sports Smart Watch.

Debenhams may not be the best destination for phone and computing tech deals, but its current sale is slashing off up to 60% on lifestyle tech. Coffee machines like the Tassimo by Bosch Vivy 2 has been reduced to £40 from £100, while the Jura D60 bean to cup coffee machine has been reduced from £745 to £479, a price £35 cheaper than Amazon’s.

The Oral-B Pro 650 electric toothbrush is also seeing a 50% discount, bringing the price to £25. You can  see other deals on electricals over at Debenhams, including discounts on hair straighteners, kettles, kitchen appliances, and more.

We’ll be adding more summer sales, deals and discounts to this round up, and of course if you still want to be fully updated on all things Prime Day, see our  dedicated article