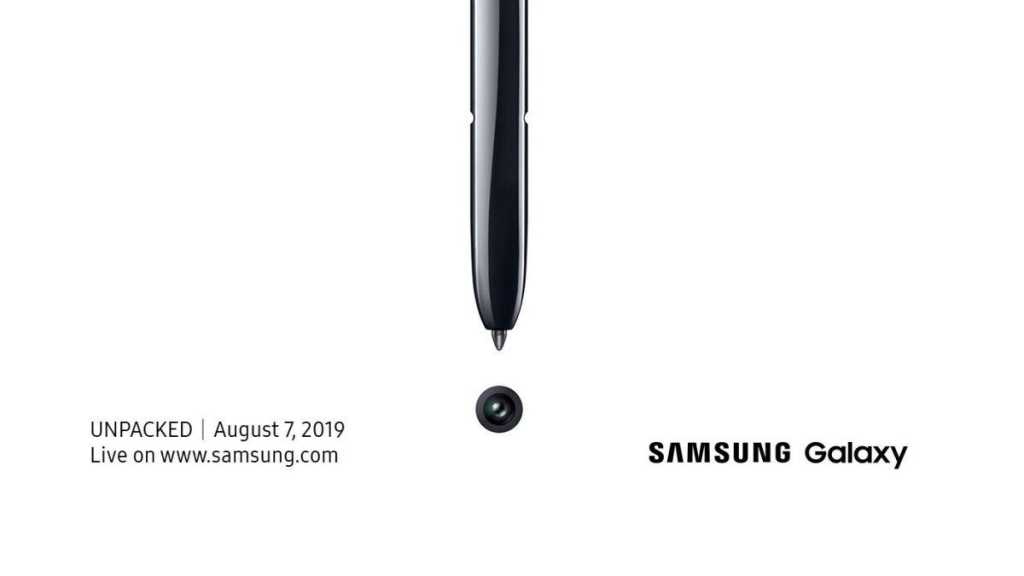 Be first to know all about the new Galaxy Note 10 by following a live stream of Samsung’s Unpacked press conference from New York. We’ve embedded the video feed at the top of this page, and outline below all your options for tuning in.

(If you are using an ad blocker it may be preventing you from viewing the live stream – right-click AdBlock in the browser toolbar and choose ‘Pause on this site’. You may need to reload the page after.)

What time is the Samsung Galaxy Note 10 launch?

Here in the UK Samsung will be live-streaming its event from 9pm BST on 7 August 2019. In the US you’ll need to set a reminder for 1pm over on the East Coast, and 4pm on the West Coast. In France, Spain and other parts of Europe the live stream will begin at 10pm.

Where can I watch the Samsung Galaxy Note 10 launch?

As well as the live stream at the top of this page (sadly no longer available), Samsung will be hosting the launch on several key platforms, including its YouTube channel, which is handy if you are watching on a mobile device or television. Other places to watch include Samsung’s Unpacked website.

What will be announced at Samsung Unpacked?

Samsung announced its Galaxy Tab S6 and Galaxy Watch Active 2 ahead of Unpacked so Note 10 could have all the limelight to itself, which means we’re not expecting any surprises such as a Galaxy Home Mini or Samsung Galaxy S11 (the latter won’t be here until February).

However, to say the event is purely about the Note 10 is a bit of an understatement, given that Note 10 is no longer one but three. For the first time it will be joined by a Plus model, while as we saw with Galaxy S10 we can also expect a 5G variant.

A key difference between standard and Plus is likely to be their size, with the Note 10 rumoured to measure 6.3in on the diagonal and its bigger brother 6.8in, both with integrated ultrasonic in-display fingerprint sensors which are new to the line.

With a larger body it will also have room for a higher-capacity battery and microSD support, but aside from this the only major difference is expected to be the addition of a fourth camera at the rear.

Note 10 and Note 10 Plus will each feature an enhanced S Pen, with new air gestures, and offer powerful performance with a 7nm processor and minimum 8GB RAM and 256GB storage. Charging is also thought to get faster – as high as 45W.

Just as interesting is what we’re losing over Note 9, however, and Samsung is said to have finally taken the plunge and ditched the headphone jack, softening the blow somewhat with AKG-tuned speakers and wired (USB-C) headphones. The Bixby button and heart-rate sensor have also been culled, if rumours are to be believed.