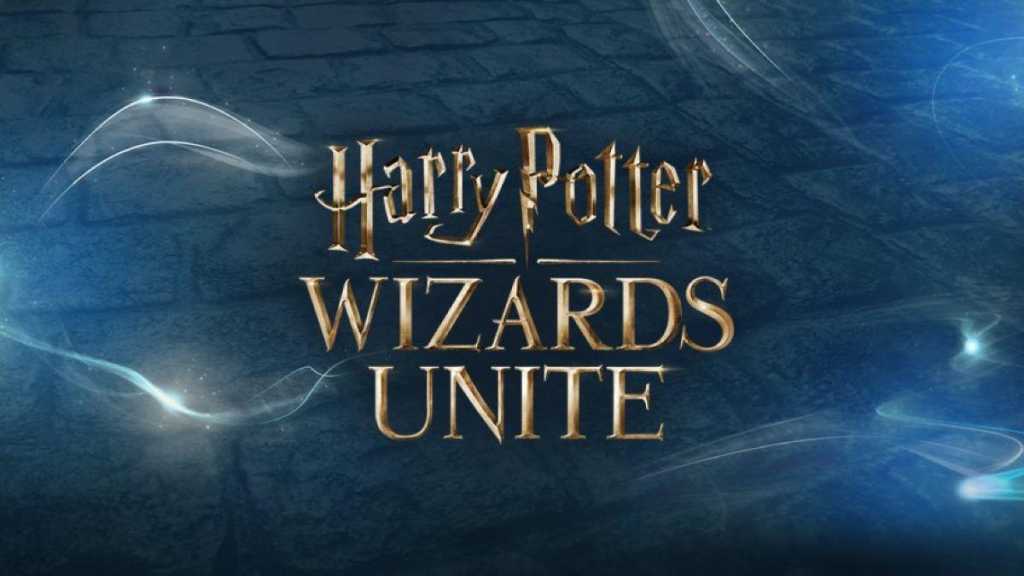 Harry Potter: Wizards Unite is finally available to download around the world, following a period of beta testing in New Zealand and Australia. Fans can now download the game on iOS and Android and explore the wizarding world, dispelling Confoundables, brewing potions and taking on Fortresses with your fellow witches and wizards.

But while Pokémon GO was relatively straightforward, Harry Potter: Wizards Unite is a little more complicated. If you feel a bit lost playing the game, don’t worry – we’ve been playing since the game was released, and we’ve got a few nuggets of knowledge to pass on.

Here’s the top Harry Potter: Wizards Unite tips and tricks to get the most out of the AR-enabled wizarding world. 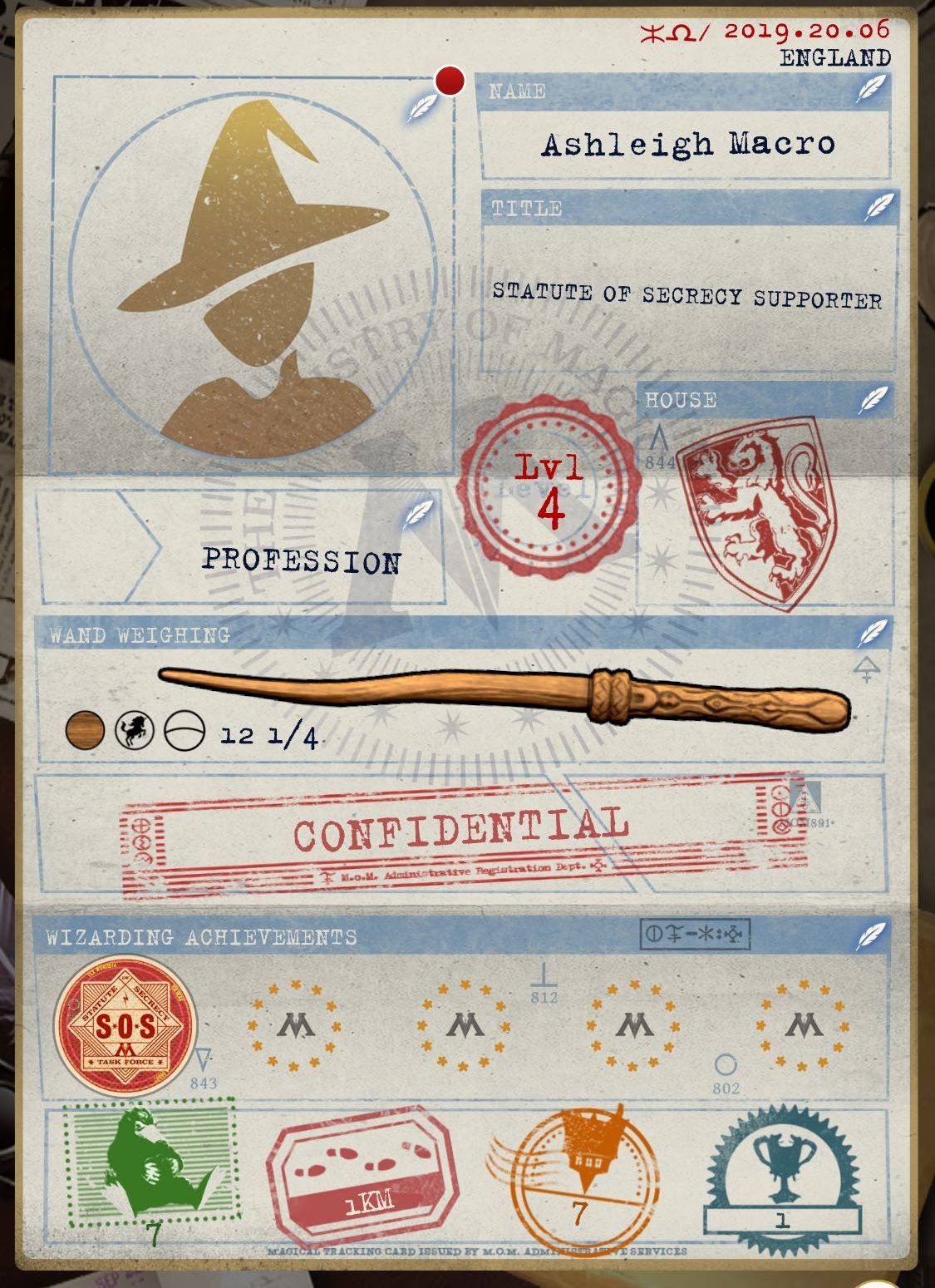 When you first jump into the wizarding world of Wizards Unite, you’ll be prompted to make a decision on not only your preferred house, but your wand, title and more. This may seem overwhelming to some players, but don’t worry; these choices can be changed freely at any point.

It’s a similar story with professions, which are unlocked at level 6. You can swap between professions at any point, allowing players to adapt to the mystical enemies you come up against in Fortresses. Just be sure to change it before you begin the battle! 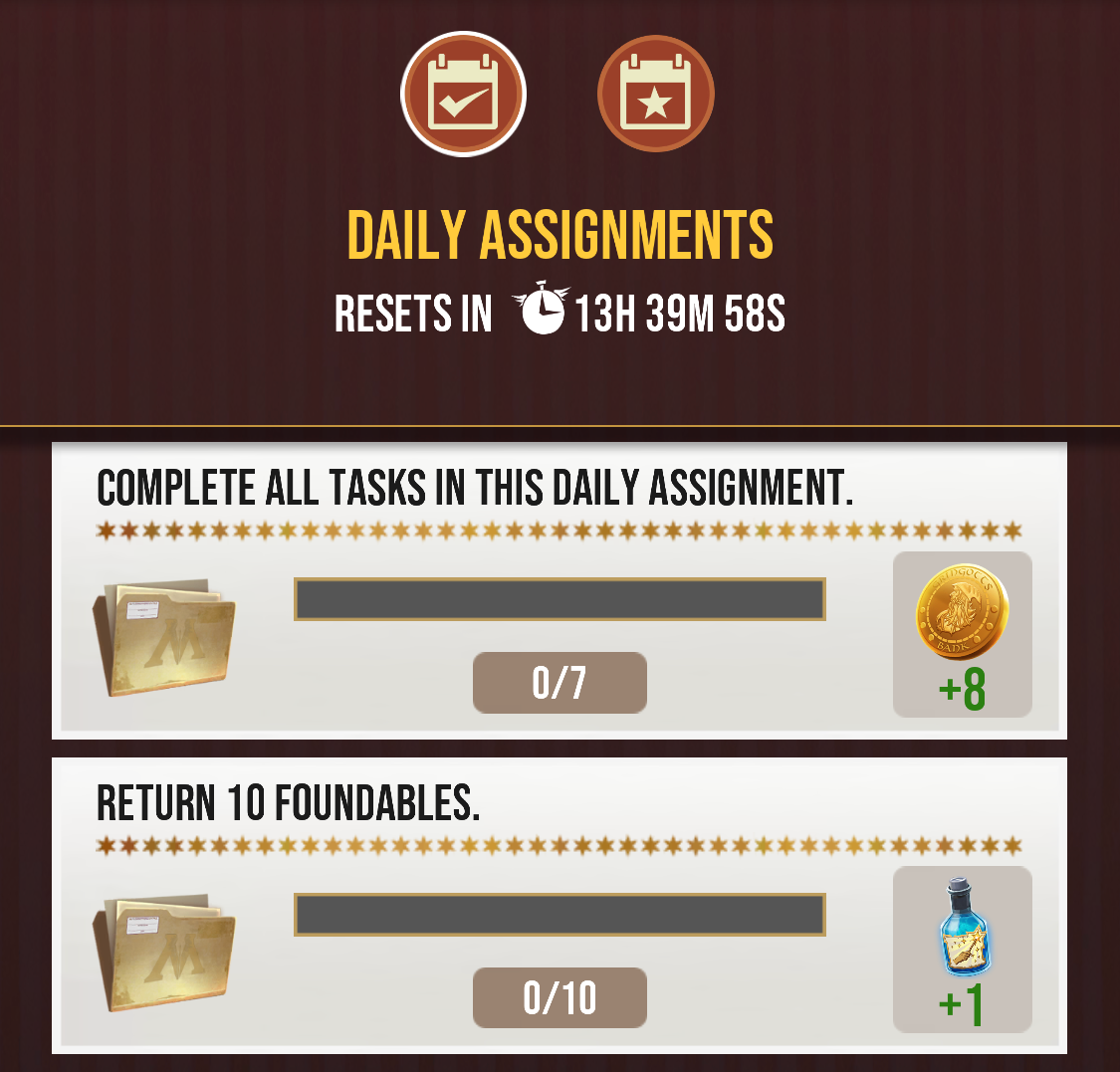 On the bottom right of the app, you’ll find a tap specifically for Daily Assignments. A simple tap will take you to the list of assignments which, as the name suggests, are updated on a daily basis. These tasks are usually fairly simple, and the reward of gold, XP and items make them well worth doing.

At the very least, it’s a good way for new players to farm XP, items and potion ingredients early on in-game.

If you see the bar at the top of the display turn red, you may as well save yourself some Magic Energy and run away. You’ll need to level up or down some potions to make your magic more powerful before taking on these high-level enemies.

Despite the books and movies making a huge deal about being extremely precise with spellcasting, it’s oddly not the case in Harry Potter: Wizards Unite. During captures and battles, you’re presented with an outline that you’re supposed to trace to cast the spell.

While the straight lines are complex, there are some more difficult spells on offer, and while you may be tempted to go slow and trace the perfect line, you may find the end result a little underwhelming. Instead of tracing the perfect spell, try and cast it quickly – chances are that even with slight mistakes, your spell will be more powerful.

Visit Inns to get Spell Energy 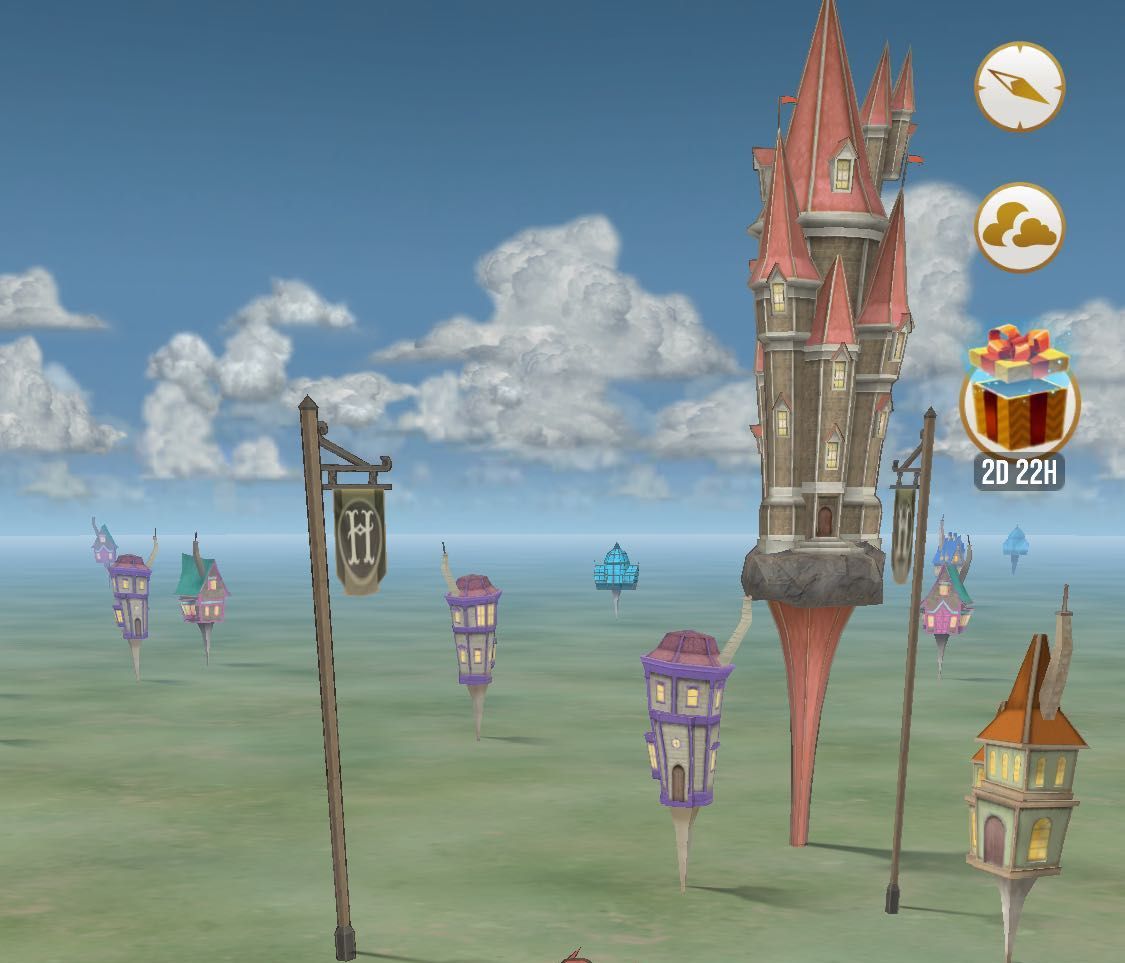 While on the subject of spellcasting, it’s worth pointing out that every spell you cast uses up Spell Energy – think of it like Pokéballs in Pokémon GO. While you can shell out your hard-earned cash for gold and spell energy, we’d recommend going on a walk and visit a bunch of Inns.

The best part is that you can revisit an Inn after five minutes, so if you go on a round trip you should have enough Spell Energy to take on that Fortress you’ve been eyeing up.

That’s not the only way to get Spell Energy – in fact, we’ve got a detailed tutorial on how to get more spell energy in Harry Potter: Wizards Unite for those struggling.

Level up faster with friends

Harry Potter: Wizards Unite is designed to be played with friends, and the game rewards those who do so. As well as ganging up with your pals to take on Fortresses – which we’ll come to next – you can complete a range of challenges with friends for bonus XP.

If you’re looking to level up quickly and take on the most dangerous creatures lurking in the wizarding world, it may be worth taking a buddy or two along with you.

Choosing the right Profession for Fortresses 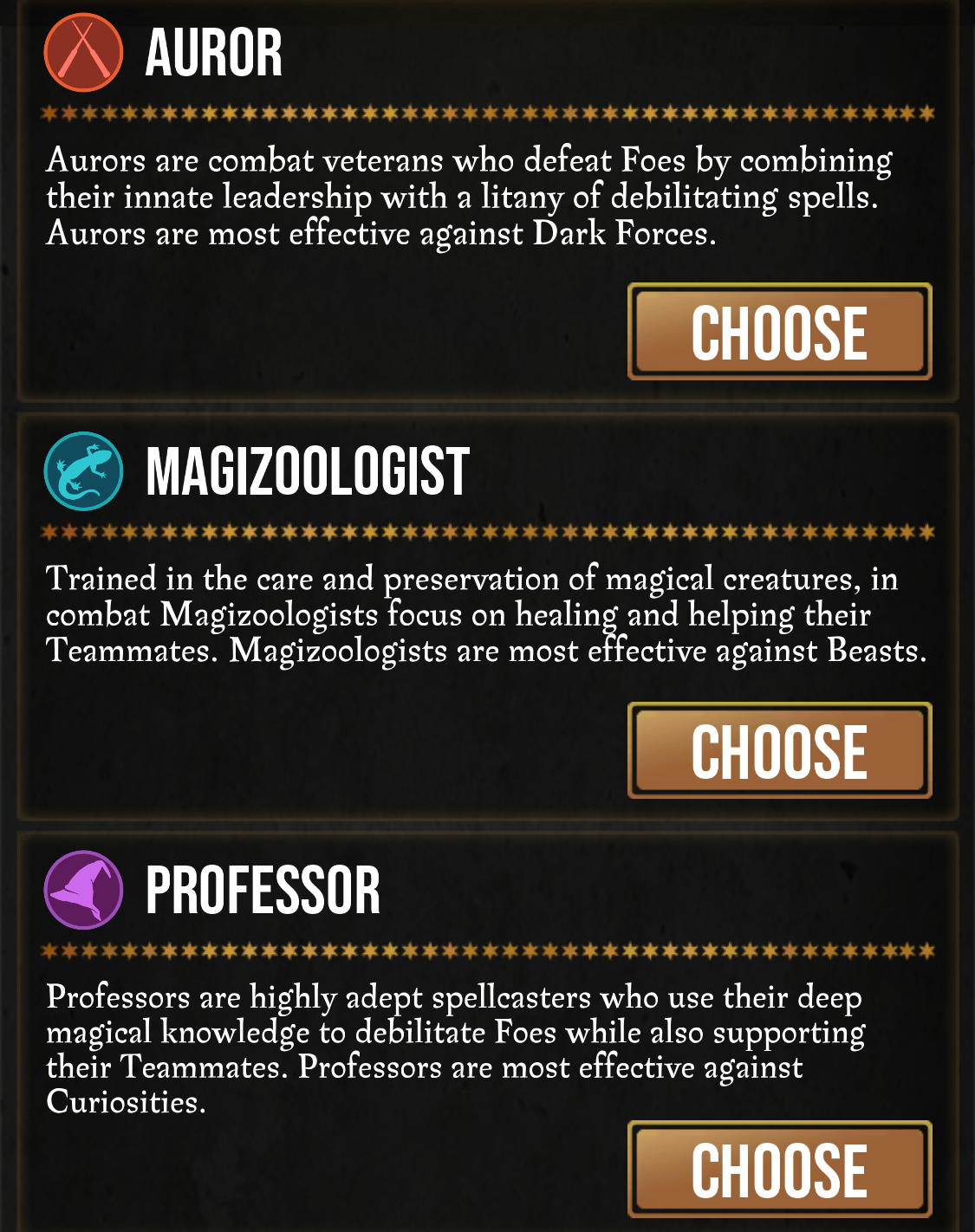 Professions in Harry Potter: Wizards Unite are much like classes you’d find in RPGs, with each role offering various strengths and weaknesses. You can choose between an Auror (high damage), Magizoologist (tank/healer) or a Professor (mage).

When you enter a Fortress with your friends, you’ll have to progress through a series of chambers with and battle powerful monsters. Professors can handle Curiosities, Aurors are effective against Death Eaters and other dark forces and Magizoologists make light work of magical beasts like Erklings. Play smart and you could make it through to the end!

Potion ingredients spawns are affected by the environment

Like Pokémon in Pokémon GO, different potion ingredients appear not only at different locations, but they’ll also vary depending on the time of day, type of weather and moon phase too.

There will likely be a fan-created site that’ll provide information on ingredient spawns at some point in the near future, but for now, you may want to take note of the conditions when you come across particularly rare ingredients.

Potions are very handy in Harry Potter: Wizards Unite, whether it’s a healing potion or a concoction that temporarily improves the power of your spells, so you’ll want to craft them as often as you can. The ability to craft potions is unlocked at level 6, and you’ll need a variety of ingredients found scattered across the world.

Once you’ve found the desired ingredients, you can craft your potion in the cauldron. You can speed up the process by drawing different symbols in the cauldron, and if you need a little bit of inspiration, you can tap the info button in the corner to see the different spells on offer. Experiment with the various gestures to discover the correct combination to speed up the process.

Once you’ve discovered the correct sequence it’ll be displayed at the top of the screen, saving you the hassle of trying to memorise them all yourself. It’s not like you’re actually a wizard or witch, right?

Daily rewards for logging in 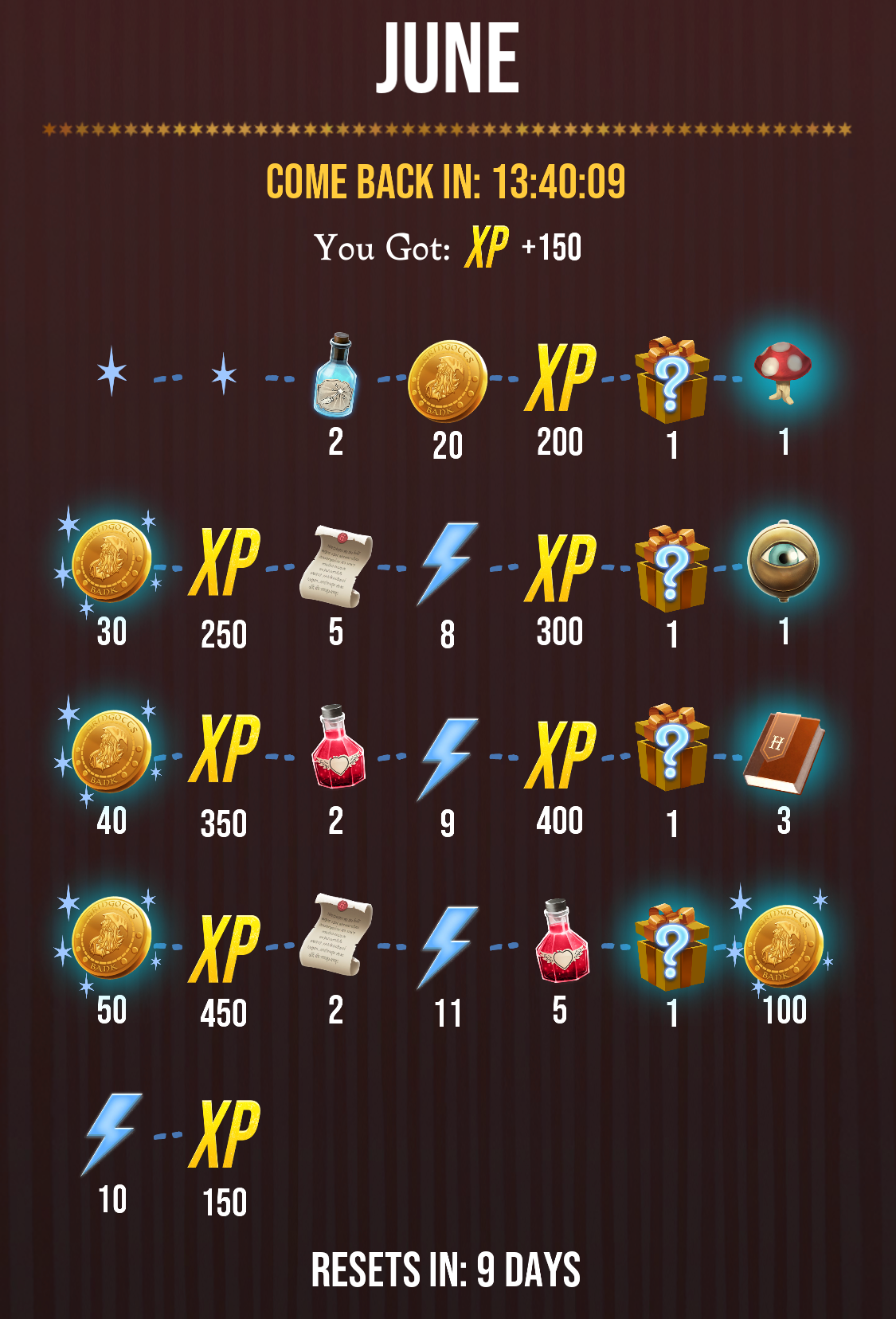 This one is really easy – open the app once a day and you’ll receive a login bonus in the form of XP, items, Spell Energy and more. These bonuses improve as your streak increases, so it’s well worth doing – unless you forget, like we often do!

We’d recommend taking a powerbank with you while exploring the world and dispelling Confoundables, as the combination of GPS and gameplay will likely translate to severe battery drain!

We’ve got a roundup of the best powerbanks if you’re yet to pick one up.