DVDs used to be hassle-free in Windows 7, but since Microsoft removed Windows Media Centre and now charges for a DVD codec, many users have found they can’t easily play DVDs in Windows 10.

Windows DVD Player costs £12.49, but that’s all it does. It won’t make a backup of your DVDs, and it won’t play discs if their region doesn’t match that of your DVD drive. In addition, Windows DVD Player doesn’t handle damaged or scratched discs well, doesn’t support Blu-ray discs either and has been known to crash following a recent Windows update. So, all in all, it’s not the best option.

Windows Media Player 12 comes with Windows 10, but it’s not a solution as it doesn’t support DVDs, and lacks the necessary media decoder.

If all you need is to watch your DVDs on a Windows laptop or PC then try downloading 5Kplayer. It’s free and will play a multitude of video formats, as well as DVDs and region-coded discs. Obviously, you still need a DVD – or Blu-ray – drive to play discs in 5Kplayer, but you had already worked that out.

How to fix DVD playback problems in Windows

Another option is WinX DVD Ripper Platinum which will cure a whole lot of other headaches associated with DVD playback.

The way it gets around all these problems is by converting the video on a DVD into a digital format that’s easily played in Windows 10, and removing the need for the physical disc.

Plus, it means you then have a backup of the film, TV show or whatever content was on the disc.

With WinX DVD Ripper Platinum you can rip DVDs to whichever format you prefer, including MP4 which is compatible with Windows 10 and most other devices as well. You can make copies and other backups of the videos and it’s easy to share them with other Windows 10 laptops or PCs, as well as phones and tablets. 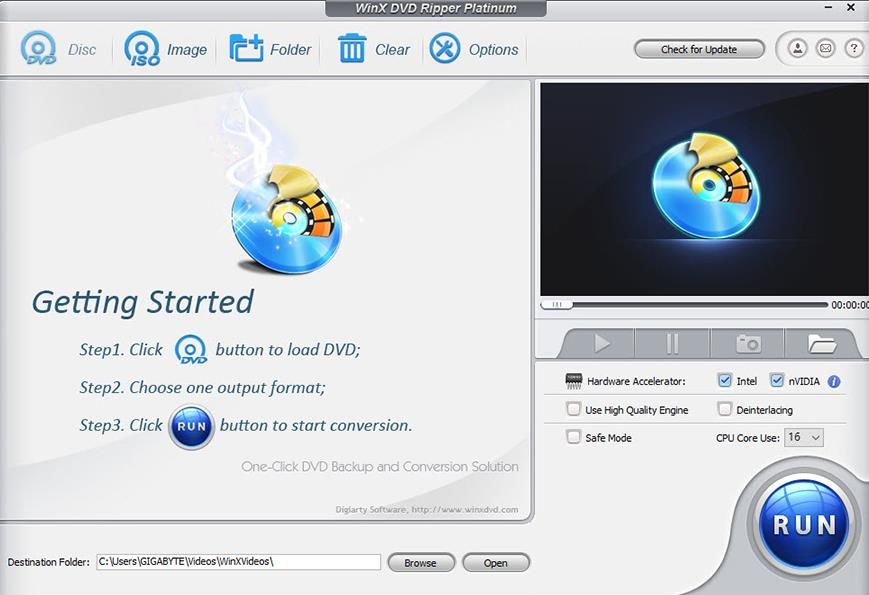 Amazingly, WinX DVD Ripper Platinum can still rip DVDs which are damaged, scratched or dirty, as well as old discs which are not readable by some players.

It can also handle DVDs with encryption such as 99-title, CSS encryption, new UOP, Sony ARccOS and Disney X-project and can decrypt region-coded DVDs . It’s things like this which often prevent a DVD playing in Windows 10, so using DVD Ripper with your whole DVD collection means you can rest assured that all your favourite films are ready to play on your PC or laptop whenever you feel like watching them.

The Platinum version of the software has many great features, but the main one is the huge support for all the types of DVD out there. We’ve already mentioned some of the encryption methods used, one of which is when the movie is split across 99 titles. Most DVD ripping software is confused by this and can’t rip the disc, but WinX DVD Ripper Platinum can.

It’s also fast thanks to its full support for multi-core CPUs and GPUs. It means you’ll only have to wait a few minutes for the whole disc to be converted. The unique Level-3 hardware acceleration means that, as long as your computer and DVD drive are fast enough, a two-hour film can be ripped in under 5 minutes. 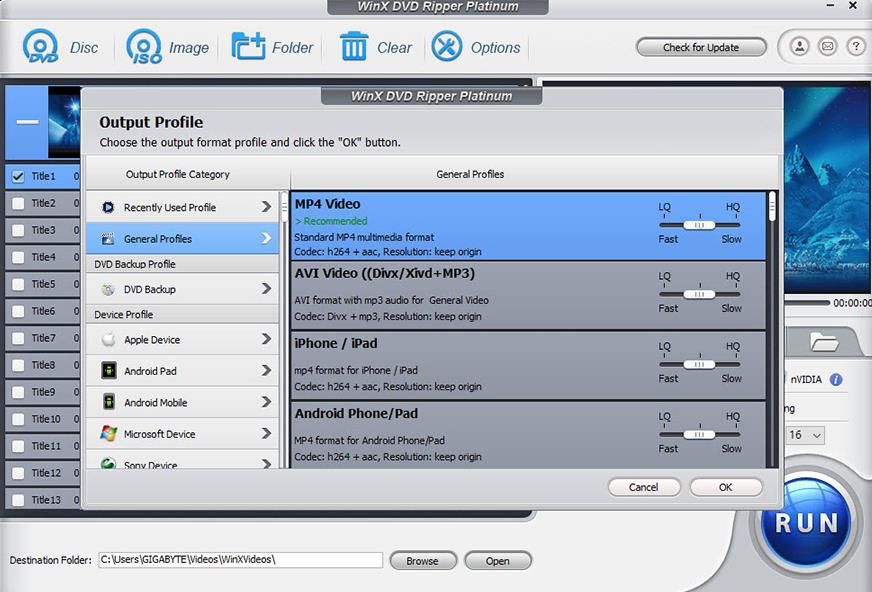 Despite this speed, no quality is lost during the process. The high-quality engine deinterlaces and processes each frame and ensures a lossless conversion. In other words, the resulting file will look just as good as the original with audio perfectly in sync with the video.

If you want to change anything, such as the aspect ratio to suit modern widescreens, that’s easy to achieve and you can also back up the entire contents of a DVD, including all the audio languages, surround-sound audio and subtitles, plus DVD extras. Doing this allows you to burn it all to a new DVD which isn’t scratched or damaged, and with no copy protection or encryption.

You can even force subtitles so the ripped video has captions on it.

To find out more about WinX DVD Ripper Platinum and to download it, visit the WinX DVD website. Currently there’s 50% off so you can get it for $29.95 instead of $59.95.