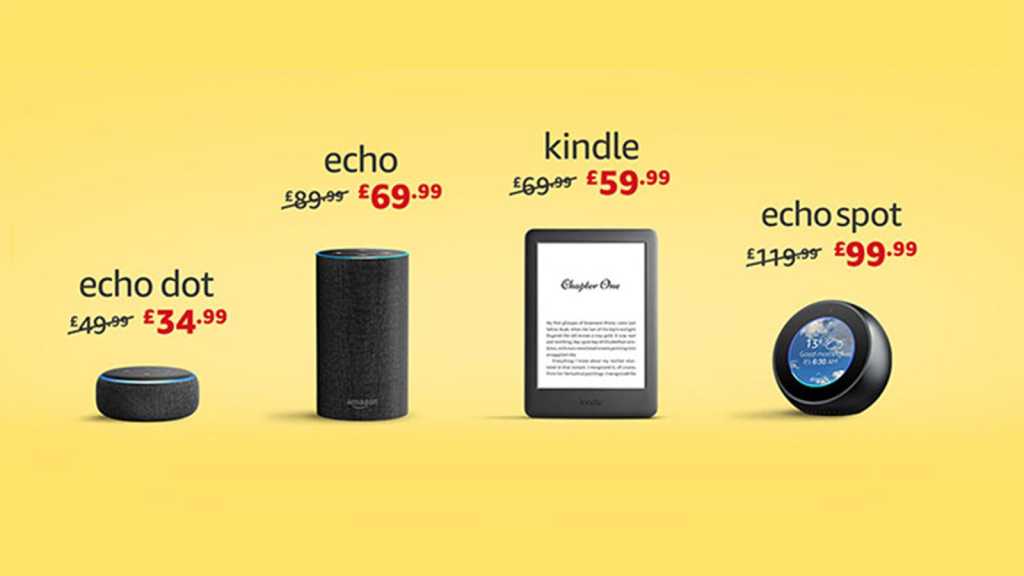 We often see deals on Amazon devices during Prime Day, which is expected mid-next month. Yet right now, Amazon has continued its deals over from Father’s Day on many of its top Echo, Kindle and Fire devices. We’ve gathered all the deals below.

We have seen steeper discounts before, which we’ve outlined, so look out for lower prices on Prime Day.

Also see our guide to Amazon Prime so you can pick up even more discounts when Prime Day arrives.

£15 off Echo Input – now £19.99. The Echo Input is a clever option if you want to turns any of your existing speakers into an Alexa-enabled smart speaker. You’ll just need to plug it in via the audio input port or connect via Bluetooth. Prices have never dropped below £19.99, so look out for anything lower on Prime Day.

£10 off All-new Kindle – now £59.99: The recently released All-new Kindle comes with a built-in reading light. This is the first time the price has dropped. Plus now, Prime members can pick it up with free delivery.

While there aren’t any deals on Fire tablets this instant, you can pick up a bundle on the Amazon Fire TV Stick with Alexa remote and Echo Dot 3 for £74.98 (worth £89.98 when bought separately).

The bundle price has dropped a few times in the past, down to £49.99 in February and March, so it may be worth waiting to see what Prime Day has in store.