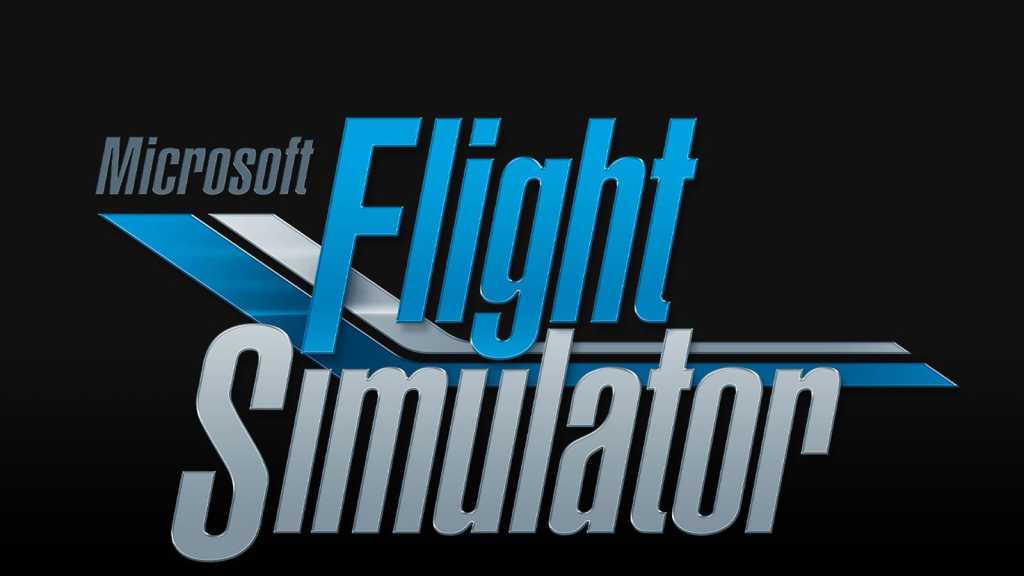 Microsoft Flight Simulator has a 2020 revival, with pristine graphics underpinned by a full, dynamic recreation of the planet Earth.

This is the first game in the series since Flight Simulator X way back in 2006, so it’s fair to say that fans were waiting a while for this one. It’s been built fresh from the ground-up, with a painstaking recreation of Earth based on satellite data and Microsoft’s Azure AI, and a whole new physics engine too.

When does Microsoft Flight Simulator release on Xbox?

The new Flight Simulator is out on PC now. You can order it right now from Microsoft, though the game is also included within Xbox Game Pass for PC.

The game is also going to release on Xbox, but there’s no set release date yet. That makes it seem likely that the game will be launching not only on Xbox One, but also the upcoming Xbox Series X.

Which version of Flight Simulator should I buy?

There are several different versions to choose from:

Note that each version of the game includes all the airports available – including thousands from around the world – but the Deluxe and Premium editions include extra “hand-crafted” versions of airports with more immersive and detailed experiences.

If your internet connection is too slow to download the 90GB+ game, you can also pick up a physical copy of the flight sim comprised of a whopping 10 discs. The discs contain the entire digital world Asobo has recreated, bar any updates between the manufacture date and release of the game, so it should save you a lot of time.

It’s focused at European customers, and can be ordered from the Aerosoft website. It’s available in the Standard (€69.99) and Premium Deluxe (€129.99) editions.

Microsoft has announced that Flight Simulator will support VR, but not from launch. That’s in part because the virtual reality support has been developed in partnership with HP specifically for its upcoming Reverb G2 headset, which offers a mad 4320 x 2160 resolution – more than double the pixel count of the Oculus Rift S.

Flight Simulator will be a launch title for the Reverb G2, but since the headset itself doesn’t have a firm release date that means we don’t know exactly when VR support itself will arrive – though you can still pre-order the Reverb G2 if you know you’re sold on it.

The good news is that VR testing will begin soon, according to the devs. Interested players can sign up to a closed VR beta test that’ll begin at the end of October or early November, according to a Q&A video. And, despite the fact the devs told Polygon that they’d only work on VR support for other headsets after the Reverb G2 launch, the first beta test supports any Windows Mixed Reality headset.

There’s said to be a second beta test further along the line that’ll bring support for the likes of the Oculus Rift S, Vive Cosmos and Valve Index, but there’s no word on specifics just yet.

There is a long list of requirements if you do want to take part in the beta though; you’ll have to own the game, own a Windows Mixed Reality headset, be a registered Microsoft Flight Simulator Insider and sign an NDA, and that’s not including the beefy PC you’ll need to power the experience. Your PC needs a GeForce GTX 1080 with 8GB of VRAM or better and 16GB of RAM at the very minimum.

And, if it wasn’t enough, you’ll even have to prove your PC qualifies by submitting your DxDiag so Microsoft can confirm the specs. Quite the list of requirements then, but with such a dedicated fanbase, it’s likely that the closed beta slots will fill up quite quickly.

The most recent Flight Simulator trailer is this short teaser to reveal the launch date and pre-orders:

There’s also the announcement trailer that premiered during Xbox’s press conference at E3 2019:

Gameplay is similar to previous titles, striking a balance between nostalgic moments that have defined the series and a modern gaming experience. The game offers unprecedented freedom, allowing players to create a flight plan and fly anywhere around the world.

Landscapes are rendered in remarkable detail, thanks to Microsoft combining satellite imagery with their own advanced artificial intelligence. The resulting effect on graphics is phenomenal, with famous sights such as San Francisco’s Golden Gate Bridge and the Pyramids of Giza looking stunning from the air.

Players can choose to fly during the day or at night, with dynamic weather patterns closely mirroring the challenges faced by 21st century pilots.

The game offers the chance to fly a range of aircraft, from light planes to wide-body jets. The full lineup includes 30 planes at launch, but many are locked behind the Deluxe and Premium Editions: 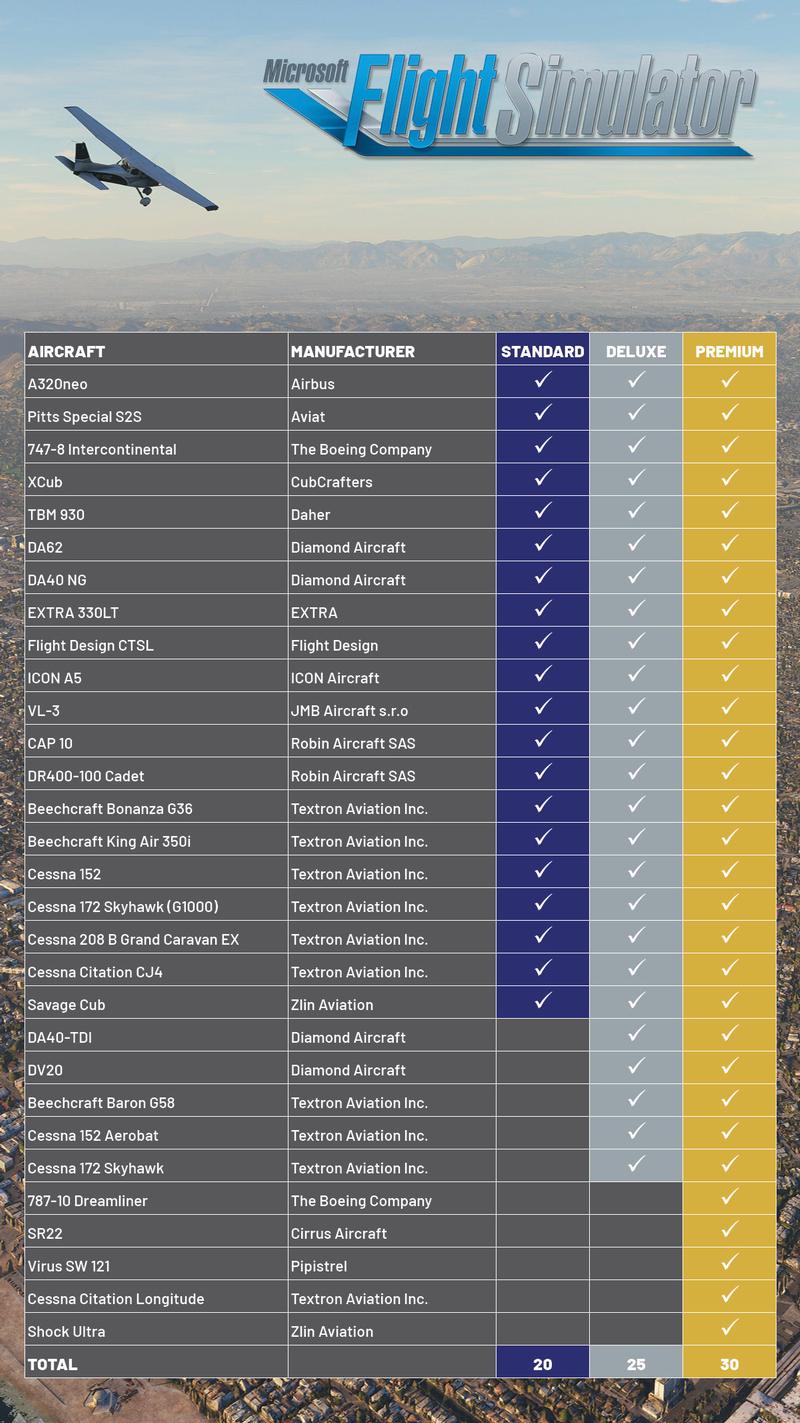 Microsoft says that the game lets you fly from any of the 37,000 global airports listed on Bing Maps, but it has also created a limited list of “hand-crafted” airports that are more realistic and immersive, and access to some of these special versions is tied to the more expensive editions of the game – though owners of the base game can still access the regular versions of each. 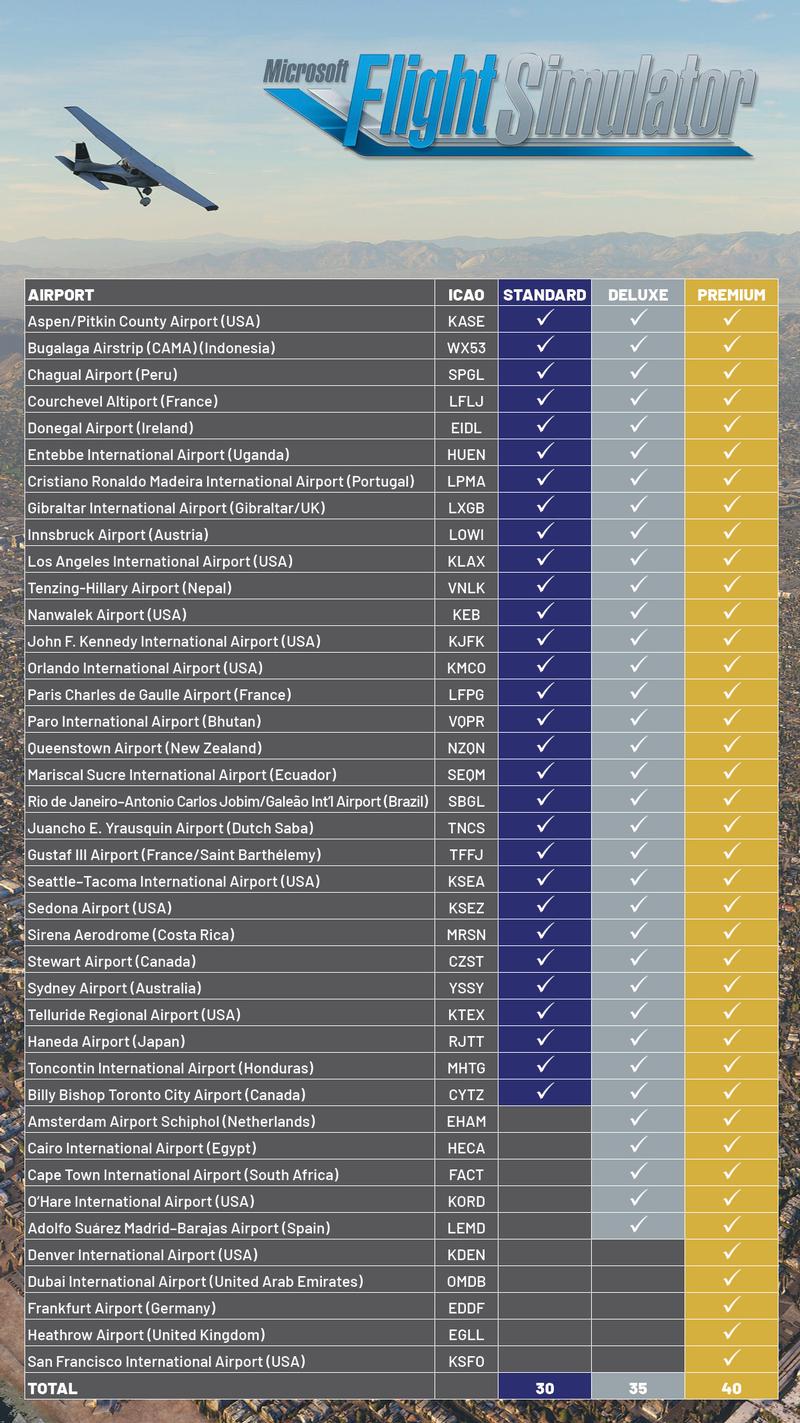