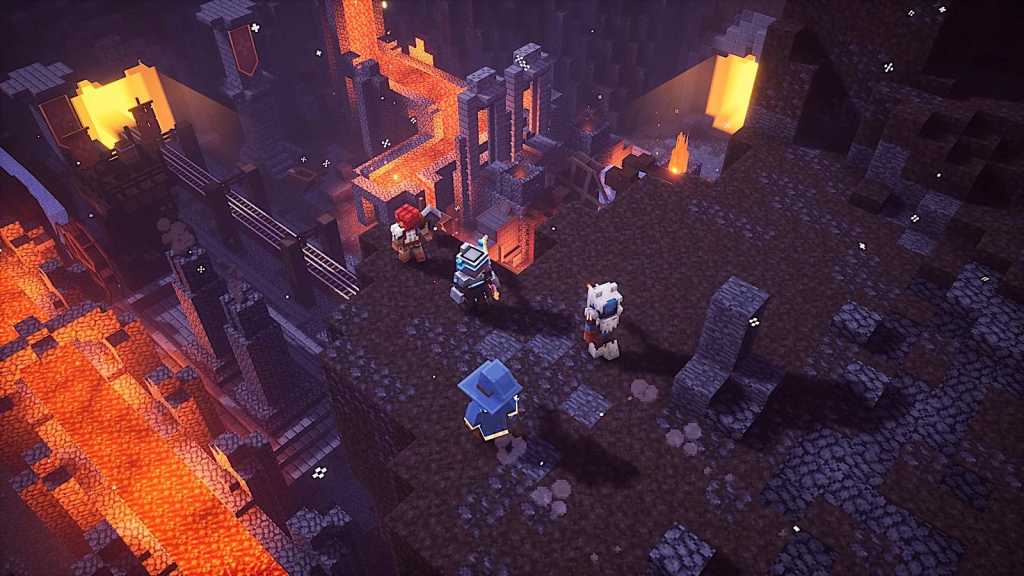 Minecraft is available to play on almost every single platform, but that’s not the end of Minecraft’s world domination plans, oh no. Not content with the title of “best-selling videogame of all time”, Mojang revealed Minecraft Dungeons during Microsoft’s E3 2019, a completely different Minecraft experience.

When is Minecraft Dunegons coming out?

Minecraft Dungeons is set to release on 26 May 2020, a slight delay from the original planned April launch. On the game’s official website you can sign up for updates and the chance to play early however.

When it launches the game’s base edition will cost $20, with a $30 Hero Edition that includes cosmetic items, a chicken pet (!), and access to two upcoming DLC packs.

If you want to get your Minecraft fix in before that, there’s always Minecraft Earth, the Pokémon Go-inspired AR game for smartphones that brings Minecraft blocks into the real world.

Even though it’s published by Microsoft, this isn’t an Xbox exclusive – the company wants as many people to play this as possible. That means it’s launching on Xbox One, PS4, PC, and Switch. It will also be included in the Xbox Game Pass subscription.

Will it be cross-platform?

While there is multiplayer in the game, at launch you’ll be limited to playing with people on the same platform as you. That is hoped to change eventually though, and Mojang says it’s working “to bring cross-platform multiplayer across Xbox One, Windows 10, Nintendo Switch and PlayStation 4 in the near future.”

Will there be DLC?

Yup! We don’t know exactly what yet, but we do know that if you pre-order the $30 Hero Edition of the game (up from the normal $20), it will include access to two DLC packs, with more info due “soon”.

While the run-of-the-mill Minecraft focuses on building, crafting and creating gorgeous blocky worlds where the only limit is your imagination, Minecraft Dungeons is more of a traditional Action RPG. Up to four players are tasked with exploring various procedurally generated dungeons – nine in total, all with a different style –  to hunt for upgraded equipment and take down the ever-elusive evil Arch-Illager.

While there are hints of classic ARPGs like Diablo, Minecraft Dungeons offers a unique twist; unprecedented freedom for games of the genre.

There are no classes in Dungeons, for one, with armour types largely dictating your role. This allows users to be more dynamic and adaptable when facing the various challenges they go up against. For example; if you want to tank for the party, equipping your strongest armour should do the job, but if you want to switch to a medic half-way through the dungeon, you can simply switch out your heavy armour for something a little more lightweight and nimble.

There aren’t any restrictions on the combination of weapon and armour types either, allowing you to customise the skills of your character based on your play style. You want to rock healing mage armour while swinging a giant axe on the front-lines? Be our guest. And, as with other dungeon-crawlers, new loot will be dropped by enemies upon defeat.

The flexibility on offer by Minecraft Dungeons extends to matchmaking too; as well as being able to create your own party before jumping into a dungeon, you’re able to join an existing dungeon too. What’s more is that Mojang claims that health and damage inflicted are scaled, allowing low-level players to play alongside their high-level counterparts without feeling entirely useless.

Minecraft Dungeons certainly looks like it’ll disrupt the ARPG genre when it’s released on PS4, Xbox One, Switch and PC in April 2020, and we can’t wait to find out more about the game in the coming months.