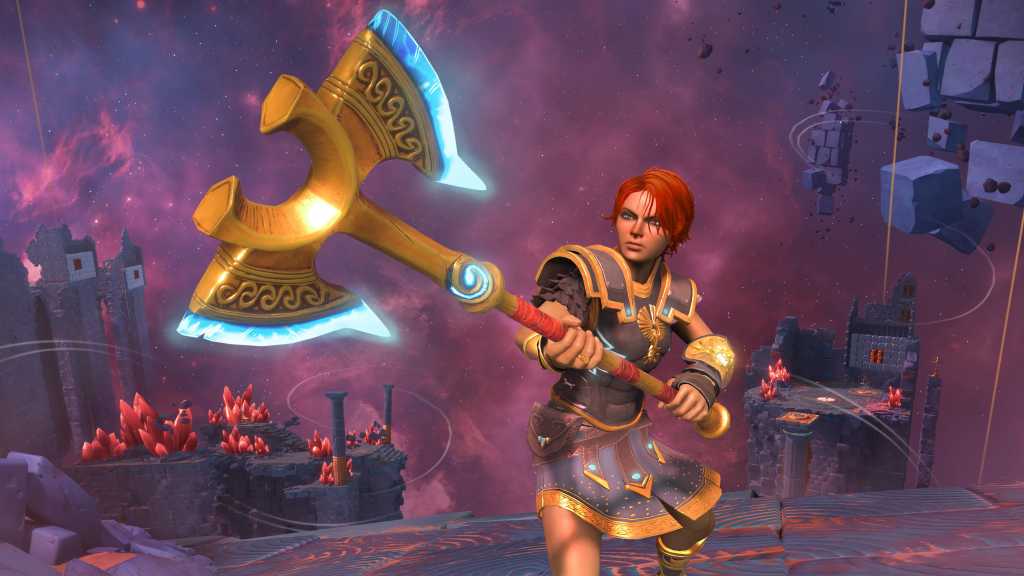 Immortals: Fenyx Rising has had an interesting development period: originally announced as Gods & Monsters at E3 2019, the game was slated to be released earlier this year, but following delays and a worrying lack of new gameplay, Ubisoft confirmed that the game had been completely reimagined since its initial announcement. So much had changed, in fact, that the name even changed.

We got our first look at Immortals: Fenyx Rising at Ubisoft Forward in September, and despite all the changes on offer, one thing was still clear: it’s certainly Zelda-esque not only in look, but design too. The open-world mythical RPG has a new release date, set for later this year, and there’s a surprise demo on the way too – but only for players of one particular platform. We explain all you need to know about Immortals: Fenyx Rising right here, from release date and platform support to the latest trailers and gameplay details.

Following the initial delay and reimagining of the game, Immortals: Fenyx Rising is set to be released worldwide on 3 December 2020.

As confirmed by Ubisoft, Immortals: Fenyx Rising is set to be available on PS5, Xbox Series X, Xbox Series S, PS4, Xbox One, Nintendo Switch and PC via the Epic Games Store, Uplay and Google Stadia.

Here’s the world premiere of the updated Immortals: Fenyx Rising, which made its first appearance at Ubisoft Forward in September.

Following the main show, the post-show featured a deep dive into gameplay, giving us a better idea of what to expect as we explore the Golden Isle.

Is there an Immortals: Fenyx Rising demo?

In a shock announcement at Ubisoft Forward, the company confirmed that an exclusive free demo would be available exclusively via Google Stadia, the tech giant’s new game streaming service.

There isn’t a solid release date for the demo just yet, but Ubisoft has promised that it’ll feature a totally unique island to help you experience some of the best bits of the game ahead of release later this year.

Back when Immortals: Fenyx Rising was originally revealed as Gods & Monsters, the game couldn’t shake the comparisons to the critically acclaimed The Legend of Zelda: Breath of the Wild, and despite the vast changes compared to the announcement trailer, our latest look at gameplay from Ubisoft Forward does absolutely nothing to dispel those comparisons.

Let’s start with the basics: the game revolves around a customisable character that goes by the name of Fenyx, a warrior who finds themselves washed up on the shores of the Golden Isle, the legendary home of the ancient Greek gods. However, as you might expect, things take a turn for the worse when the titan Typhon – a character with many similarities to BOTW’s Calamity Ganon, including glowing red and purple smoke that envelops them – escapes and wreaks havoc on the island. 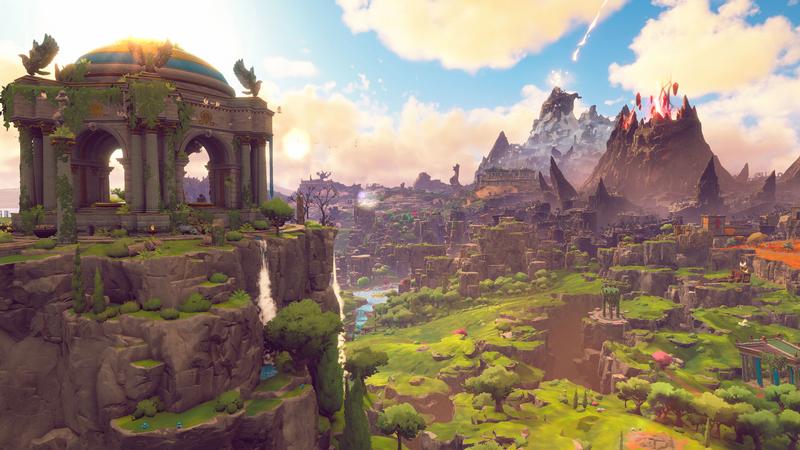 The game is open-world, as you might expect, with a variety of biomes that players are free to explore, complete with an evil fortress in the centre swirling with crackling red smoke. There are plenty of large-scale puzzles on offer, mythical creatures to battle and Godly weapons to be found scattered throughout the open world, along with a variety of optional content to help round out the world. Sound familiar?

Much like Link, Fenyx can climb practically everything in the game, complete with a steadily depleting stamina bar, and there’s also a focus on aerial combat with the inclusion of an upgradable glider. Fenyx can wield swords and axes made of glowing blue energy, and has what looks like a mechanical horse to explore the open world with.

Along with the bevvy of weapons available, Fenyx has access to a growing roster of abilities that gives them the upper hand not only when it comes to puzzle-solving, but in battle too. Descending into underground rifts called Vaults of Tartarus (much like BOTW’s Shrines), you’ll be able to attempt complex challenges in a bid to get various character upgrades. 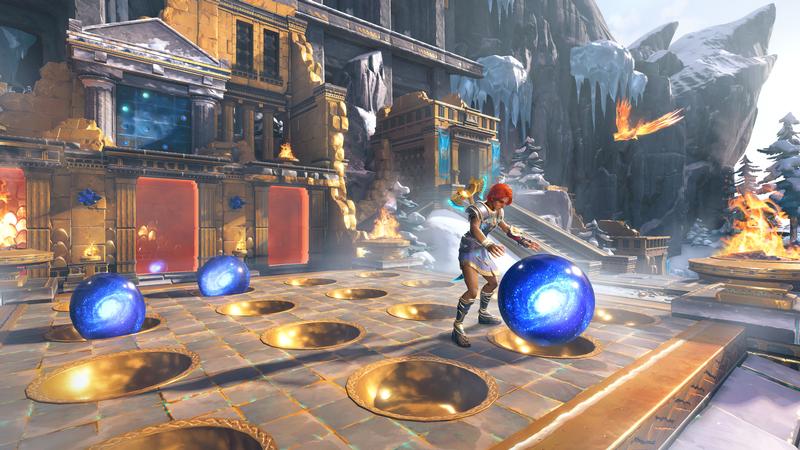 So, it’s essentially a Zelda lookalike with a focus on Greek mythology and a sprinkle of Assassin’s Creed mixed in for good measure, but is that necessarily a bad thing? Looking at the gameplay trailer, we’re going to say… no. We can’t wait to play it when it arrives later this year on practically every platform including the PS5 and Xbox Series X.

If Ubisoft is to be believed, the name of the game changed simply because the scope of the game became much larger than initially planned, and that the new name better represents the experience on offer. However, a recent rumour could prove otherwise.

Legal documents obtained by  Techraptor and covered extensively by the  Hoeg Law YouTube channel suggest that Ubisoft might’ve been inspired to change the name not because of the game’s development, but due to a copyright challenge from Monster Energy. Monster claims that a game called Gods and Monsters could’ve potentially conflicted with its brand and cause a level of confusion among consumers.

In Ubisoft’s response, the company claimed that there was no conflict and that there are many trademarked properties containing the word monster or monsters that Monster Energy has no issue with. Plus, as many have suggested, it’s unlikely that Monster Energy would’ve won the lawsuit. The problem would’ve been timing – the company could’ve dragged the matter on for some time, potentially delaying the release of the title.

So, while Ubisoft claims that the new Immortals: Fenyx Rising is simply because it reflects the broader ambitions of the game, it’s not hard to imagine that it the rebrand was probably nudged in the right direction by the Monster copyright claim.