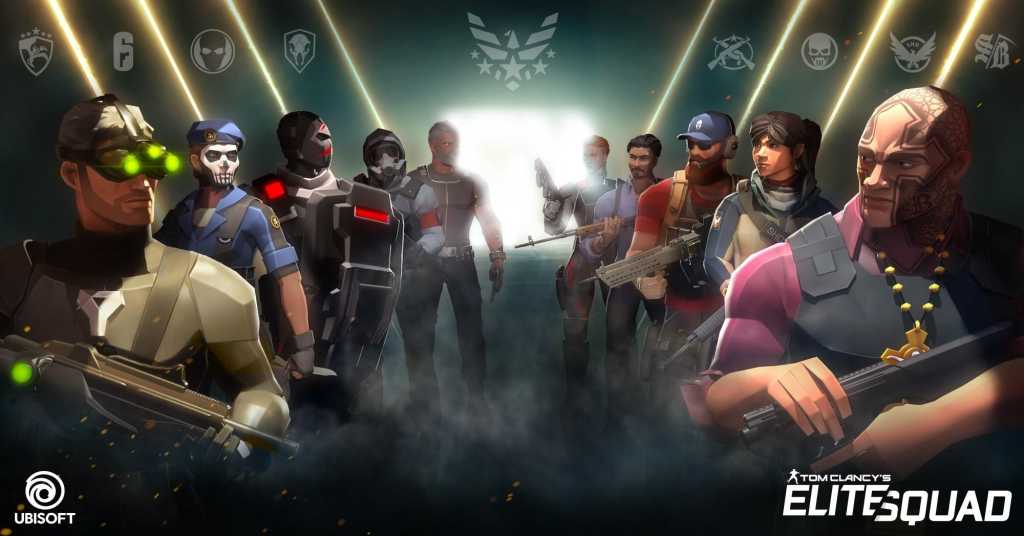 Ubisoft has unveiled Tom Clancy’s Elite Squad, a new tactical shooter coming to iOS and Android that unites iconic characters from the entire Tom Clancy franchise. The trailer showcases a 5v5 format with popular characters from not only The Division but Rainbow Six, Ghost Recon and Splinter Cell, including Caviera, El Sueno, Montagne, Nomad and everybody’s favourite specialist, Sam Fischer.

There are plenty of other characters in the background of the trailer, suggesting that the game will get regular content updates post-launch with new specialists and items.

According to the official Elite Squad website, the game features a dynamic 5v5 format and will offer not only a campaign, but a player-vs-player mode and a guild-vs-guild mode too. You’ll be able to collect and upgrade not only the characters themselves, but their weapons and gear too.

While there’s no release date in sight, those interested in pre-registering for the game will be rewarded with an exclusive character: Colonel Cole D. Walker, the leader of the Wolves faction in upcoming shooter Ghost Recon Breakpoint. Well, soldier, what are you waiting for?