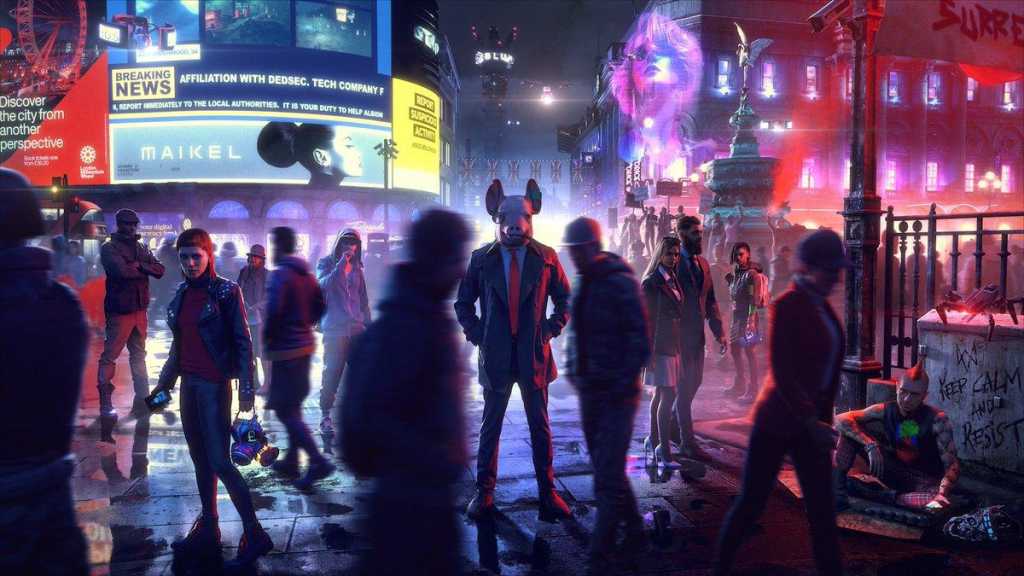 In a series first you’re able to take control of almost any character in the game world – from baddies to grandmas – as you recruit them into the resistance against the tyrannical Albion private security company.

When does Watch Dogs: Legion come out?

Watch Dogs: Legion is out now on most platforms, but will launch on the Xbox Series X on 10 November, and the PS5 on 12 November in the US and select markets, and 19 November in the rest of the world.

Curiously the PS5 is only getting the digital edition of the game, with a physical release following shortly after on 24 November.

Legion was previously due to launch in March, but was subsequently delayed for a few months. At least that helped it avoid competition from the other big titles that came out in spring 2020 – check out our guide to all the best upcoming games to see what else is on the way.

What platforms is Watch Dogs: Legion on?

Right now the game is available on PS4, Xbox One, PC, and Google Stadia, before also arriving on PS5 and Xbox Series X & S once those consoles launch. It will also arrive on Amazon Luna when the streaming service launches.

First up, here’s the game’s initial reveal trailer from E3 2019:

Then check out the Tipping Point trailer from Ubisoft Forward, which brought with it the official release date:

If you want a trailer with a bit more gameplay footage, the Resistance tease intersperses plenty of shots from gameplay as it shows off more of the world of London and the characters you’ll be able to play as:

Finally, the official story trailer reveals a new villain and shows how the game’s explosive plot will be set in motion:

As we’ve already mentioned, Legion’s biggest new feature is that you can take control of just about any character in London.

What’s truly impressive is that Ubisoft claims each character is unique, with its own animations, voiceovers and traits, all having an effect on how you experience the game. The trailers have teased a few characters, from an ex-MI5 agent to a granny assassin, showing the true scale of what Legion looks to offer.

The above recruitment overview reveals more: each type of character will have its own special weapons and abilities to distinguish them. For example a construction worker could be armed with a nail gun and call in a cargo drone for assistance, while a football hooligan takes less damage while drunk.

To actually recruit them you’ll have to complete a mission or two to win them over to your cause, which makes sense, and it’s clear that you’ll have to keep an eye out as you play for promising recruits to pick up.

Of course, Watch Dogs is all about the tech, and that’s true of Legion. London is the perfect setting for a game like this, with a vast CCTV network that players can utilise to track people of interest and remotely activate devastating hacks. The addition of killer drones and other dangerous tech can’t hurt either, right?

There are other specific London perks, and the devs have gone all in to recreate the city as accurately as possible. That comes right down to music too, thanks in part to a collaboration with Stormzy, of all people.

The grime artist appears in-game with his own mission – Fall On My Enemies – and has also recorded a whole music video for Rainfall within the Watch Dogs game engine.

Will there be Watch Dogs: Legion DLC?

Yup. Expect DLC and a Season Pass to come after launch, with at least some of that including new story content.

First up, a free update on 3 December will introduce the game’s online mode, which includes co-op play with up to four players that will let you roam the open world together and take part in specific co-op missions, including extra challenging ones dubbed Tactical Ops.

3 December will also bring the first PvP mode, Spiderbot Arena, which sees up to eight players take each other on as, well, spiderbots. Later on the popular Invasion mode from previous Watch Dogs games will also be added in.

2021 will bring even more free updates, including new playable characters, new missions, and a New Game Plus mode.

There’ll be paid DLC too though. Bloodline is the name of a new DLC pack that stars none other than Aiden Pearce, protagonist of the original Watch Dogs.

He’ll appear in London some time after launch, “older but not necessarily wiser,” according to Ubisoft. There’ll be some original story content, along with new progression and new gameplay abilities.

He’s just one of four playable characters in the Bloodline DLC, along with Watch Dogs 2’s Wrench; a new character called Mina with the ability to take control of people’s minds; and Darcy, a member of the Assassin’s Brotherhood in a surprise crossover with Assassin’s Creed.

We don’t know when the Bloodline DLC will arrive, but Ubisoft did confirm that it will be included in the Legion season pass.