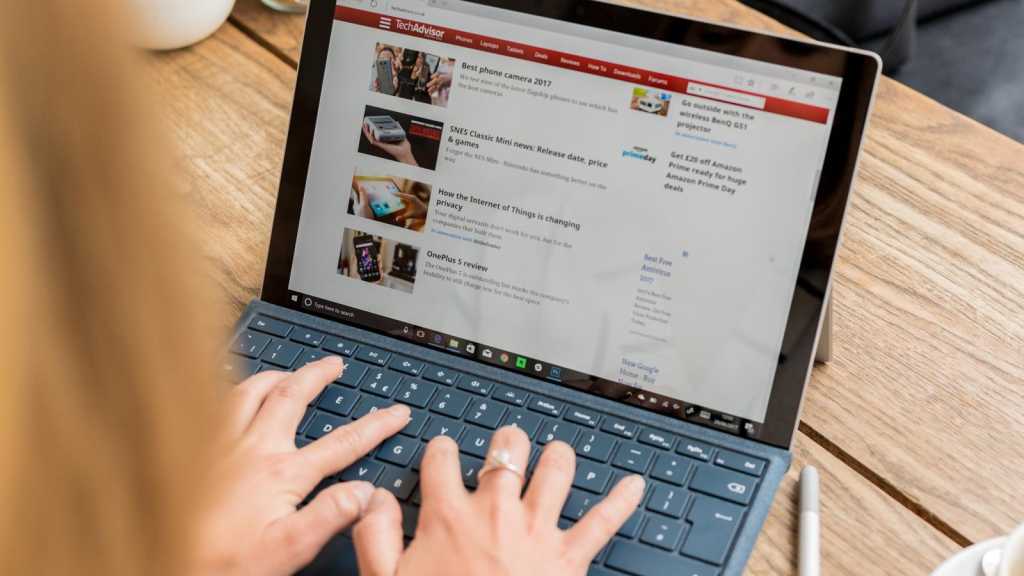 The latest rumours emanating from Microsoft suggest a new Surface product has been internally demonstrated within the company. Codenamed Centaurus, the new hardware would provide a foldable, dual-screened tablet experience.

These early rumours have recently been given more weight by Jeff Lin, Associate Director of Consumer Electronics at IHS Markit, who told Forbes that a foldable Surface tablet will arrive in the first half of 2020. Lin claims it will have two 9in screens and run Windows Core OS on a 10nm Intel Lakefield chipset.

Rumours from December suggested Microsoft was working on a foldable phone, similar to devices such as Samsung’s Galaxy Fold and Huawei’s Mate X, yet the latest developments point towards a larger-screened device. The Verge suggest it more closely mirrors Microsoft’s earlier tablet concept named Courier, which was axed back in 2010.

While it is considered unusual for a device to be circulated around the company prior to a major release, Microsoft is thought to want to become less secretive when it comes to product launches. New releases from major companies are often subject to major leaks online, to the extent that the details of some new products are almost completely in the public domain before an official announcement.

Reportedly, a potential phone release has been put on hold while the company prioritise a larger device, complete with a simplified version of Windows known internally as Windows Lite. The move appears to make sense in the short term; there has not been a phone released with Microsoft’s OS since the Lumia 950 in 2015, and the success of the Surface line proves they are adept at producing tablet computers.

While there has been no official confirmation of these rumours from Microsoft, they are thought to have been working on a foldable device like this for more than two years.

Having announced the Surface Laptop 2 and Surface Pro 6 at a press conference last October, it is likely that any new additions to the Surface family would be unveiled at a similar time this year, yet the pricing for such a product remains a mystery.

This would fit with the estimated time frame, as a new device is expected at some point within the next six months.