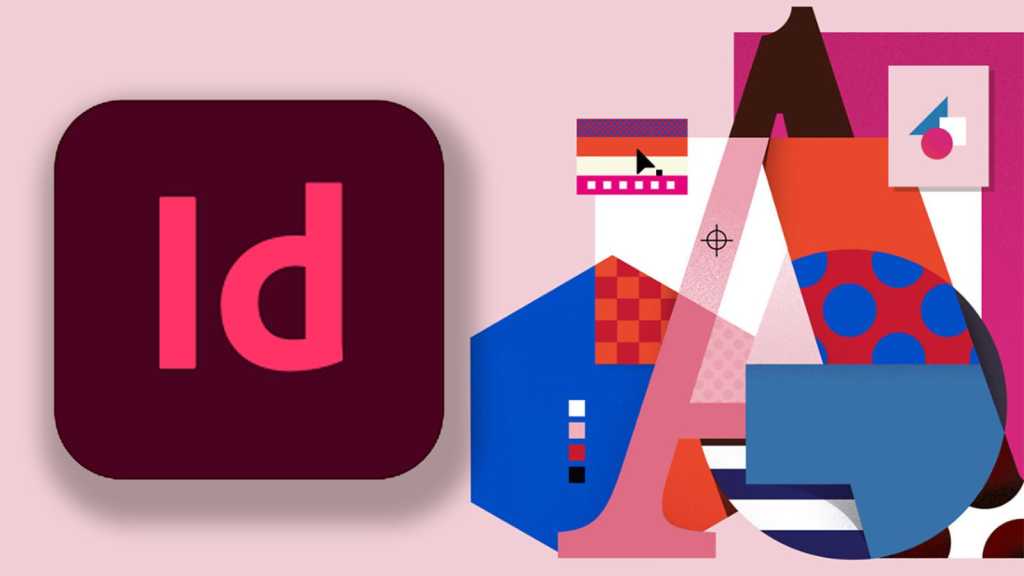 Whether you’re in publishing or a design student, Adobe InDesign is a staple in the creative industry, along with Photoshop, Illustrator and Premiere Pro.

The typesetting app allows users to design sleek and sophisticated documents, whether in print or digital form: from books, brochures, posters and pamphlets to ebooks, interactive documents, and everything in between.

In this article, we go through where to get Adobe InDesign, free trials, student discounts and more.

We also have full in-depth guides to Adobe CC and  Photoshop.

How to get Adobe InDesign for free

Adobe provides a free seven-day trial which you can download here. After the seven-day period, it costs £19.97/US$20.99 per month but you have a 14-day window (from the date of purchase) to cancel and get a full refund. 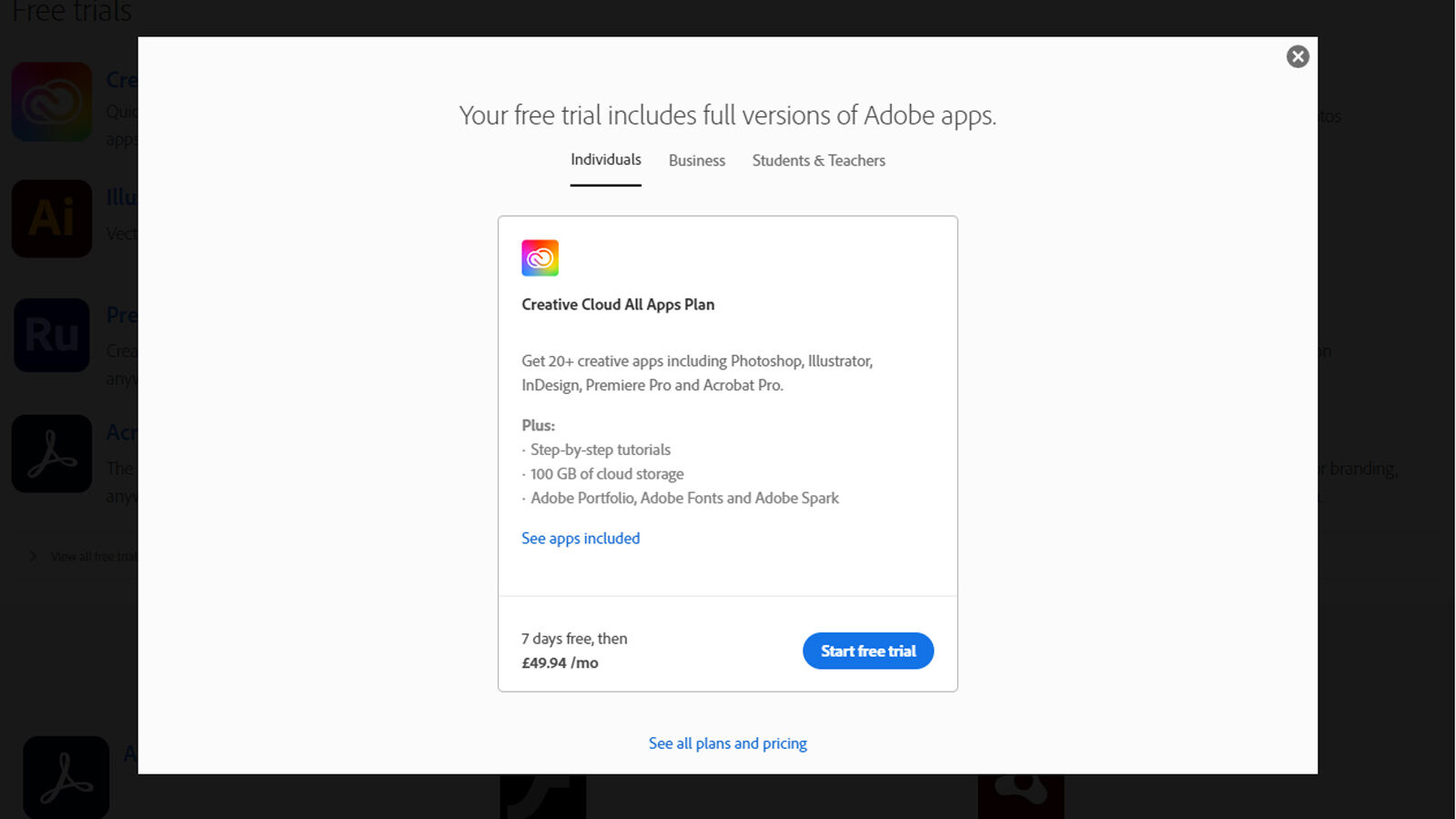 How to get an Adobe InDesign subscription

Get InDesign with Adobe CC All Apps

The obvious place to get InDesign is directly from Adobe through its Creative Cloud All Apps package. If you’re not already familiar, this involves paying a monthly or annual subscription fee to use the software, which comes with cloud storage space and continuous updates.

You can opt to subscribe to the All Apps plan from Adobe, which includes InDesign (and everything else!). Alternatively, you can also buy the All Apps subscription from Amazon where it’s £47 cheaper.

The more reasonable alternative for those only after InDesign is to get the single app subscription, which starts at £19.97/US$20.99 per month. You won’t be able to get this from anywhere else but Adobe. There are a few payment options to choose from which we’ve outlined below.

Head over to Adobe to see its InDesign plan.

How much does Adobe InDesign cost?

Though it’s not much of an immediate saving, we’d recommend this plan if you know you will need InDesign on a long-term basis. It doesn’t hurt to save a few pounds (or bucks) over the years either.

What does the Adobe InDesign subscription include?

An InDesign CC subscription also means you get ongoing updates as soon as they’re released.

How much does Adobe InDesign cost for students?

Adobe doesn’t offer a discount on InDesign as a standalone program, but if you’re a student you can get a massive 65% discount (60% in the US) on the All Apps plan, which includes InDesign. This works out cheaper than getting InDesign on its own, and you get a whole host of other benefits.

For starters, not only do you get 20+ programs, including Photoshop, Illustrator, Premiere Pro and more for desktop and mobile, you also get 100GB of free cloud storage with access to Adobe Portfolio. 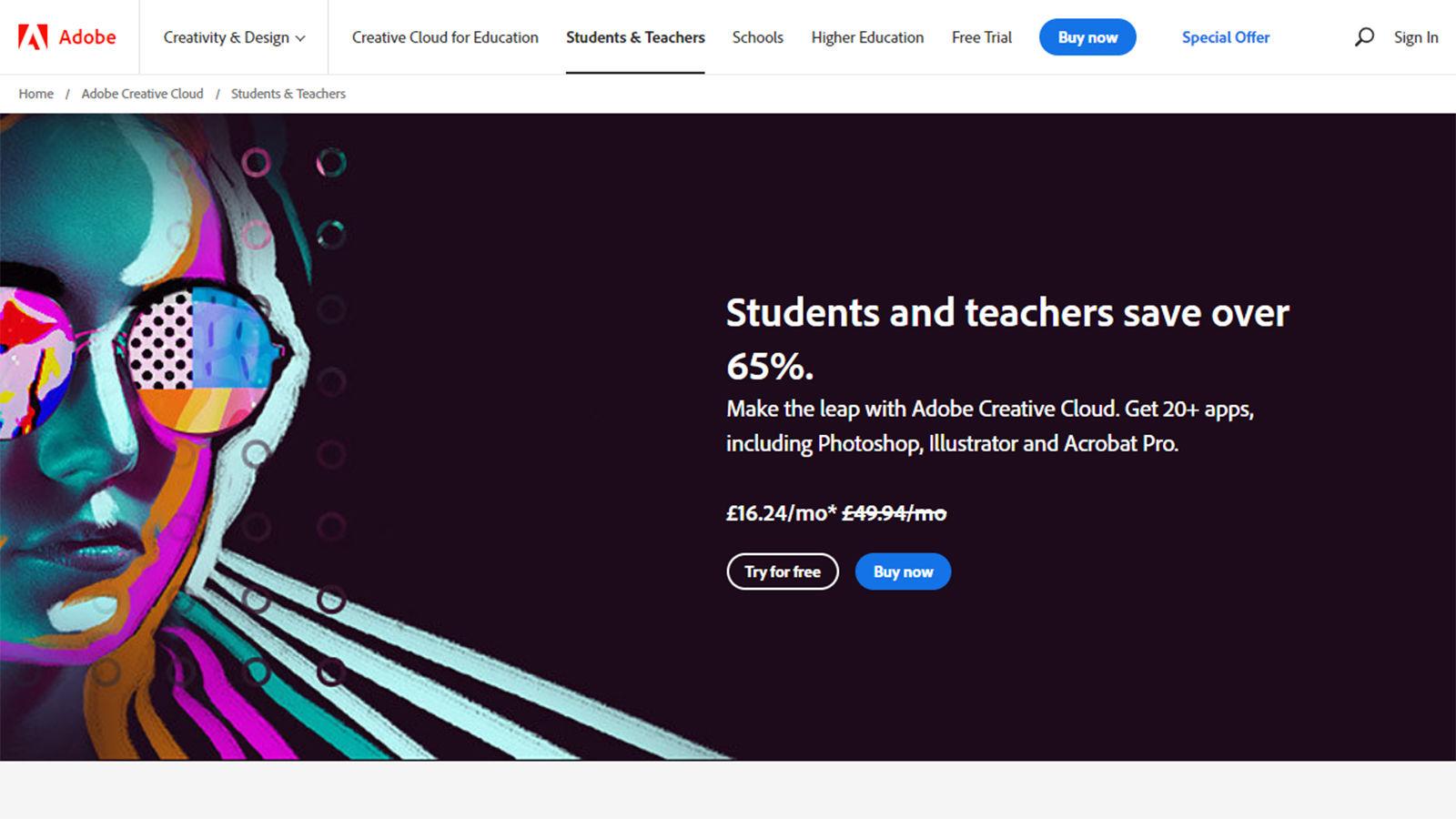 Students can also sign up for the annual prepaid plan for £196.30, but this works out £16.35 per month over a year. See the Student and Teachers Adobe CC rates here.

In the US, a prepaid annual plan costs $239.88 per year, which works out to be the same as the monthly rate. See the US rates for the Adobe CC Student and Teachers plan here.

Students in university, college, secondary or primary school are all eligible for the student discount, along with home-schooled students. A school-issued email address should instantly verify your student status, but you can see the full eligibility requirements on Adobe’s Creative Cloud sign up page once you click on “institutional affiliation”.

Head to Adobe to get the Student and Teachers Adobe CC discount.

Where to learn Adobe InDesign 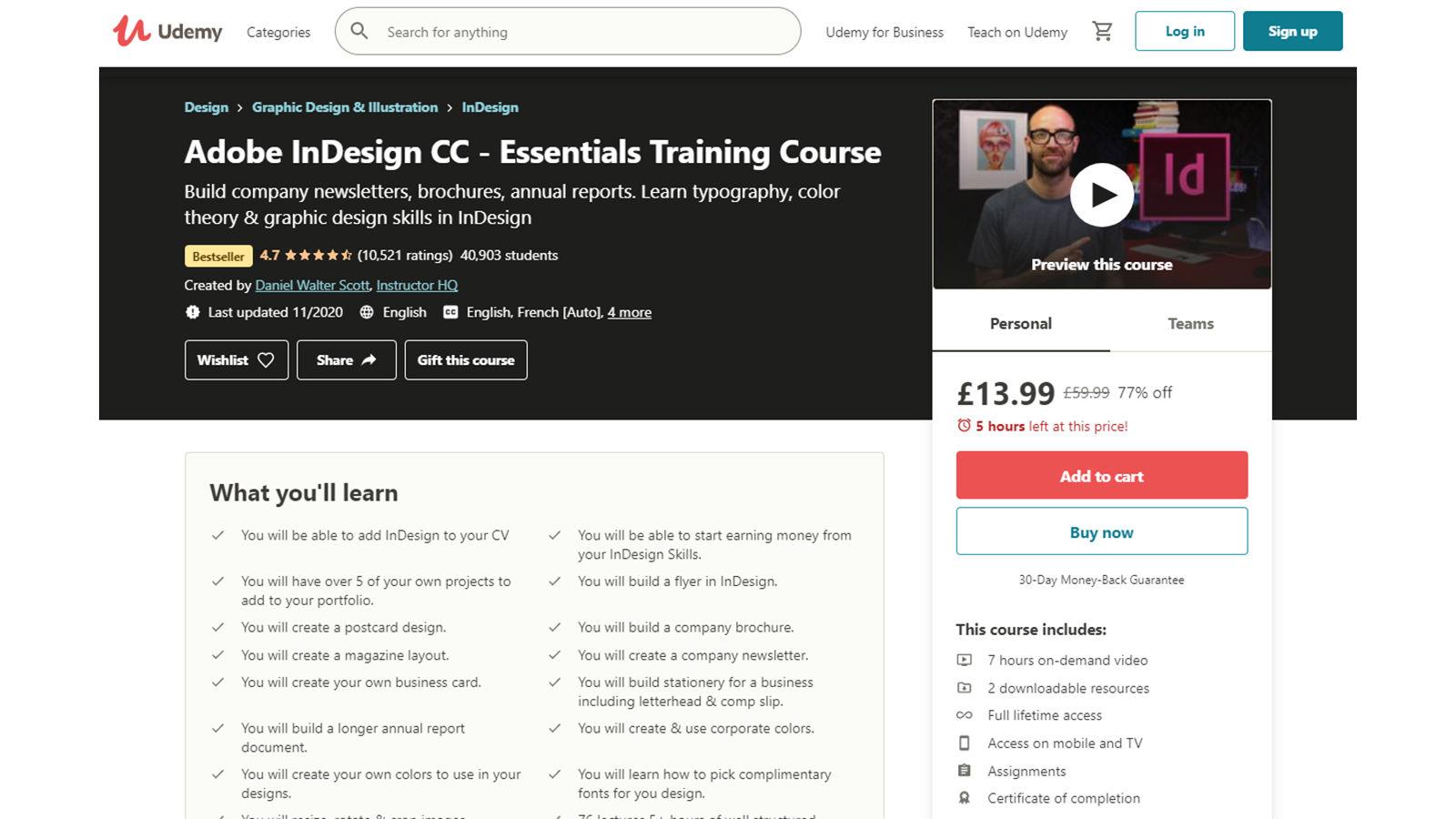 If you’re learning how to use InDesign on your own, there are plenty of resources online at your disposal. The first place to see is Adobe itself, which has a range of tutorials for both beginners and Pros.

Shaw Academy offers a four-week graphic design course that covers Illustrator, Photoshop and InDesign. It typically costs $69.99 (around £51) but new users can often join for free.

You can also try LinkedIn Learning which has free for one month (usually starts at £34.98/$29.98 per month). It has a variety of in-depth tutorials on InDesign and other Adobe software and also awards you a certificate of completion at the end of the course. The service was previously called Lynda.com, one of the most comprehensive online resources for online learning.

Udemy is another excellent destination to teach yourself InDesign. Prices for its InDesign courses range from £60 to £65, but you will almost always find discounts that reduce the price to under £20. Once you buy a course, you get lifetime access.