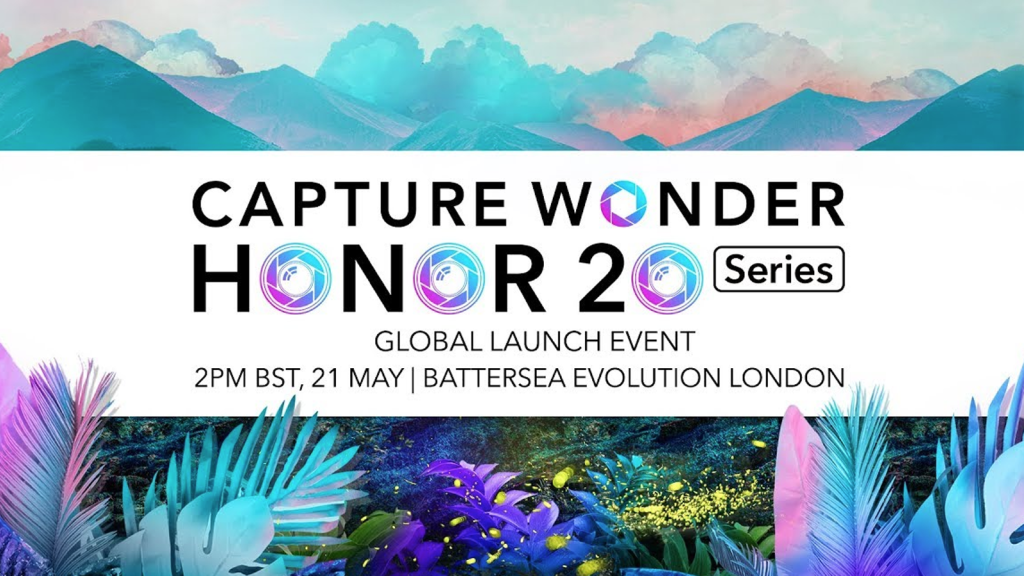 Tomorrow Honor will announce its brand-new flagship phone for 2019: the Honor 20. Expected to arrive in three versions, with Standard, Lite and Pro models anticipated, the Honor 20 is likely going to be similar to the Huawei P30 announced in March.

In case you were wondering, as a Huawei sub-brand, Honor is also subject to the trade ban set by US President Trump, which has this week led Google, Intel, Qualcomm and others to pull support for the phone company. However, having already passed certification, the Honor 20 will feature full Google apps and services, and have access to regular security updates.

The company has already let slip some details about its upcoming phone, and we know the Honor 20 will feature a 6.26in screen with a high 91.6% screen-to-body ratio. Fitted to the aluminium frame is a glass back with ‘Triple 3D Mesh’, and the Honor 20 will also feature a 4.5mm in-screen camera and a side-mounted fingerprint sensor. Read more about what to expect from the Honor 20.

How to watch the Honor 20 launch live stream

The Honor 20 will be announced during a special event on Tuesday 21 May. You can tune in live from 2pm BST.

We’ve embedded the live stream above – if you can’t see it you may need to temporarily turn off your ad blocker.