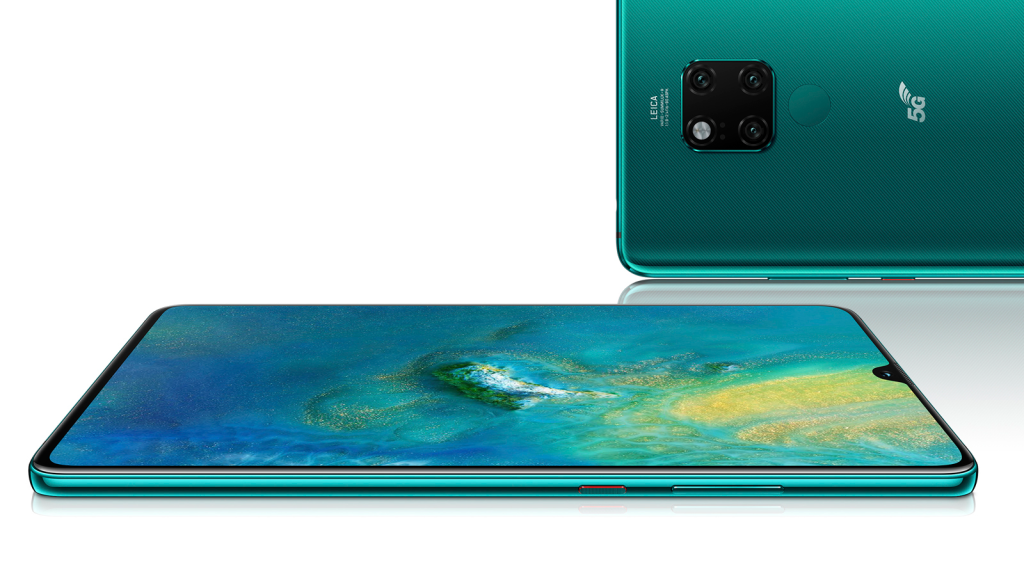 The Huawei Mate 20’s big brother, the Mate 20 X, has been due for a 5G version for some time. Already out in a couple of European markets, Huawei’s first 5G handset was originally due to release in the UK in June, but will go on sale today, 26 July.

The Mate 20 X 5G will be available in Emerald Green at £999, available from  Three,  Sky Mobile and Carphone Warehouse, making it £200 more expensive than the standard (non-5G) Mate 20 X.

The launch date was pushed back following its recent problems regarding the  US trade blocklist.

Powered by the same 7nm Kirin 980 chip as its current flagships, Mate 20 X 5G uses the Balong 5000 chipset to enable the next-generation mobile connectivity. It also supports previous-gen networks – everything from 2G up to 5G – and Huawei claims switching between these networks is possible with lower latency and reduced power consumption.

It has a lower-capacity 4,200mAh battery than the 5,000mAh pack inside the regular Mate 20 X, but supports 40W SuperCharge for faster charging and has an AI-powered optimisation mode for regulating power consumption in the background.

Other specifications are largely similar to that of the standard Mate 20 X, which is a larger version of the Mate 20 with a 7.2in FullView (2244×1080) IPS display and the addition of a headphone jack, but the loss of wireless charging and waterproofing. It has the same core hardware and triple-lens (40Mp + 20Mp + 8Mp) rear camera.