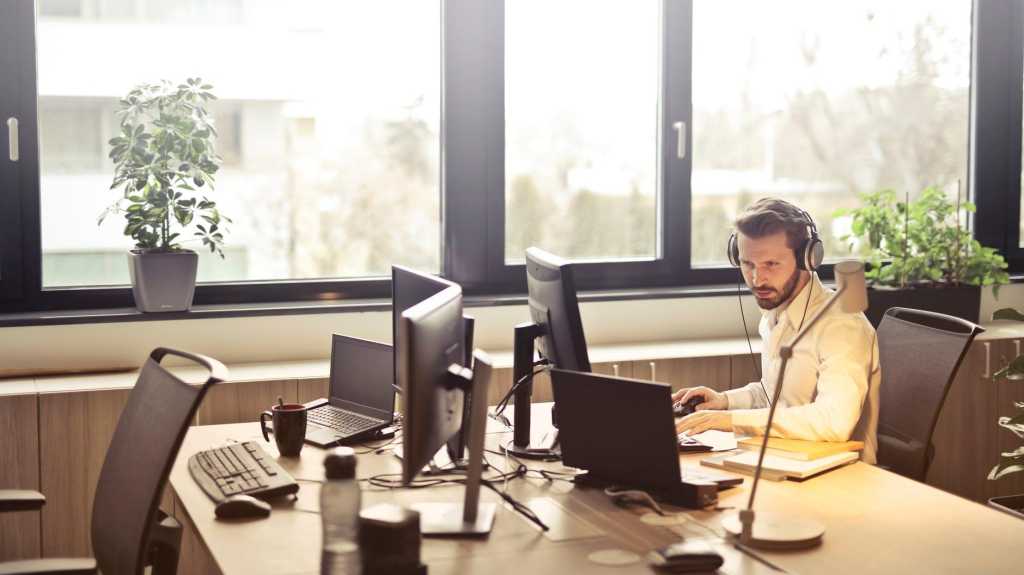 Philippe Depallens, Logitech Audio’s vice president and general manager, believes that whilst “many professionals bring their own headphones to work […] they do not address the typical needs of an open office.”

Developed with office workers in mind, the Logitech Zone Wireless headsets have been crafted to incorporate “contemporary style, supreme comfort, and audio call clarity, as well as active noise cancellation and great sound quality for music, whenever and wherever you need it.”

Making the most of the superior levels of sound quality, open-plan office workers will be able to utilise the Zone Headsets to listen to music, take conference calls, or work free from distraction with the active noise cancellation (ANC) feature which works by eliminating all background and ambient noise.

For the first time ever, Logitech has incorporated Qi wireless charging within the Zone headsets which enables the user to benefit from cord-free charging at their desk. The Easy-Switch technology embedded within both Zone Headsets connects and switches effortlessly between computers and smartphones via Bluetooth or Bluetooth dongles. The headsets can also be controlled by the Logitech Tune mobile app.

Versatile, light and able to function well on a number of tasks, the Zone Wireless Headsets are perfect for open office professionals. Students can also take advantage of the brand-new headsets when focusing on important assignments. Tech Advisor has a range of deals available and students could receive a 25% discount on smart tech with a Logitech voucher code.

If you are looking for more office equipment or computer accessories to complement your new Zone Wireless Headset, you could save money on mice, speakers, keyboards or more with a Logitech discount code from Tech Advisor’s Logitech store.

Alongside the Zone Wireless Headsets, Logitech also offers a huge selection of high-quality tech products for both home and office environments. Whatever your working requirements may be, you could enjoy free delivery on your order with a Logitech voucher code from Tech Advisor.

Logitech Zone Wireless with Bluetooth is available to purchase now for £199.