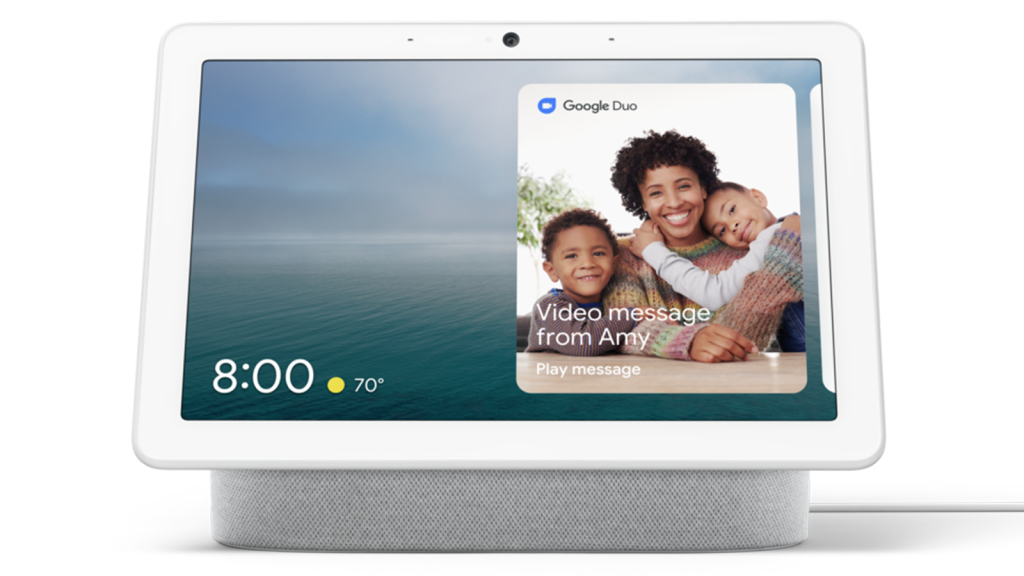 Google Home is now Google Nest, the company announced at I/O 2019. It rebranded and reduced in price its current line-up of Google Home devices, and announced a new product: Google Nest Hub Max.

The Nest Hub Max is an evolution of Google Nest Hub (previously known as Google Home Hub), now better equipped to take on the second-generation Echo Show. It’s priced to match at £219 (US$229/AUS$349), and has now finally gone on sale in the UK, direct from Google or via third-party retailers such as Argos, Currys and John Lewis.

Key new features in the Nest Hub Max are a larger 10in HD (1080×720) screen, which is ideal for watching YouTube videos or following recipes in the kitchen, a built-in camera for video calls, security monitoring, Face Match and gesture recognition, and improved speakers. Now able to recognise users by their face as well as their voice, built-in Google Assistant confirms its place as the smart AI assistant to beat.

What is Google Nest? 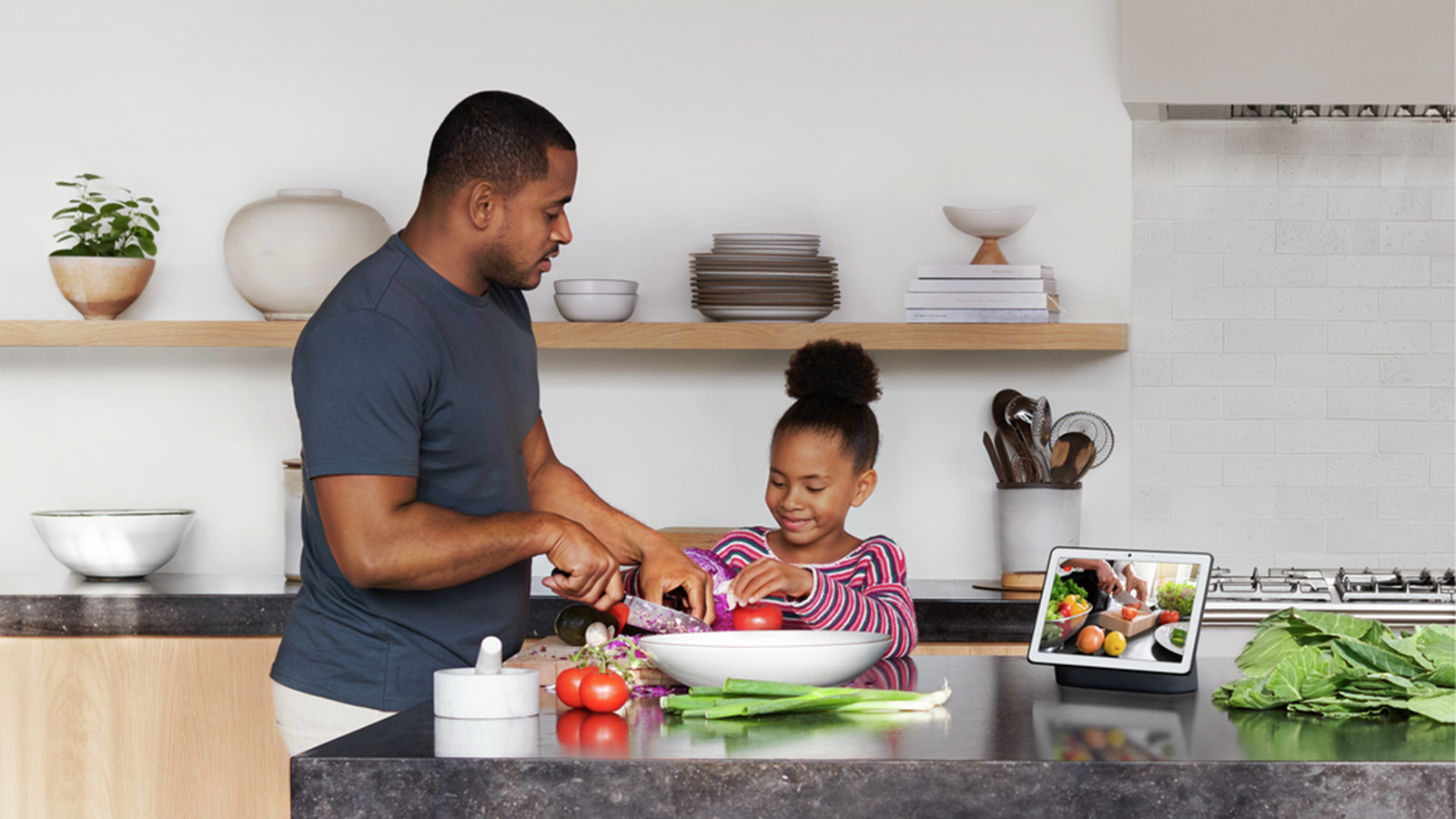 For those not already familiar with Google’s line of smart speakers, Google Home (now Google Nest) devices are speakers that are always-on and always-connected to the web. They can be used as any other speaker to play music, but they have so much other functionality thanks to the tie-in with Google’s online services and integrated Google Assistant.

Google Assistant is an AI client that is also found on other devices running Google software, such as Android phones and tablets, and WearOS smartwatches. It’s not restricted to Google products, however, and there is a growing number of consumer tech products that either include or support Google Assistant integration.

With two-way conversation possible between the user and Google Assistant, you can quickly and easily request by voice almost any task you would otherwise complete on your smartphone or tablet. That means getting a news report, checking the weather, searching Google for the answers to your nagging questions, setting alarms and reminders, controlling smart-home tech, even making phone calls (for free). And, of course, streaming music. (There are some funny things you can ask Google Assistant, too.)

Confusingly, only the smart displays have been rebranded Google Nest so far. The standard Google smart speaker is the Google Home ( reviewed here). It’s been reduced in price from £129 to £89 to match the standard Amazon Echo. This was the first Google smart speaker to launch, and though it lacks a display it packs some pretty decent speakers for its size.

A smaller version of this is Google Home Mini ( reviewed here), which retains its £49 price. This one has a smaller speaker and reduced touch controls, and is less capable of filling a room with sound, but it is a great entry point to the smart speaker market as a rival to the Echo Dot, and it makes it more affordable to set up multi-room audio.

There’s also the Google Home Max ( reviewed here), another display-less smart speaker but one that packs a real audio punch. It’s been reduced from £399 to £299.

But until October of last year, none of Google’s smart devices included a display, which might allow you to see as well as hear, and help those devices to keep you informed about your day and the things in which you’re interested.

Google Home Hub, now Google Nest Hub ( reviewed here), has been reduced from £139 to £119. It’s a Google Assistant smart speaker with a 7in display, but unfortunately it arrived just as Amazon revealed its second-generation Echo Show with a 10in display. Also lacking a camera due to privacy concerns, and packing some pretty weak audio compared to its siblings, the Hub was a little difficult to love.

With its 10in Google Nest Hub Max ( reviewed here) the company improves on many of our misgivings with the original Hub. It’s still got just the two far-field mics, and we’re keen to see whether the Ambient EQ has been improved, but we’re more excited about the new features it brings to the table.

Priced at £219 to match the new Echo Show, the new Google smart display significantly ups the ante. It’s got the aforementioned larger screen, if with a relatively low 720p HD resolution, and improved 2.1 speakers, though they aren’t going to stand up to the likes of the Nest Max or JBL’s Google Assistant-integrated Link View smart speaker. But it’s the camera that looks to be really special. 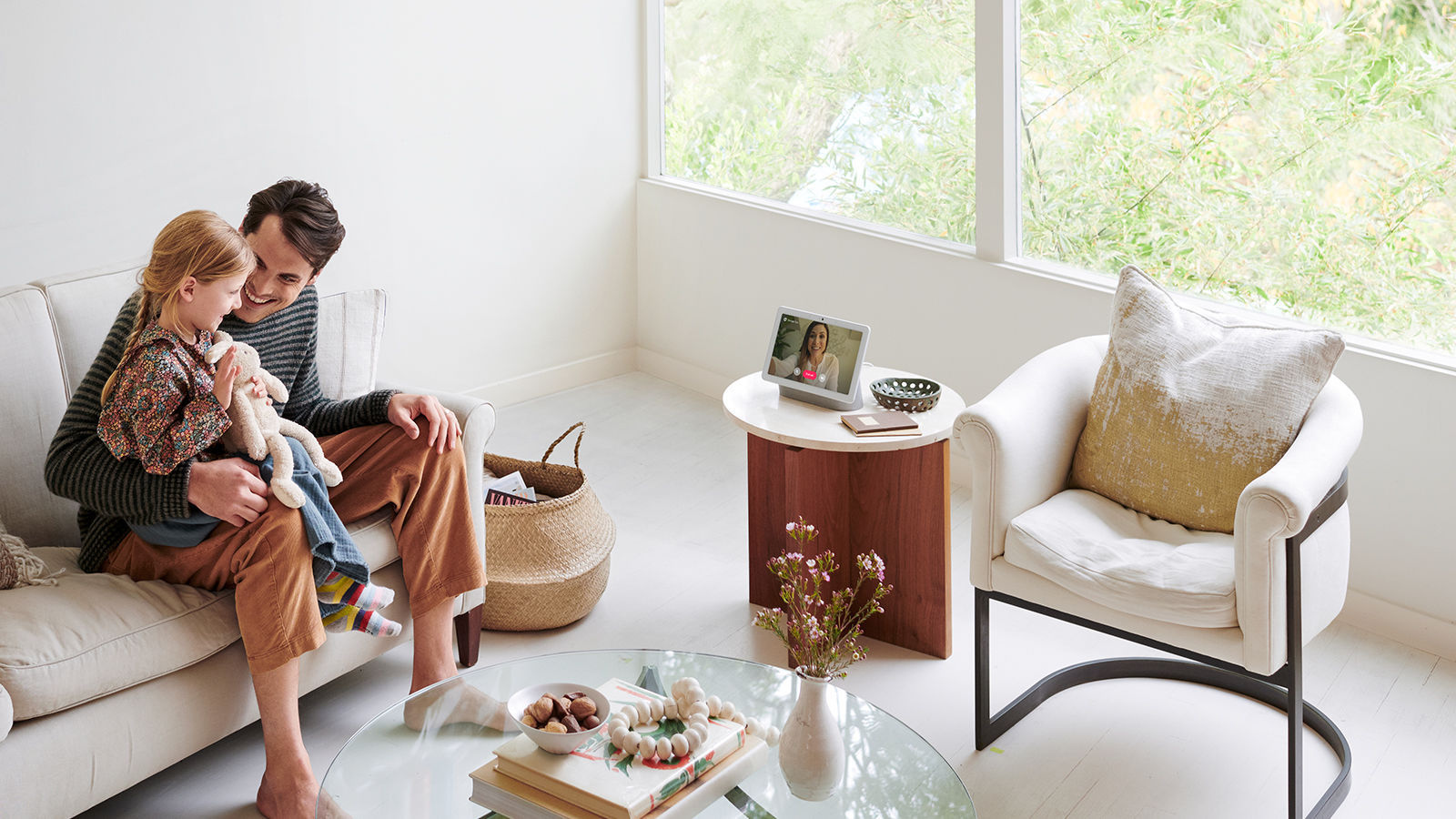 One of the great things about Google Assistant on smart speakers is that it is able to facilitate free calls over the internet with anyone in your contacts list. But add a display to the mix and it’s crazy that you aren’t able to see the person with whom you’re speaking.

Google had decent reasoning for not including a camera the first time around, and even now people remain worried about whether or not Google is listening in on their private conversations. But with some simple tweaks it has made it possible to allay people’s fears and add some great new functionality to the Nest Hub Max.

When the device is recording you, or the camera is being remotely monitored via the Home or Nest apps, you’ll now see a green LED on the hub. No green LED, no reason to panic.

Google has also vowed to improve privacy and be more transparent with the user security of all its Nest devices, saying it will disclose all hardware capable of monitoring a user, and promising that their data is not sold and can be deleted.

There’s also a physical switch to turn off the camera, so nothing will be recorded unless you allow it to be.

So if that helps you to be a little more comfortable with the inclusion of the camera, here’s what you can use it for:

You’ve been able to make phone calls on Google smart speakers and displays for some time, but until now they’ve been audio only. With the new Nest Cam built into Google Nest Hub Max you can conduct video calls too – for free.

The Nest Cam is capable of auto-framing (panning and zooming) with a 127-degree field of view. It can follow you round the room, cropping and zooming in on the image.

Use Nest Hub Max as a security camera

In order to turn the camera into a security camera you’ll need to subscribe to Nest Aware, which will enable you to set recording schedules for when you’re home or away. But even without this subscription you’ll be able to log into the Home or Nest apps at any time to view what the camera is seeing.

Personalised results based on your face

By setting up Voice Match Google Assistant is able to recognise up to six individuals and serve up a personalised experience for each based on their own user preferences and information tied to their Google account.

With the new camera in Nest Hub Max Google is also able to achieve this using Face Match – again, for up to six users.

Nest Hub Max’s camera will be able to interpret a variety of hand gestures as an alternative to spoken commands. A hand gesture can be used to start or stop music playback, for example, which may be more successful than relying on the two-far field mics when music is blaring. 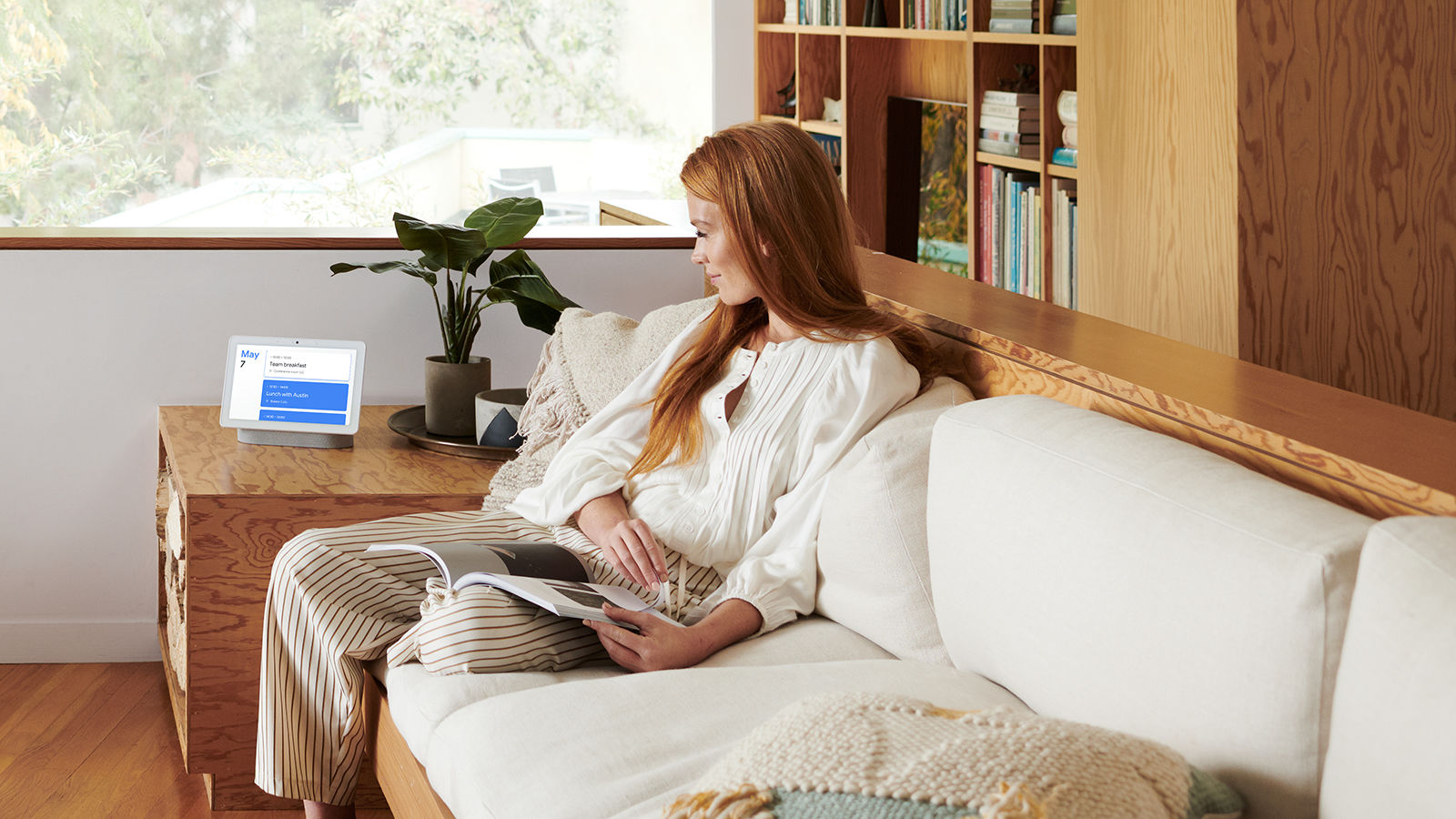 The Google Nest Hub Max was announced at Google I/O 2019 alongside the Pixel 3A and 3A XL, and the third beta of Android 10.