Google made the switch from Nexus to Pixel back in October 2016, and since then has produced some amazing phones, especially for photography. But it has also made some very expensive phones, and part of what consumers loved about Google Nexus was its incredible value for money and affordable price tags.

With today’s announcement of the Pixel 3a ( reviewed here) and 3a XL ( reviewed here) at I/O 2019 the company has sort of taken a step back. These are still great phones – and with the same great 12.2Mp camera and Night Sight as the standard Pixel 3 – but with some reduced specs and a cheaper plastic design that allows them to be priced much lower.

Available tomorrow (8 May) at £399 ($399) and £469 ($479) respectively, the Pixel 3a and 3a XL are mid-range phones that offer a pure Android 9 Pie experience, with at least three years of security and operating system updates guaranteed, as well as a Titan M chip for enhanced data security. 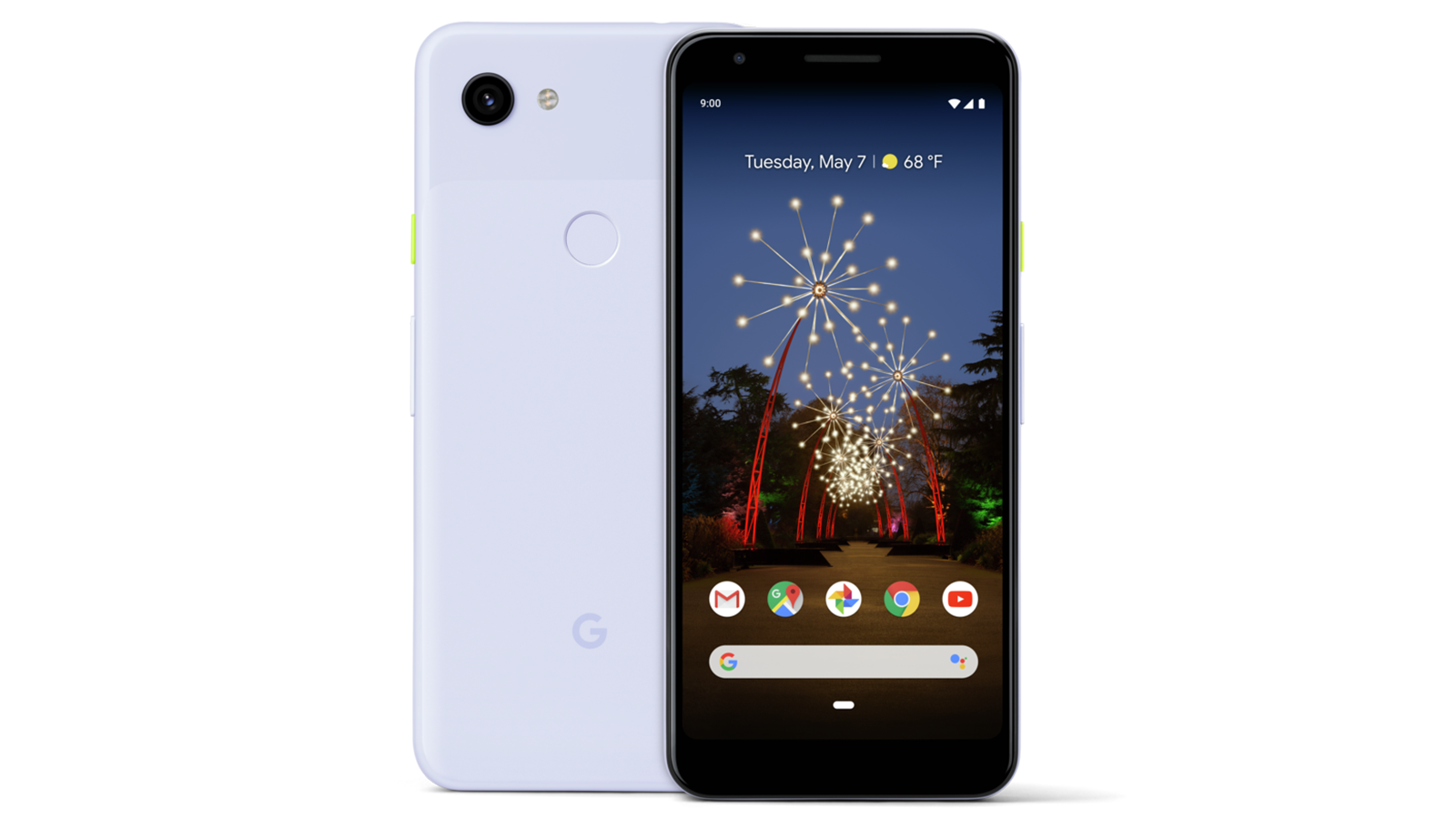 Moreover, they retain the Active Edge feature that lets you squeeze the phone’s edge to do such things as call up Google Assistant, and they’ve added a headphone jack to go along with the USB-C audio output and stereo speakers. There’s fast charging at 18W, and a 15-minute charge will get you up to 7 hours of usage, made possible through a new Adaptive Battery.

The only difference between Pixel 3a and 3a XL is their size, with the smaller sibling offering a 5.6in screen and 3000mAh battery, and the bigger brother featuring a 6in screen and 3700mAh battery – the latter allowing it to stretch to 14- rather than 12 hours of video playback. Just 20 grams of weight separates the two, with both handsets built into shells just 8.2mm thick – pretty impressive at this price point.

In return for the cheaper price, however, Pixel 3a and 3a XL lose the waterproofing and wireless charging, feature a fixed-focus 8Mp single-lens selfie camera (which does not support Group Selfie Cam), and swap out the Snapdragon 845 for a mid-range Snapdragon 670 chip. You’ll also have to make do with just 64GB of storage, since there’s no microSD card slot for expansion. Fortunately, Google offers free online storage of original-quality photos (up to 16Mp) through Google Photos.

You can read the full specifications below:

Pixel 3a & 3a XL specifications

Still in beta, Pixel 3a and 3a XL will be among the first phones able to try out the new AR mode in Google Maps. It can often be difficult to work out your bearings when staring at street directions on the map, but this new feature overlays directions and street names on a camera view.

A new feature coming to the Pixel phones is Time Lapse, which creates the effect of sped-up video by recording anywhere between 6fps to one frame every four seconds.

Photobooth previously let you trigger a photo with a smile, but has now been updated to recognise a kiss as well – perfect for pouting selfies.

Google hasn’t specified exactly how Pixel 3a and 3a XL will be more tightly integrated with Google Lens, but we can expect new functionality. Google Lens is its clever camera software that allows you to search online for whatever is in your camera’s view, translate text, identify landmarks, animals and plants, and more. (See: What is Google Lens?)

Messages is the default SMS app on Pixel 3a and 3a XL, and boasts a few new features, including a Dark mode. You can now use Smart Reply within message notifications or the message itself, more easily search for photos, videos, places and links that have been shared in conversations, and access your account on a PC or laptop to send texts from your browser.

Google’s new Pixel phones go on sale tomorrow (8 May) via the Google Store and retailers such as  Carphone Warehouse, EE, Argos and  Mobile Phones Direct .

The new Pixel phones were announced at Google I/O 2019 alongside the Google Nest Hub Max ( reviewed here) and the public beta of Android Q.