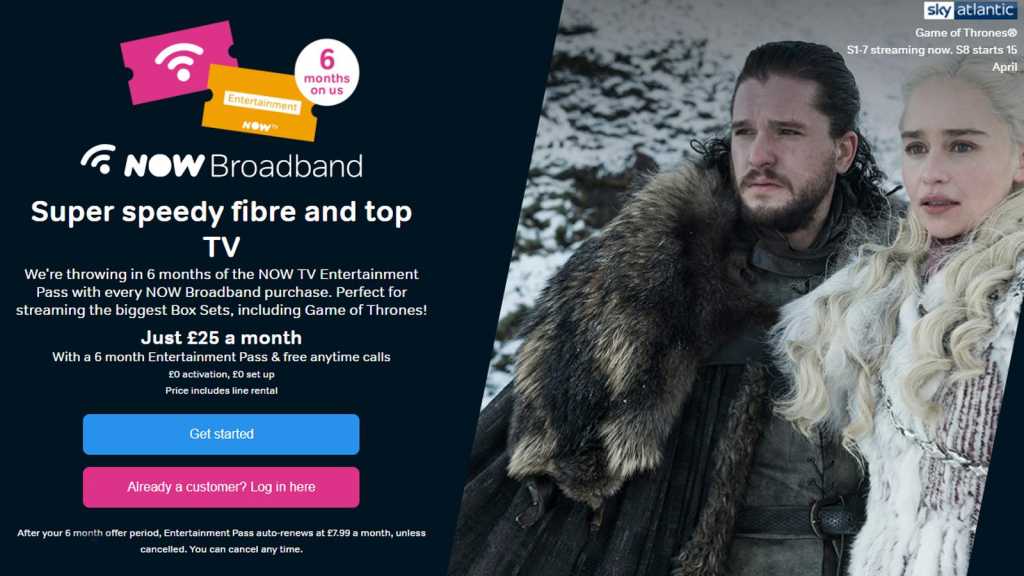 Now Broadband is currently bundling six months of the Now TV Entertainment Pass with its broadband internet deals. Game of Thrones fans will be happy to know the Entertainment Pass includes Sky Atlantic for unlimited catch up and access to new GOT episodes as they air – along with full access to past seasons.

There are three broadband speeds to choose from and prices start at £18 per month.

The plans are not contract based so you can opt out when you choose, and there aren’t any activation or delivery fees either. Line rental is included.

Apart from Sky Atlantic, you also get access to channels like Fox, Discovery, Comedy Central, MTV and many more. See the whole set over at Now TV.

Of course, the Entertainment Pass on its own is also on offer if you’re just interested in keeping up with the Khaleesi. You can pick a  3 month pass for £17.99, which works out to £6 per month instead of the usual £7.99. Head to Now TV to sign up.