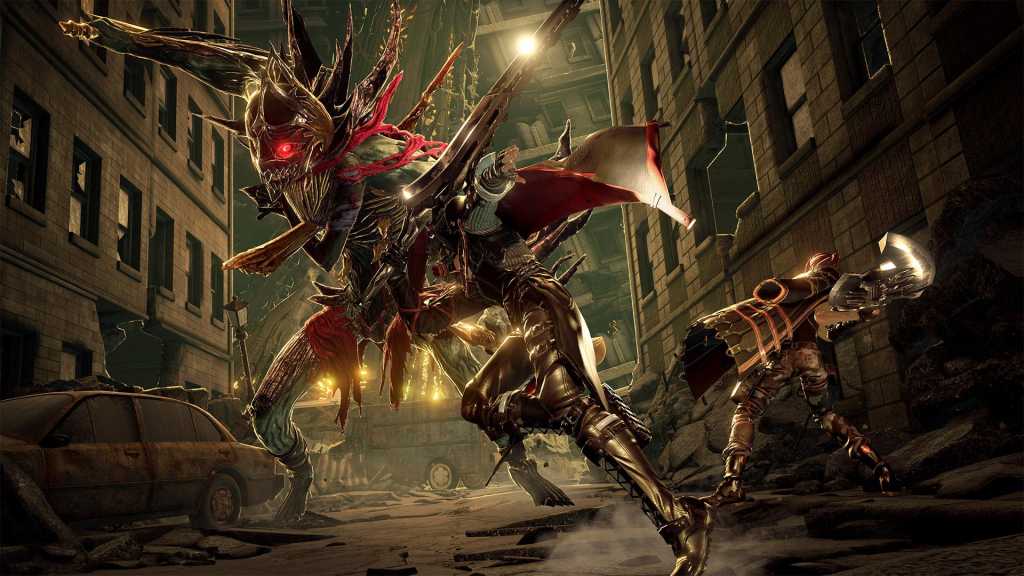 Code Vein is the upcoming RPG from Bandai Namco which aims to fill the hole left by the now discontinued Dark Souls series. While stepping into the shoes of a Souls game will be a tough ask for any title, Code Vein is seeking to bring its own spin to the moody RPG genre.

The game takes place in the near future after an apocalypse that has wiped out most of humanity. A band of Revenants make up a hidden underground society known as Vein, who are fighting to survive in a world that has turned against them.

To do this, they make use of a powerful gift that has been given to them, in exchange for their memories and a thirst for blood. Giving in to the bloodlust fully will result in becoming one of the Lost, empty shells of humanity.

While From Software has recently released the Dark Souls inspired  Sekiro: Shadows Die Twice, Code Vein looks like a hardcore RPG with an anime twist.

Code Vein is set to release in 2019 although we don’t have an official date yet.

The title was originally set to launch in September of 2018 but was pushed back.

Code Vein will be available on the PS4, Xbox One and PC.

Code Vein is being made by the team behind the God Eater series, although it has been confirmed by producer Keita Iizuka that the games won’t be related in any way.

The game has been described as a ‘dramatic exploration action RPG’, and if that is yet another aspect of this game that makes you think of From Software’s Dark Souls series then you’re certainly not alone, as the tag line ‘Perpare to Dine’ has been used to promote Code Vein, playing off Dark Soul’s own ‘Prepare to Die’ with a vampire twist.

The game isn’t just going to be Dark Souls wearing an anime coat, however. There will be several features to set the game apart, including a buddy system that allows you to bring an NPC companion with you into areas. The gameplay reminds us more of a spectacle fighter, such as Metal Gear: Revengance or Bayonetta rather than a Dark Souls title too. While the world and theme is dark and fairly grim, it’s got a bit less of that hopeless gritty feeling that comes with playing a Souls game too.

Make sure you take a look at the best upcoming PC games of 2019 so you don’t miss out.