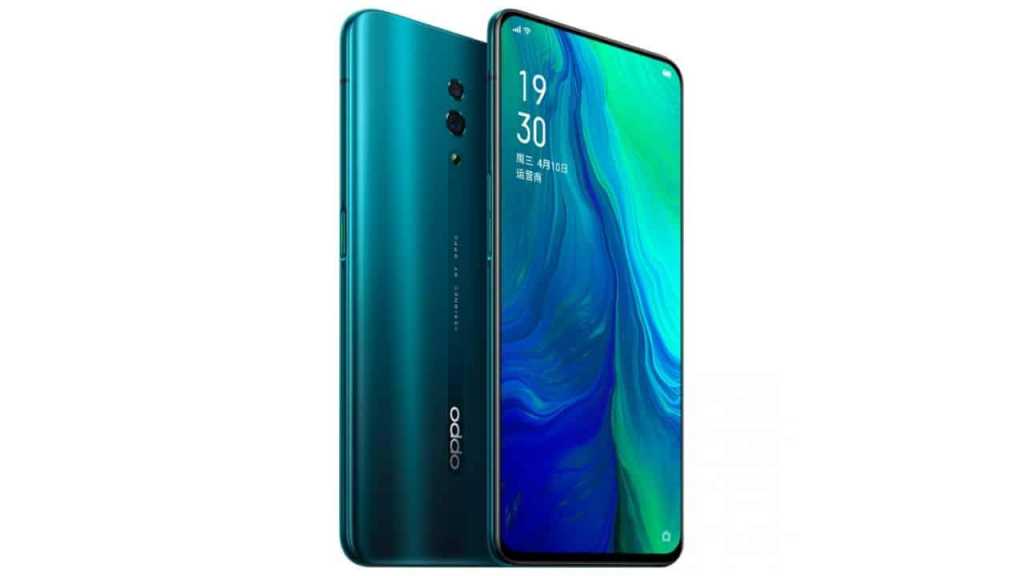 After its introduction into the UK market with the eye catching Find X and RX17 Pro, Oppo has announced its Reno series of phones. The three similar smartphones feature what the company calls a ‘pivot-rising’ camera that houses the front camera, camera flash and earpiece.

The regular Oppo Reno has mid-range specs while a 10x Zoom version features a camera that aims to compete with the camera zoom prowess of the Huawei P30 Pro. A similarly high-end version is 5G-ready.

Here’s all the info on the three Oppo Reno smartphones.

When is the Oppo Reno release date?

The Oppo Reno was made available in selected regions from 10 May. The Reno will launch in the UK on 5 June, while the 10x Zoom model will be released on 12 June.

The Oppo Reno 5G is on sale in the UK, and is available to buy now with plans starting at £59 a month. It was originally exclusive to EE, but is now also available from O2.

How much is the Oppo Reno?

What are the specs and features of the three Oppo Reno phones?

All three phones have Oppo’s Ultra-Night Mode 2.0 to try and keep up with Huawei and Google’s camera night modes. They all also can shoot 4K video at 60fps, and have the same 48Mp main camera and 16Mp front facing camera.

The phones will be available in green and black gradient finishes, as well as regular gold and purple versions in some regions. Their large displays with no notch or cut-out continue the trend seen in the company’s Find X.

All three phones have Oppo’s excellent (trust us, we’ve used it) VOOC flash charge 3.0 that charges them incredibly, stupidly fast. They all run Oppo’s ColorOS 6 skin over Android 9 Pie.

All three also feature in-screen fingerprint sensors. There are a few differences though, as you would expect from three models:

This version has exactly the same high-end specs as the 10x Zoom Reno but is equipped with a 5G-ready Qualcomm X50 modem, hence the higher price. That is the only difference!

The 10x Zoom version runs a Snapdragon 855 too, but is not set up to access 5G networks. Aside from that, it has the exact same specs as the Reno 5G but costs less. Could be a winner considering 5G networks don’t really exist yet.

The 10x zoom is referred to as a ‘hybrid’ zoom, achieving with a periscope style camera like the Huawei P30 Pro. This is achieved by combining the 5x optical zoom from the 13Mp periscope lens with digital info from the 48Mp main sensor.

The regular Reno runs the Snapdragon 710 processor, a less powerful but more energy efficient chip. It’s the same one found in the RX17 Pro.

It has a slightly smaller 6.4in AMOLED screen but is available with the same 128/256GB storage (though not expandable) and 6/8GB RAM. Its dual 48Mp and 5Mp cameras are capable but lack the 10x zoom as you might expect.

It does have the same motorised pop up module though, with a design very similar to the more expensive phones. It runs the same software, too.