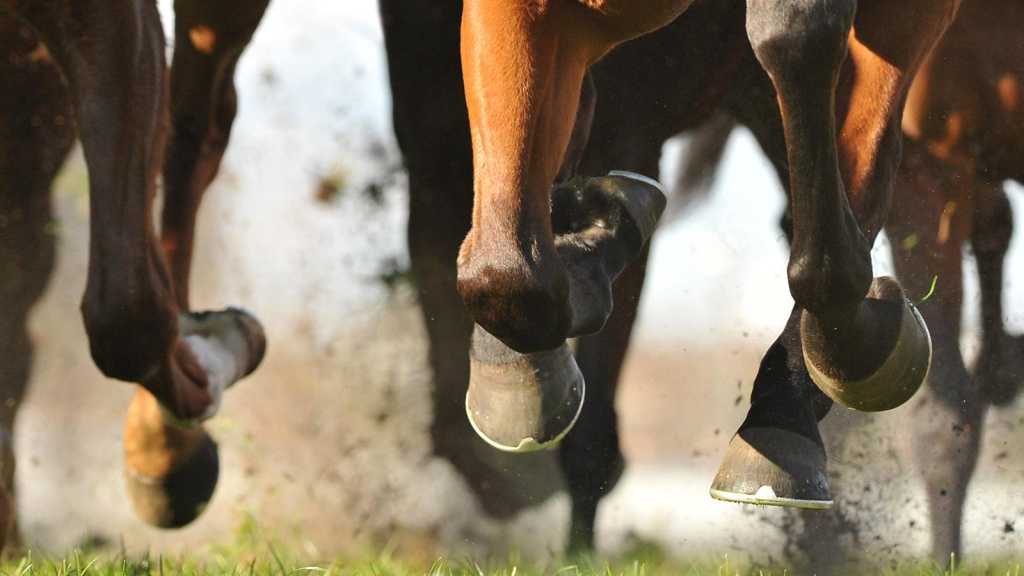 This year’s Grand National is on Saturday 9 April, and will be the first time fans have been able to attend in person since 2019. As the most famous steeplechase in the world, the Grand National features 40 horses and riders racing two laps of Liverpool’s Aintree racecourse, which has a total distance of 4 miles and 2.5 furlongs with 30 fences en route.

Back in 2020, the race happened virtually, and wasn’t the first time the Grand National in its standard form has had to be called off, with both WWI and WWII causing a brief hiatus in the otherwise annual event that has been running since 1839.

Last year it went ahead, albeit behind closed doors.

Of course, you want to know how to watch this weekend. The racing is broadcast live in the UK on ITV (and ITV HD), but you can also watch a live stream of the Grand National online at ITV’s website or via its mobile app (for iOS or Android).

ITV Hub+, which is ITV’s premium subscription streaming service offers an ad-free experience at £3.99 per month, with a seven-day free trial. It also can be viewed from outside the UK in EU countries. Unfortunately this applies only to catch-up and not live broadcasts, which isn’t helpful if you’re wanting to watch the big race live.

An alternative, if you are watching from abroad, is to fool your web browser into thinking you are in the UK by installing a VPN. Our pick of the best is NordVPN.

If you are placing a bet on the Grand National, you will also be able to live-stream the race through that bookmaker’s mobile app.

Which horses are running in the 2020 Grand National?

To this day Red Rum is the only horse to have won the Grand National three times, in 1973, 1974 and 1977, with trainer Ginger McCain also going on to successfully lead Amberleigh House to victory in 2004. His son Donald then brought in a fifth win with Ballabriggs in 2011.

In 2019 Tiger Roll won the National for the second year in a row.

Here are the horses who won in the 21st century:

Where to bet on the Grand National 2022

Here are some of the bookmakers where you can bet on the Grand National  this year: William Hill, Paddy Power, Bet365,  Unibet, Ladbrokes, Coral and BetVictor.

Each is paying up to six places on Each Way bets. We advise you to select whichever bookmaker has the highest odds for your horse of choice.