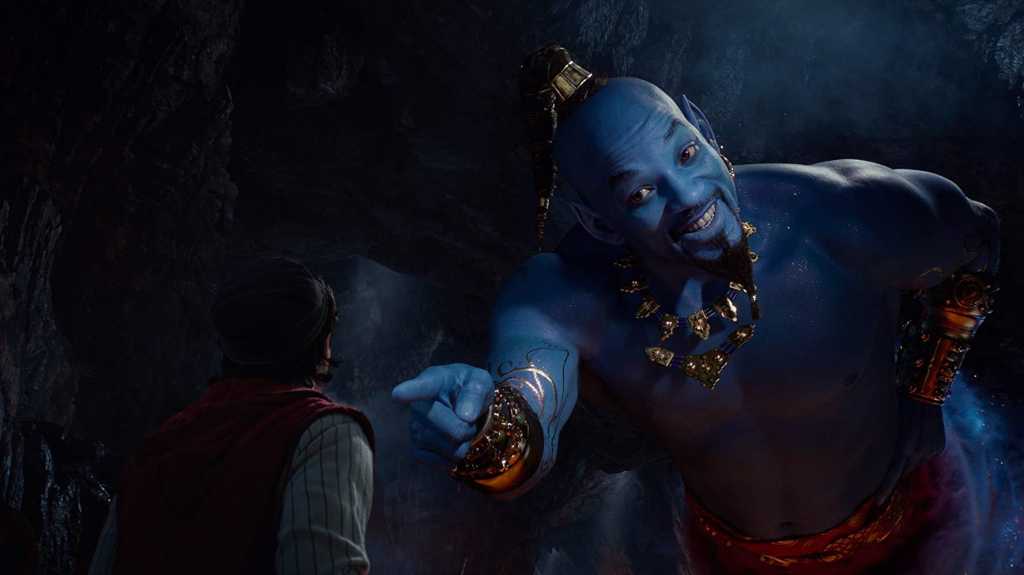 Disney’s persistent efforts to remake every one of their animated movies in live action continue this year with Aladdin, an updated take on the ’90s classic that’s best remembered for Robin Williams’ Genie and that one song on the flying carpet.

The new live action take on the classic Middle Eastern story (or its Disney version at least) is coming to cinemas this summer, and here’s everything you need to know.

When is the Aladdin release date?

Aladdin is releasing in the UK from 22 May, with the US getting it two days later on 24 May. To get tickets as soon as they’re available, check out Fandango in the US, or cinemas like Odeon, Cineworld, or Vue in the UK.

It’s not the only live action Disney classic this summer though – later on we’ve got The Lion King to look forward to as well. Check out our guide to this year’s best movies for more of the biggest releases on the way.

We’ve actually had quite a few different teasers and trailers for Aladdin so far. First up, way back last October Disney teased the movie with this tantalising clip that doesn’t give much away:

Next we got the Super Bowl tease, which showed a bit more, including the first (controversial) glimpse of Will Smith as the new Genie:

Clearly a bit worried by the reaction to Smith’s blue-face, it was only a few weeks before Disney then followed up with the film’s first full trailer, which features more music, more action, and more Genie:

Aladdin himself is Canadian-Egyptian actor Mena Massoud, in his first major movie lead role – though you might recognise him from Amazon’s Tom Clancy series. As for Jasmine, she’ll be played by Naomi Scott, an English actress who previously played the Pink Ranger in the rubbish Power Rangers reboot a couple years ago.

The bit of casting that’s grabbed headlines is undeniably Will Smith as Genie, taking over from the inimitable Robin Williams – though the reaction to his performance hasn’t been entirely positive so far, not least thanks to heavy criticism of the CGI used to make him blue.

On the villainous side of things, Jafar will be played by Marwan Kenzari, a Dutch actor who’s previously been in the likes of the remakes of Ben-Hur and Murder on the Orient Express. Meanwhile his parrot Iago will be voiced by none other than Alan Tudyk, who you might know from Firefly, Star Wars: Rogue One, Arrested Development, and more.

The film is being directed by Guy Ritchie, continuing his run of fairly family-friendly fare after the likes of King Arthur: Legend of the Sword and the recent Sherlock Holmes films – though he’s probably best known for British gangster flicks including Snatch and Lock, Stock and Two Smoking Barrels.

Ritchie co-wrote the screenplay along with John August. It’s the first time the pair have worked together, but August is a longtime Tim Burton collaborator who contributed to the likes of Frankenweenie, The Corpse Bride, and Charlie and the Chocolate Factory.

Is Will Smith going to be blue as the genie?

When Disney first revealed Smith in costume as Genie during the Super Bowl spot for Aladdin, it’s fair to say that the reaction was… mixed. Most of all, people hated how Smith looked under the CGI used to make him look blue – as the animated Genie had way back when.

The response was so strong that some people wondered if Disney and Ritchie would backtrack and change the design – fueled in turn by the first full trailer, which still showed him blue, but also featured separate footage of Smith looking more normal.

To be blunt, it’s probably wishful thinking to hope that Disney would remove the blue-face from the film entirely, if only because it probably wants to avoid the embarrassment of admitting it screwed up. So get ready for blue Genie whether you like it or not.

Still, it’s likely that the studio is quietly reducing how many scenes have him in blue, and hopefully investing a little extra money to tidy the effects up, so fingers crossed it will be less of a problem in the final film.