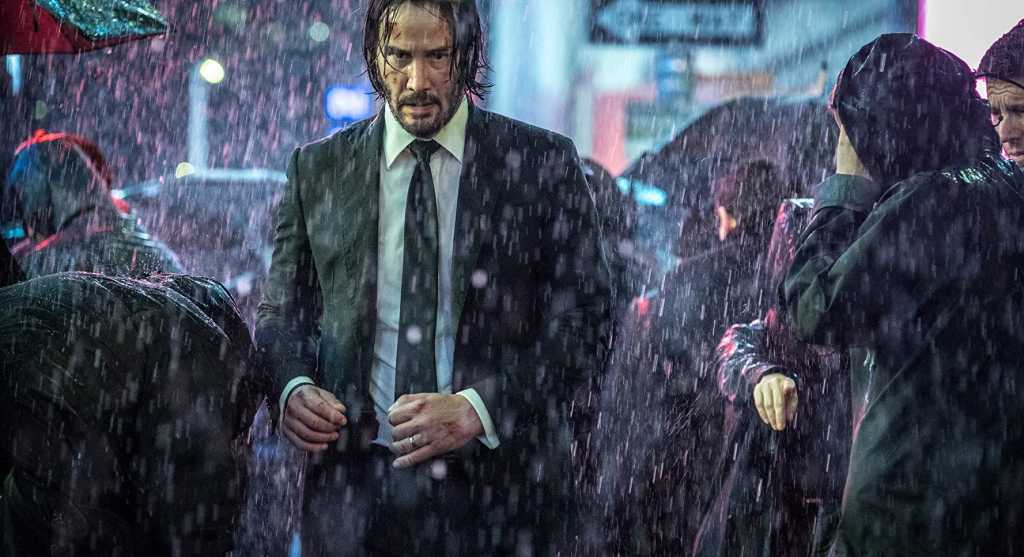 Keanu Reeves is coming back for a third go as his ludicrous dog-avenging, martial-artsing, flowing-haired remorseful assassin John Wick.

John Wick: Chapter 3 – Parabellum (to give the threequel its full, ludicrous name) will see Reeves team up with Halle Berry for another go round the over-the-top secret society of assassins and contract killers who once again all seem to be out to get him. We reckon it’ll be one of the best movies this year – read on to find out why.

When is John Wick 3 coming out?

John Wick: Chapter 3 is out in the early summer, releasing in both the US and UK on 17 May 2019 – sandwiched neatly between Detective Pikachu and Aladdin, in case you fancy a very odd triple bill.

To grab tickets, the best bet is to keep an eye on Fandango in the US, or Cineworld and Vue in the UK.

In the meantime, you can catch up by revisiting the original John Wick and John Wick: Chapter 2.

Here’s the first trailer for John Wick 3, which sets out the basic situation: John broke the rules, the High Council wants him dead, and the $14 million bounty on his head means there are plenty of people willing to help:

Trailer two doesn’t explore much more of the plot, but it shows off some more action beats – including more from Halle Berry’s dogs – and gives us a better look at the film’s main antagonists:

Then, finally, is this brilliant clip released for National Puppy Day. Yes, it’s basically all footage from John Wick 2, but do you really care when it’s this delightful?

Obviously, Keanu Reeves is back as John Wick, and he’s also joined by Ian McShane, Lance Reddick, and Laurence Fishburne in returning roles. There are plenty of new faces too though.

For one, there’s Halle Berry as Sofia, a fellow assassin from John’s past with her own pair of weaponised attack dogs. It looks like John will recruit her on side during the movie, so expect to see them fighting alongside one another.

On the other side we’ve got Asia Kate Dillon (Orange Is the New Black) and Mark Dacascos (of, uh, Iron Chef America) as The Adjudicator and Zero respectively: they’ll both be hunting John down, and so it’s a good bet that they’ll also both be dying.

Finally, Anjelica Huston is the latest acting giant to join the franchise. She’s playing The Director, and judging from the trailers she’s not quite actively hostile towards John, but she doesn’t look likely to be doing much to help.

Behind the camera, Chad Stahelski is back to direct – he did both the first two movies too. As for the screenplay, original creator Derek Kolstad is back, but supported by Shay Hatten, Chris Collins, and Marc Abrams.