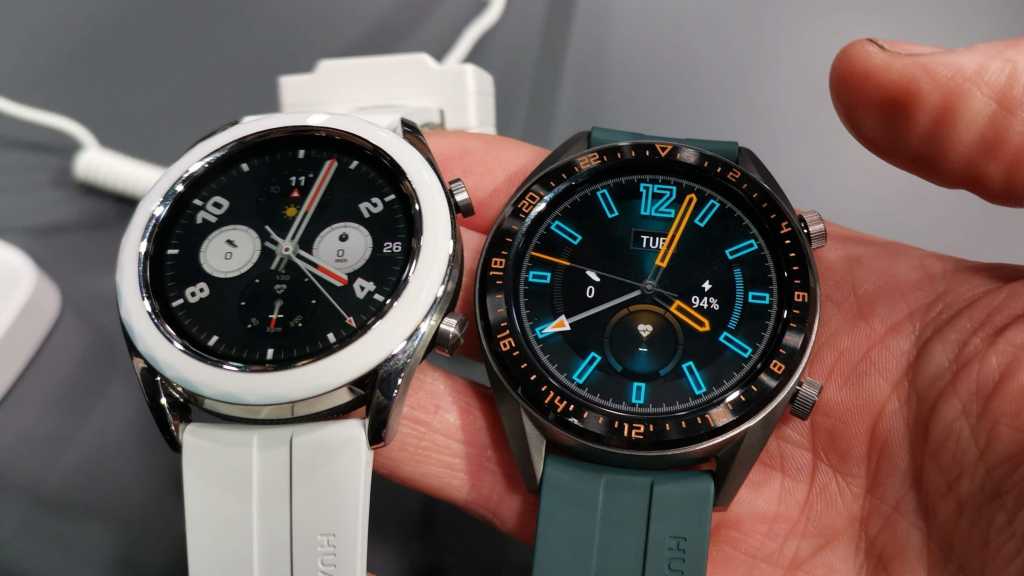 At its P30 event in Paris, Huawei announced new models in its Watch GT range. The Active is the larger one, and the Elegant a new, smaller watch that’s better suited to smaller wrists.

They’re not much different to the original Watch GT which launched along with the Mate 20 Pro in October 2018, save for their design.

There are now two sizes to choose between, a 46mm case – the Active – and a 42mm case, the Elegant.

The latter has two colour options currently, white and black. The black appears as a pearlescent purple colour when the light catches it, a neat effect. As part of the new design, there’s now a ceramic bezel.

Here’s the 42mm version next to a 42mm Apple Watch: 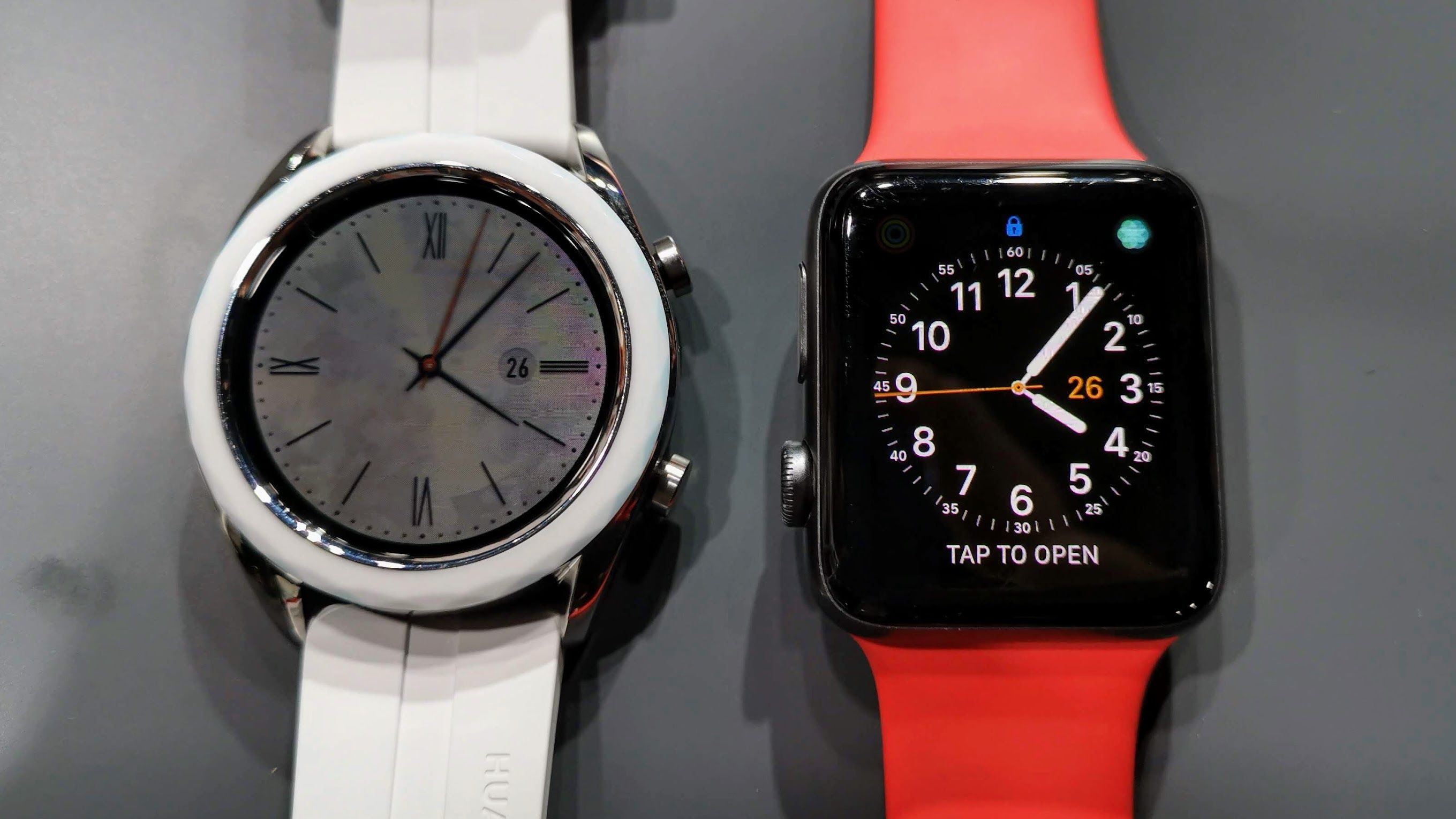 The only other difference is battery life: the larger runs for two weeks between charges, but you’ll have to charge the smaller one each week.

Both offer the same features as the original: built-in GPS, heart rate monitor, sleep tracking and support for tracking all kinds of sports. There’s no Wi-Fi, just Bluetooth for communication with your phone.

They run LightOS, not Android Wear, and you can find out more about this in our full Watch GT review.

There’s no word on when they’ll go on sale, but you’ll pay 249 Euros for the 46mm and 229 for the 42mm. We’re told that there are no plans to bring them to the UK, and the UK isn’t among the countries listed on Huawei’s website for the watches.