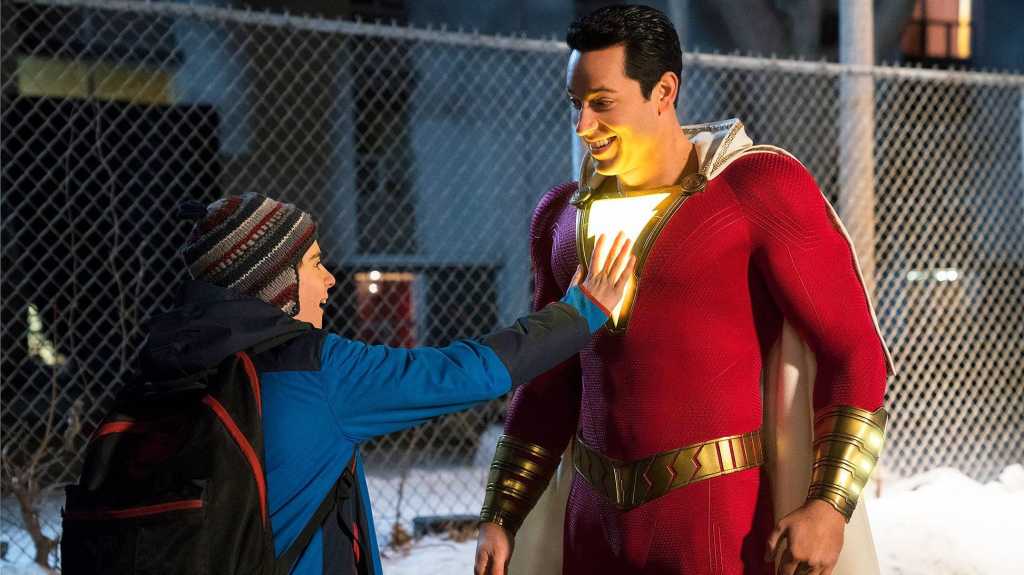 Shazam! is the latest giant superhero spectacle from DC, and is the biggest sign yet that the company is done with its grim ‘n’ gritty takes on Batman and Superman: this is peak golden age comic book nonsense, and hopefully all the better for it.

Centring on a young boy who meets a wizard (!) who grants him the power to turn into a superhero (!!) by saying his magic name, Shazam (!!!) it makes sense that DC would opt for a lighter tone here. With the film out soon, here’s what you need to know – and here’s our separate (spoiler-free) guide to what we know about the film’s post-credit scenes.

We’ve also reviewed the film, so check that out if you want to know what we think.

When is the Shazam! release date?

Shazam! is out now in the US and UK. If you want to grab tickets then head to Fandango in the US, or any of the big UK cinema chains: Odeon, Vue, or Cineworld.

It’s a busy month for comic book fare though – the week after Shazam! releases it’s be joined by the darker-skewing Hellboy reboot, and a couple weeks after that Marvel’s ginormous Avengers: Endgame hits cinemas, so the DC movie will only have a few weeks to make its money.

There a few trailers for Shazam! that are worth watching, starting with the ‘teaser’ – which, at 3 minutes long, is really just a full trailer:

Then in January 2019 we got a much shorter clip, but one that focuses even more on the movie’s silly side:

Then finally there’s ‘Trailer 2’ – sort of acknowledging that the first teaser wasn’t a teaser at all – which is the best look yet at the film’s big action beats:

Shazam himself (originally known in the comics as Captain Marvel, but obviously that got complicated quickly) is Zachary Levi, here getting his big break as a leading man – though you might already know him from smaller roles in the Thor movies, voicing Eugene in Tangled, and various TV parts including the main character in NBC’s spy comedy Chuck.

He’s the adult, super-powered version of Billy Batson with Asher Angel playing his younger self, and Jack Dylan Grazer as his best friend/foster brother.

There actually aren’t too many other big names in the cast. Djimon Hounsou plays the wizard who grants Billy his powers, while Mark Strong is Dr. Thaddeus Sivana, the film’s ridiculously named big bad.

Behind the camera, David F. Sandberg is calling the shots – an interesting choice given his previous movies are the horrors Lights Out and Annabelle: Creation. He’s directing a script by Henry Gayden – only his second movie screenplay after the family film Earth to Echo.

The basic gist of the movie is simple. Foster child Billy Batson is a good kid at heart, who can’t help getting into trouble – you know the type – who finds himself face to face with a wizard, as you do. The wizard grants him his power, turning him into a superhero every time he says his name – the titular Shazam.

It’s a pretty goofy set-up, but luckily it looks like the film is going to lean into that, playing heavily on the Big-esque comedy of a kid suddenly getting an adult body, taken to the next level by throwing superpowers into the mix.

He’ll somehow clash with Mark Strong’s Dr. Thaddeus Sivana – a mad scientist and business tycoon (a Lex Luthor type, essentially) who has had various different powers and motivations over the years in the comics. We’re not sure yet what’ll be driving him this time around.