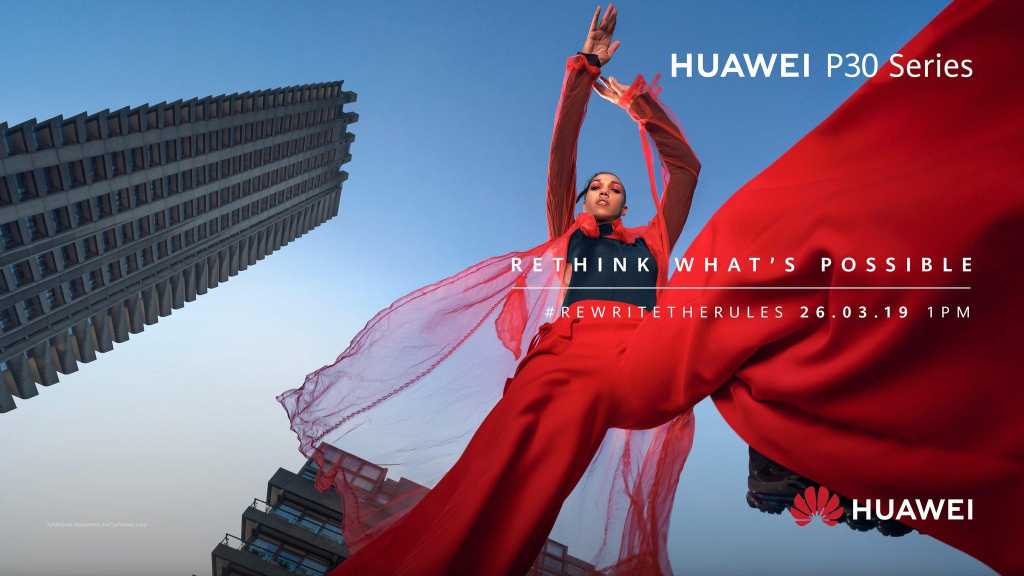 As you might be aware, Huawei avoided announcing new P-range phones other than the Mate X at MWC, choosing to have a dedicated launch event instead. Here’s how to watch the Huawei P30 launch live stream.

MWC, although typically a smartphone heavy tech show, was for new laptops (like the MateBook X Pro 2019) and the  Mate X. The P30 phones are nearly here and it’s nice an easy for you to watch the whole event from the comfort of your own home.

When is the Huawei P30 launch?

It’s being held in Paris with the tagline ‘Rewrite the rules’.

How to watch the P30 live stream?

If you want to watch the event live then you’ve come to the right place. We’ve embedded the video above.

What to expect from the Huawei P30

Like so many smartphone launches, a lot of details about the P30 phones has been leaked ahead of the launch event.

We’re pretty confident then, that Huawei will be announcing both the P30 and P30 Pro. There could also be a P30 Lite for those wanting a cheaper version.

The P30 range looks like it will get larger screens with a waterdrop notch, as well as new features such as an in-display fingerprint scanner. Triple (or even quad) rear cameras and the return of a headphone jack is also possible. The phone will rival the iPhone XS and Samsung Galaxy S10.

While lots is known, it’s worth tuning in to the live stream to see if the rumours are true and if there are any surprise products that didn’t get leaked – perhaps a smartwatch or headphones. We’ll also get official word on things like release date and price.

Here’s an overview of the rumoured P30 specs: