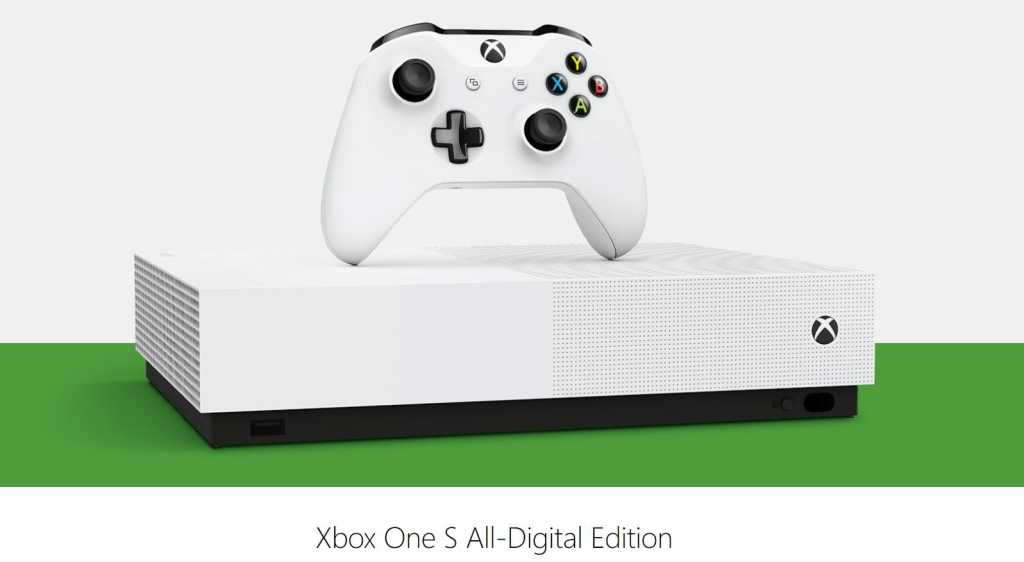 It’s not the Xbox Two, but Microsoft is gearing up to release a new console in the coming months. Microsoft’s upcoming console is a little brother to the Xbox One S, offering a cheaper way into Microsoft’s Xbox ecosystem for new gamers. The Xbox One S All-Digital will ditch the Blu-Ray disc player in favour of downloadable digital content.

Here’s all you need to know about the disc-less Xbox One S.

When will the disc-less Xbox One S be released?

An announcement on the Xbox official website has confirmed that the Xbox One S All Digital will be available from 7 May 2019.

How much will the Xbox One S All-Digital cost?

The Xbox One S All-Digital is available order for £199.99 ( $249.00) right now. You can also get it from retailers including Amazon, Argos and Currys PC World.

What will the Xbox One S All-Digital offer?

The Xbox One S All-Digital is an Xbox One S, minus the disc drive, with some pre-installed titles – all at a lower price than the regular One S. This does mean that you will not be able to use regular discs with the All-Digital One S, so do keep that in mind before purchase.

For $50/£50 less, you’ll get a brand new console with Minecraft, Forza Horizon 3 and Sea of Thieves included with it. If you’re a brand new player, you can get right into the action with a special offer for the Xbox Game Pass that opens up a library of over 100 games ready to download at a moments notice.

The Xbox One S All-Digital will also support Ultra HD 4k streaming, HDR and spacial audio features. All of your games, saves and backups are stored safely within the Microsoft cloud, so where ever you log into your account, your information is always there and waiting for you.

For the full details on the brand new disc-less console from Microsoft, take a look at the details on its website.