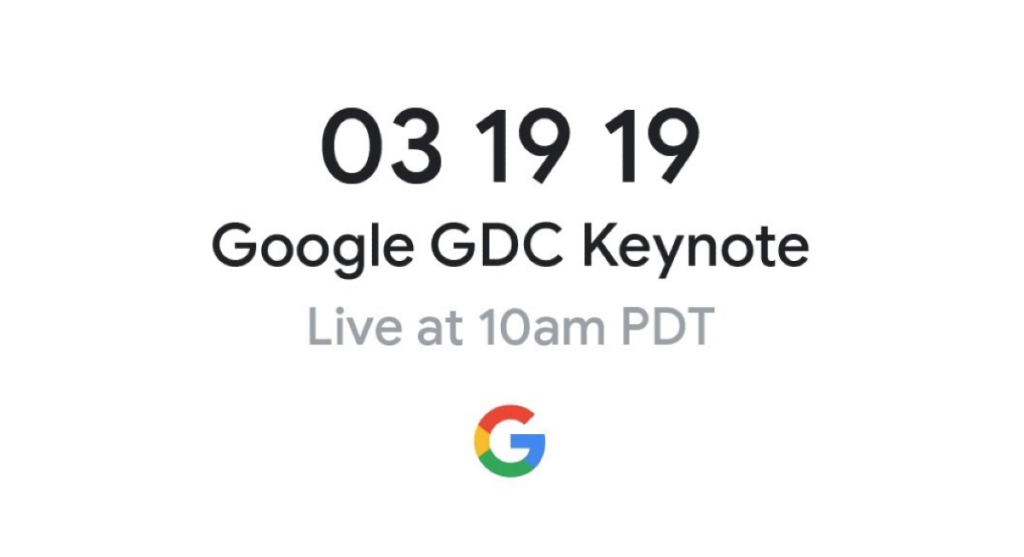 Is Google about to throw its hat into the gaming ring? The company has been working on a game-related project for quite some time now, and it’s finally ready to officially reveal it to the world. While rumours suggest it’s a cloud-based game streaming service, evidence also points towards the reveal of a physical console.

Whatever Google has planned, you’ll be able to watch it from the comfort of your home – carry on reading to find out all you need to know about Google’s GDC 2019 keynote.

When will Google’s GDC 2019 keynote begin?

As revealed by the company in the lead up to GDC 2019, Google’s press conference will take place today, Tuesday 19 March 2019, at 10am PT (5pm GMT for those of us watching from the UK). It’s being broadcast from San Francisco’s Moscone Center and while seats at the event are limited, the good news is that you can watch Google’s presentation from the comfort of your own home.

As mentioned, Google is planning to broadcast its’ GDC 2019 press conference as it happens, and what better way to do so than via its own video platform, YouTube. Simply head to Google’s YouTube channel later today to watch the company reveal it’s long-rumoured gaming platform.

We’ve also embedded the livestream above for your convenience! We’re good to you, we know.

What will Google announce at GDC 2019?

Google has confirmed that it’ll be revealing its vision for ‘the future of gaming’ at GDC 2019, and while we don’t have confirmation just yet, we imagine the company will reveal a cloud-based gaming service that runs on Google Chrome. It’s known internally as Project Stream, and following successful open beta tests in late 2018, we think Google will officially reveal it to the public.

But rather interestingly, rumours also suggest that Google could reveal a console-like box that takes advantage of the cloud-based streaming service (as well as allowing it to work on desktops and laptops via Chrome). It would make sense; a cheap-ish box that you can plug into your TV will likely provide a better gaming experience than playing via Chrome on a 13in laptop.

We don’t have to wait much longer to find out, thankfully!