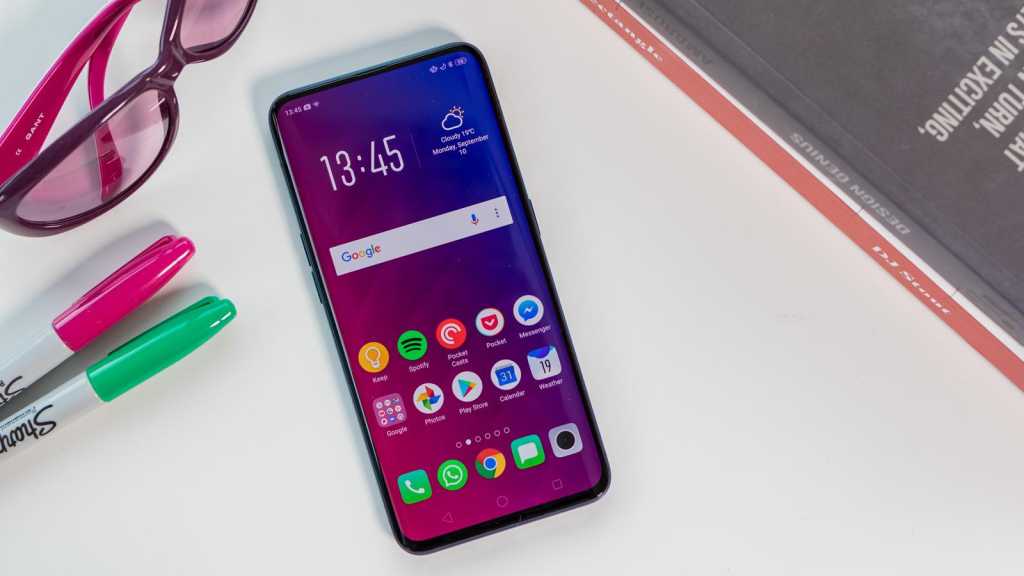 It might not be as well known nor offer such high value for money as Xiaomi, but Oppo is another top Chinese smartphone brand that is now available in the UK exclusively through Carphone Warehouse. The company teased its 10x zoom camera technology at MWC in February, and now the flagship that will house that tech looks to be just a short while from launch.

The Oppo Find Z, successor to last year’s flagship Find X (pictured), should arrive in Q2 2019 (between April and June), and it’s likely to cost as much as the outgoing X at £799. We don’t know the exact launch date, though the Find X was announced in June 2018. The Z will likely follow the new Oppo Reno mid-range line, which will use the same 10x zoom camera tech and is expected to arrive on 10 April.

Oppo VP Shen Yiren has confirmed on Weibo that the upcoming flagship (which we expect will be called Find Z since the company recently trademarked that name with the European Union’s Intellectual Property Office) will carry the Qualcomm Snapdragon 855 processor, an upgrade over the Find X’s Snapdragon 845. It will also have a 4,065mAh battery, up from 3,730mAh.

Oppo showcased a prototype device with these specifications at MWC, where it was also confirmed the phone would feature 8GB of RAM and up to 256GB storage. However, the phone on display also had a screen notch, whereas the Find X is notable for its almost bezel-less display and sliding screen and camera mechanism. We think the final design is likely to be more in line with that of its predecessor.

The 10x zoom camera tech announced at MWC comprises three lenses, with the first a 16mm ultra-wide, the second a 48Mp sensor with OIS, and the third a telephoto lens with 160mm focal length.

The Find Z has already appeared on AnTuTu (though we suspect under a fake name to disguise its identity) where it scored 365,246 points, second only in AnTuTu’s ranking to the Mi 9. The benchmark also reports previously unknown specs including a 16Mp selfie camera and 2340×1080 display.

The Find Z is also rumoured to feature an enhanced in-display fingerprint sensor with a larger surface area, able to recognise two fingerprints at once. It’s also thought to accommodate wired charging at an incredibly fast 50W.

We’ll update this article with more news as we hear it.