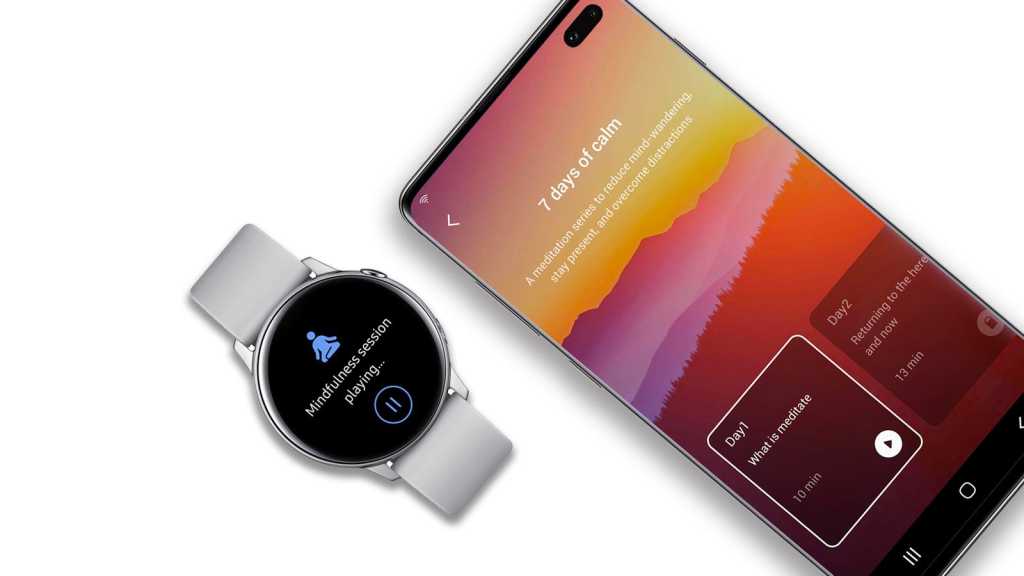 Samsung has announced a partnership with Calm, the world’s most popular sleep, meditation and relaxation mobile app.

Calm provides a wide range of relaxing features, from the sounds of nature, to specially commissioned musical works and sleep stories read by celebrities such as Stephen Fry and Matthew McConaughey.

Calm is one of the top-rated mindfulness apps and is noted for its immediate soothing effect with the user being greeted by gentle sounds of the outdoors as soon they launch the app.

While there is an optional annual premium subscription service available, Calm offers a large range of free content.

For Samsung, this is more than just another app tie-in; it’s a way to improve the lives of users. “We’re excited to be partnering with Calm, a true innovator in the mindfulness space, to support better mental health for consumers around the world,” says Peter Koo, Samsung’s Head of the Health Service Team.

With downloads totalling over 40 million via the App Store and Google Play, Calm has already proven to be a hit.

Users will be able to tap on a new ‘Mindfulness’ icon in the Samsung Health app and either create a new Calm account or sync an existing account. This will give them access to a wide variety of features designed to reduce stress and anxiety, as well as aid sleep and relaxation.

This integration gives users the added convenience of pausing meditation sessions and monitoring stress levels though wearable tech like the Galaxy Watch Active..

The Samsung Health app with Calm integration is initially available on all Samsung mobile devices running Android Pie OS. This includes the new Samsung Galaxy S10 smartphone range, which is packed full of the latest tech such as Wireless PowerShare and 8GB of RAM.