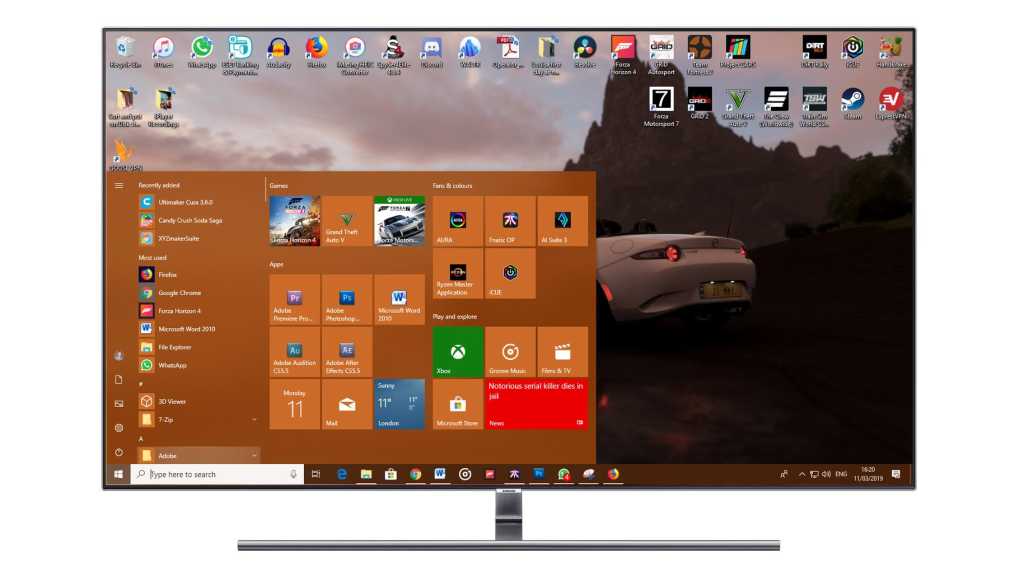 Miracast is a way of wirelessly beaming the contents of your phone, tablet or PC to a TV or other screen. It’s a relatively old technology which hasn’t had any development for a long while and which has been superseded by other wireless technologies including AirPlay and Google Cast.

Put simply, if you want to beam your Android or iPhone screen to a TV, then a Chromecast or Apple TV is, respectively, the best way to do it.

What if you need to beam your laptop screen to a projector or TV wirelessly? That’s when Miracast makes a little more sense, although be warned that it can be problematic and downright frustrating when it doesn’t work, or work properly.

To use Miracast in Windows 10, just press Win+K. This opens the Connect window where wireless displays will be listed. Pick the one you want from the list and your Windows desktop should appear on it.

If practice, it’s rarely that simple so, if possible, just use an HDMI or other video cable to hook up the screen to your laptop as it’s far simpler and more reliable. We’ve recommended the  best cables if you need to buy one.

How to enable Miracast in Windows 10

Virtually all laptops support Miracast, but it’s important to understand that Wi-Fi must be turned on to use it because, at its core, Miracast uses Wi-Fi Direct. It also means your PC needs a Wi-Fi adapter or native Wi-Fi hardware that is compatible with Miracast, as not all are. Also, just to clarify, Miracast does not work over Ethernet. 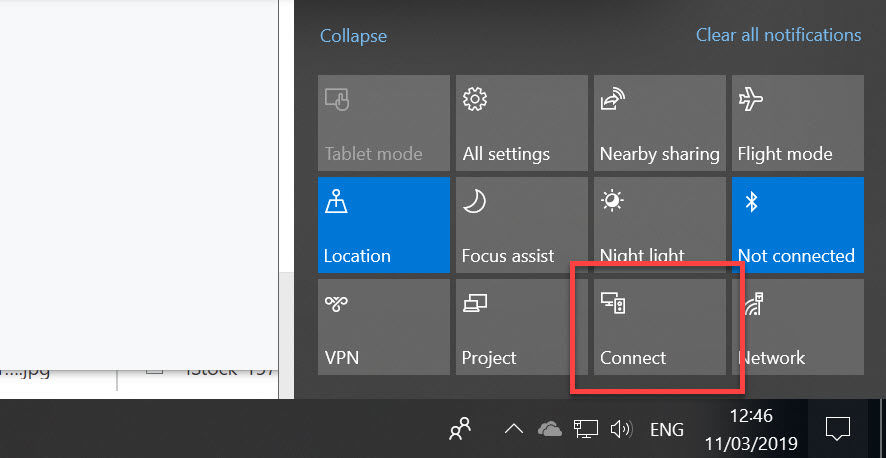 You can find out whether your computer supports Miracast (and whether it’s working) by going to Action Centre (press Win+A) and clicking on Connect, or by pressing Win+K which is the direct shortcut to Connect. You might see here a message telling you that you PC does not support Miracast, as shown below, in which case it won’t be able to connect to a wireless display. Ensure Wi-Fi is switched on and try again – the warning message should disappear. 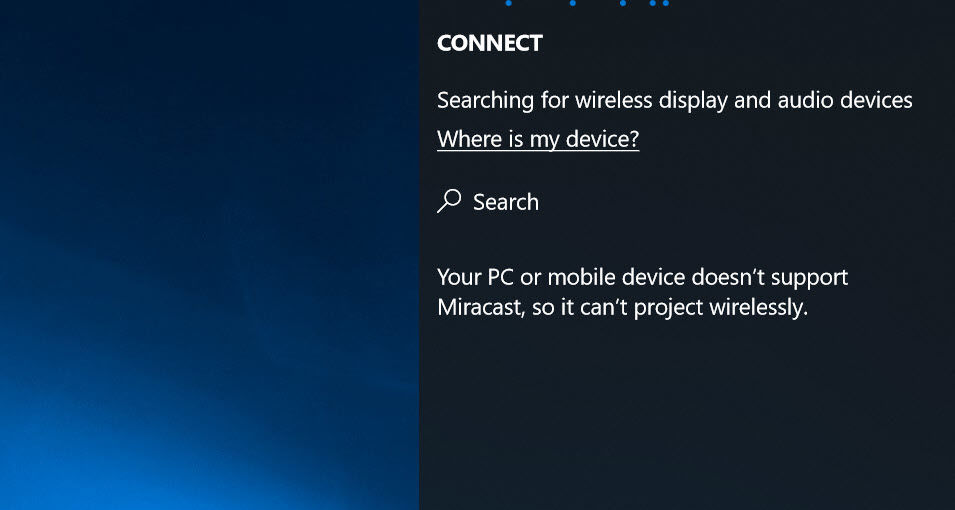 We’ve found that waiting a few minutes after enabling Wi-Fi can be necessary before the warning messages disappear and allow you to search for Miracast devices, or allow another device to project to your computer.

Assuming all is well, when pressing Win+K you should see a list of devices to which you can project your screen wirelessly. If not, make sure your other device is turned on and has Miracast enabled. Also, ensure the firmware and software are up to date.

If you want to beam your screen to a projector, TV or other screen which doesn’t support Miracast natively, you can use a Roku streaming stick, an Amazon Fire TV or Microsoft’s own Wireless Display Adapter which costs £59.99. 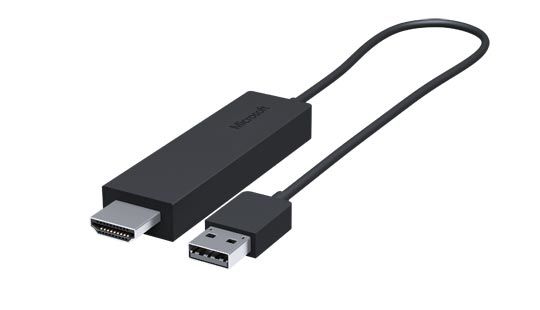 How to project to your PC with Miracast

If you want to use Miracast to beam another device’s screen (which can be another Windows machine) to your PC, then search for ‘Projecting’ in Windows 10’s Search box. 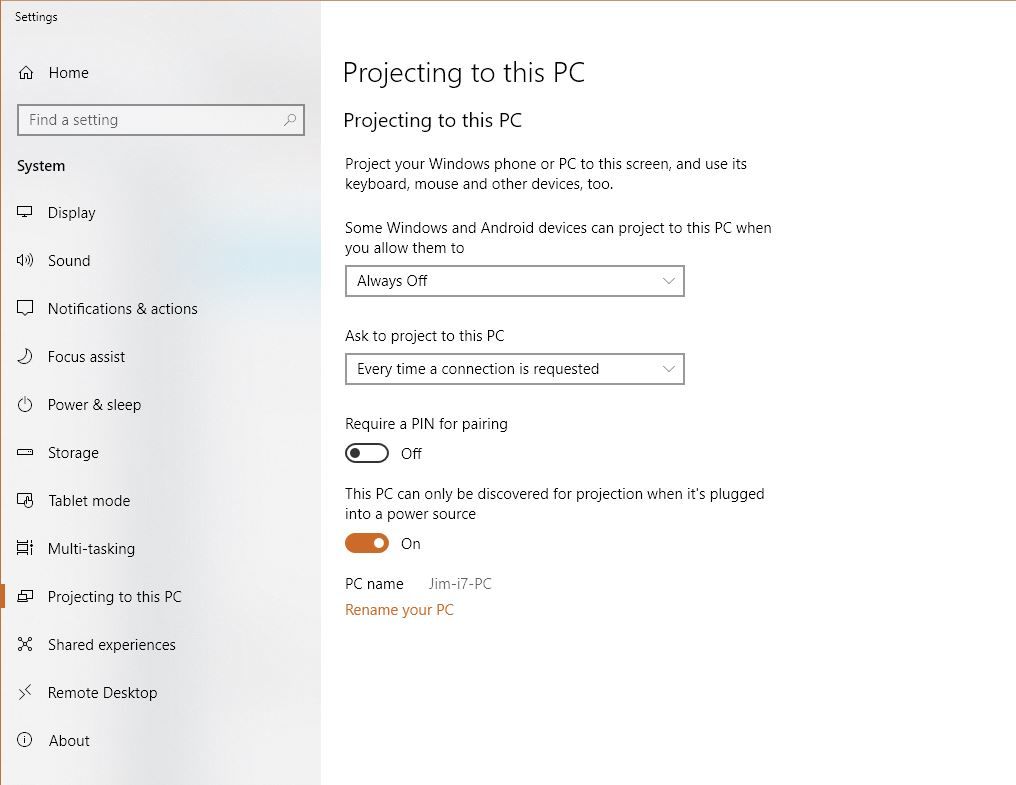 Change the setting which says Always off to Available everywhere. Now, go to your other device and, if it’s a Windows PC, press Win+K to search for the PC you just enabled wireless projection on. 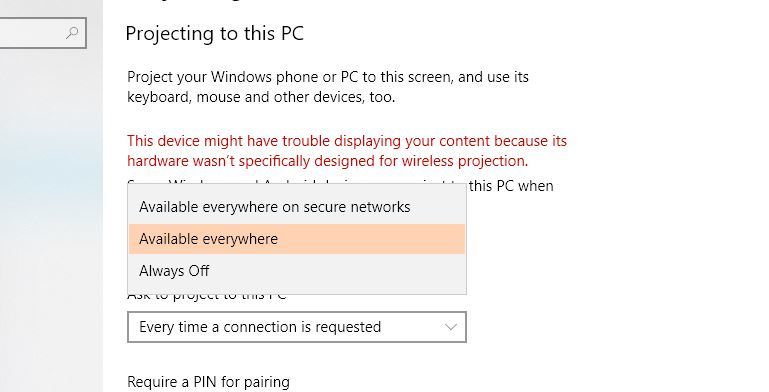 Once connected, it will show up as a second screen, just as if you had a second external screen connected via HDMI.

As we mentioned at the start, you may well encounter problems and, as you might be able to tell, we’re not Miracast’s biggest fans.

In summary, if you have the following devices, these are the best ways to beam their screens to a TV: