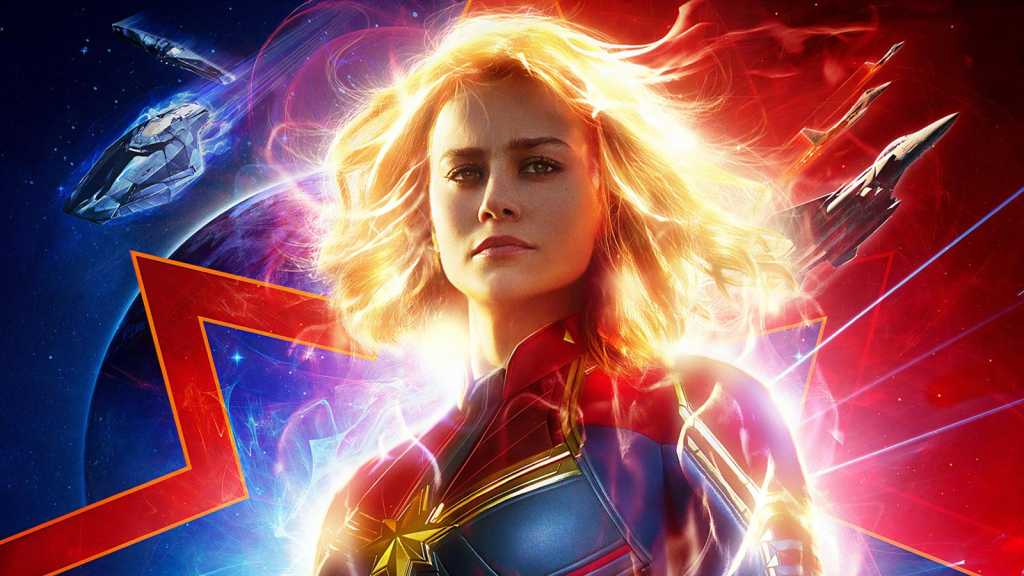 Captain Marvel has two post-credit end scenes, with one almost immediately after the film (a mid-credit scene) and one at the very end of the credits. Here’s what they mean for Captain Marvel, the Avengers, and the upcoming movie Endgame (spoilers follow.)

The mid-credit scene ties in this latest instalment in the Marvel Cinematic Universe with next month’s Endgame, as Captain Marvel comes to the aid of the few Avengers who were not turned to dust under Thanos’ victory. The post-credit scene is a comedy act showing Goose the Flerken throwing up the Tesseract it swallowed earlier in the film.

Captain Marvel landed in UK cinemas on 8 April, and you can buy tickets now via Cineworld, Odeon and Vue. (US readers should check out  Fandango or  Atom Tickets.) It follows on from last year’s Avengers: Infinity War post-credit end scene, in which Shield boss Nick Fury was shown in the last few seconds before he turned to dust paging someone for help.

As his pager fell to the floor the audience was given a glimpse at Captain Marvel’s symbol on the screen, and we knew in Earth’s hour of need he had turned to the most powerful Avenger of all.

This latest movie introduces Captain Marvel to the MCU, explaining her back story as Carol Danvers, a US Air Force pilot.

Danvers develops her superpowers – and a side order of amnesia – after her plane is brought down and a battle ensues. Ultimately this ends in fellow passenger Wendy Lawson (who later turns out to be Kree agent Mar-Vell) being shot, and Danvers herself causing a massive explosion by shooting at the lightspeed engine they were carrying to stop it falling into the wrong hands.

Danvers is taken by Yon-Rogg, who plays on her amnesia by persuading her that her newly found powers were a gift from Kree, and giving her the name Vers – all that’s left of her dog tag, which has been blown to bits in the explosion. Yon-Rogg enrols Danvers to Starforce, Kree’s military team. He teaches her how to control her powers, all the while limiting them with a chip in the back of her neck and telling her she is too emotional to use them properly.

It’s six years before Captain Marvel learns the truth, and discovers that the shape-shifting Skrulls she is currently fighting are really the good guys, while the Krees are the bad guys. The film then sees Captain Marvel take on the Krees and rescue both a group of refugee Skrulls and the Tesseract that powered the light engine from Mar-Vell’s now-uncloaked space laboratory.

With Captain Marvel’s powers linked to this Tesseract it is apparent how she became to be quite so powerful. But is she powerful enough to take on Thanos, who now has all six Infinity Stones?

What does the Captain Marvel mid-credit scene mean?

The first of two clips shown at the end of the movie, we see the remaining Avengers – Captain America, Black Widow and Hulk – crowded around screens watching the number of missing people in various countries around the world increase at an alarming pace. There is a huge sense of concern, as Black Widow exclaims: “I’ve had better nightmares.”

Iron Patriot enters the room to tell them, “Hey, that thing has stopped doing whatever it was doing.” The camera cuts to Fury’s pager, which fell to the ground after he was turned to dust in the end credits of Infinity War. They know he has sent a message to someone, and have attempted to bypass the battery to keep it online and find out to whom that message was sent.

“Tell me as soon as you get a signal,” says Black Widow. “I want to know who’s on the end of that thing.”

To her surprise she then turns to face Captain Marvel, who demands to know where is Fury. The audience is then told that Captain Marvel will return in Avengers: Endgame.

Viewers already know from one of the final scenes in Captain America that Danvers has modified the pager Fury used to call for backup earlier in the movie so that he can contact her should he ever need her – but strictly in emergencies only.

Fury turned to Danvers for help in taking down Thanos after the Avengers failed to stop him from wiping out half the world’s population with his Infinity Gauntlet. It is hoped that in Endgame we will see some of those heroes rescued (and we’re pretty sure Spider-Man will be one of them, given that Far From Home is due out in July).

What does the Captain Marvel post-credit scene mean?

The post-credit scene in Captain Marvel is a humorous clip starring Goose (a nod to Top Gun), in which it is seen coughing up a Tesseract on Fury’s desk as if it were a fur ball.

Goose looks like a humble earth cat, and earlier in the movie stole the heart of Fury (and later his eye). Actually this friendly looking feline is a Flerken, an alien species that can shoot tentacles out of its mouth and gobble up objects much larger than itself – exactly how it managed to snatch the power cube from right under the Krees’ noses and stow it away for safekeeping.

Fury takes Goose back with him to Shield, and the scene is important for explaining how he came to get his hands on the Tesseract in the first place. This is the power cube that Thor’s brother Loki then gets hold of in the first Avengers movie.