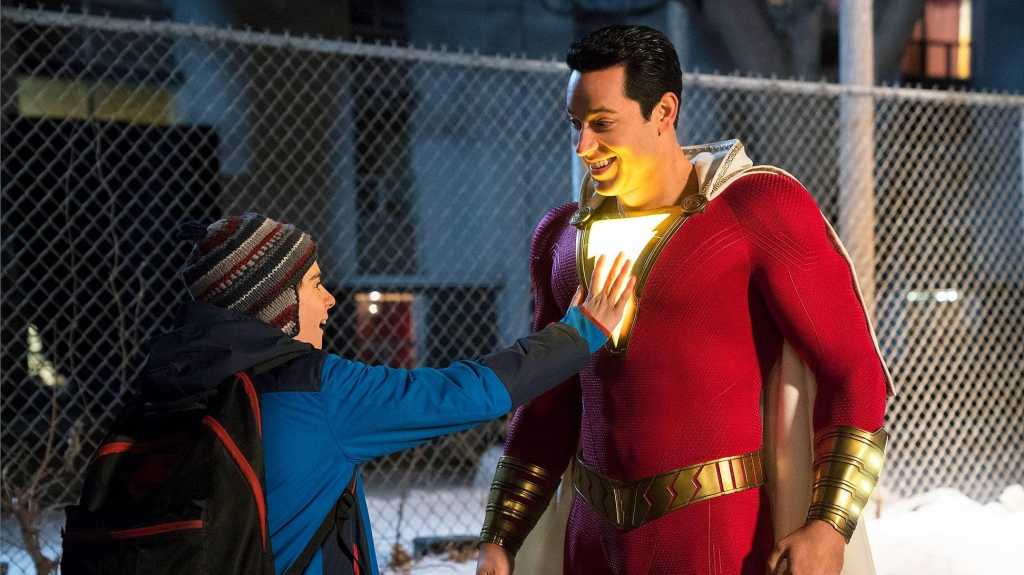 Mid-credit and post-credit scenes are pretty much a staple of superhero movies now – so much so that it’s more notable when they’re not included (as in Avengers: Infinity War) than when they are.

So naturally you’d expect the same when the credits start rolling on Shazam!, the latest DC flick, about a young boy who gains the ability to transform into a superhero thanks to the powers of a wizard (!?!). Read our review to find out what we thought of it, or read on to find out about what’s after the credits.

Is there a post-credit scene in Shazam!?

Yup, to absolutely no-one’s surprise Shazam! includes not one, but two post-credit scenes. We’ll get onto explaining them next – so naturally spoilers follow.

What do the post-credit scenes mean?

Let’s start with the final, light-hearted moment, which sees Shazam! attempting to telepathically communicate with a fish, and failing. It’s obviously just a nod to DC’s recent Aquaman movie – a superhero otherwise mostly ignored by the film, despite repeated nods to Batman and Superman. Other than that, there’s not really much more to get out of this moment.

The more important scene is the earlier one, which is a more direct sequel set-up. It sees Mark Strong’s villain Theo Sivana in prison, seemingly driven mad and desperately scrawling the film’s magical symbols all over the walls. Then a voice speaks up, mocking him for relying on primitive symbols to access magic… a voice that is revealed to belong to a caterpillar. Yeah.

In case you’d forgotten by then, we’d actually seen the caterpillar earlier in the movie. He was held in a container in the wizard’s cave, a container which was later shown to be broken by the time Billy Batson arrived to claim his powers – presumably damaged when Sivana himself turned up to attack the wizard and release the seven Sins.

If you don’t know your Shazam lore, that caterpillar is actually Mister Mind: a mind-controlling alien worm who originally came to Earth to conquer it. He’s one of Shazam’s big enemies, but is most important for forming villainous team The Monster Society of Evil, one of the comics’ first proper supervillain groups.

Given that the ending of Shazam saw the formation of the Shazam Family, leaving six separate superheroes ready to fight evil, it makes sense that the sequel will need a team of villains to take them on. As a result, it seems likely that Shazam! 2 will include the Monster Society – featuring Mister Mind and Dr. Sivana, though it’s anyone’s guess whether they’ll be joined by other classic Shazam! baddies or whether DC will instead re-visit some of the villains from its other recent movies to build out the bad guy roster.

Does Black Adam appear in the post-credit scene?

In case you were wondering if you missed something, no: there was no sign at all of Black Adam.

He’s long been rumoured to appear, and not just because he’s Shazam!’s arch-nemesis in the comics. The part has been linked to Dwayne ‘The Rock’ Johnson for years, with plans for a Black Adam solo movie and potential appearances in any Shazam! films. The post-credit scene seemed like it could be a great way to set Black Adam up for the sequel, but we didn’t spot anything that suggested that – though there was an oblique reference to him earlier in the film, as the ancient former Champion who used his powers for evil.