Huawei unveiled its first folding phone in February at MWC in Barcelona. The Mate X differs from the Samsung Galaxy Fold mainly in that the screen is on the outside, rather than the inside when folded. But following the  problems with the Galaxy Fold’s screen Huawei also opted to delay the launch until it is happy that there won’t be any premature failures of the folding mechanism and screen.

With the Galaxy Fold now available in the UK (it launched on 18 September) with an upgraded CPU, Huawei has decided it will also upgrade the CPU in the Mate which – according to CEO Richard Yu at IFA – will mean two versions of the phone will be sold.

In a briefing with journalists, he said that a Mate X in the spec originally shown (using the Kirin 980 and separate 5G modem) would be sold but there would also be a second version that will have the brand-new Kirin 990 processor, a chip which Huawei officially launched at IFA 2019.

There are also rumours of an upgraded RYYB camera sensor, according to Neowin. Trusted Reviews has also unearthed images at TENAA that reveal a new ToF camera and mention two models: 6GB RAM/128GB storage and 8GB RAM/256GB storage.

Of course, the fact that this upgraded Mate X (and possibly even the original) is unlikely to run Google services out of the box could be a problem in this two-horse foldable phone race.

When is the Huawei Mate X release date?

The Mate X was originally scheduled to be released in the ‘middle of 2019 pending on network deployment status of operators’. But when Vincent Peng, an SVP at Huawei, spoke to the Wall Street Journal, he said the launch was being postponed in order to improve the quality of the screen.

Initially, there was doubt that 5G networks would be rolled out in time, but in fact, they are already in operation in some countries including in the UK.

So far, only EE and Vodafone have confirmed that they will sell the Mate X in the UK but, predictably, there’s no word on price or a specific release date from the two operators.

We do know, however, that the Mate X will go on sale in China on 15 November.

How much does the Mate X cost?

See how the Mate X compares to the Samsung Galaxy Fold.

What are the Mate X’s features and specs?

If you’ve seen the Galaxy Fold then the Mate X is almost the opposite in terms of design. It still has a folding screen of course – an 8in one – but it’s on the outside, not the inside. 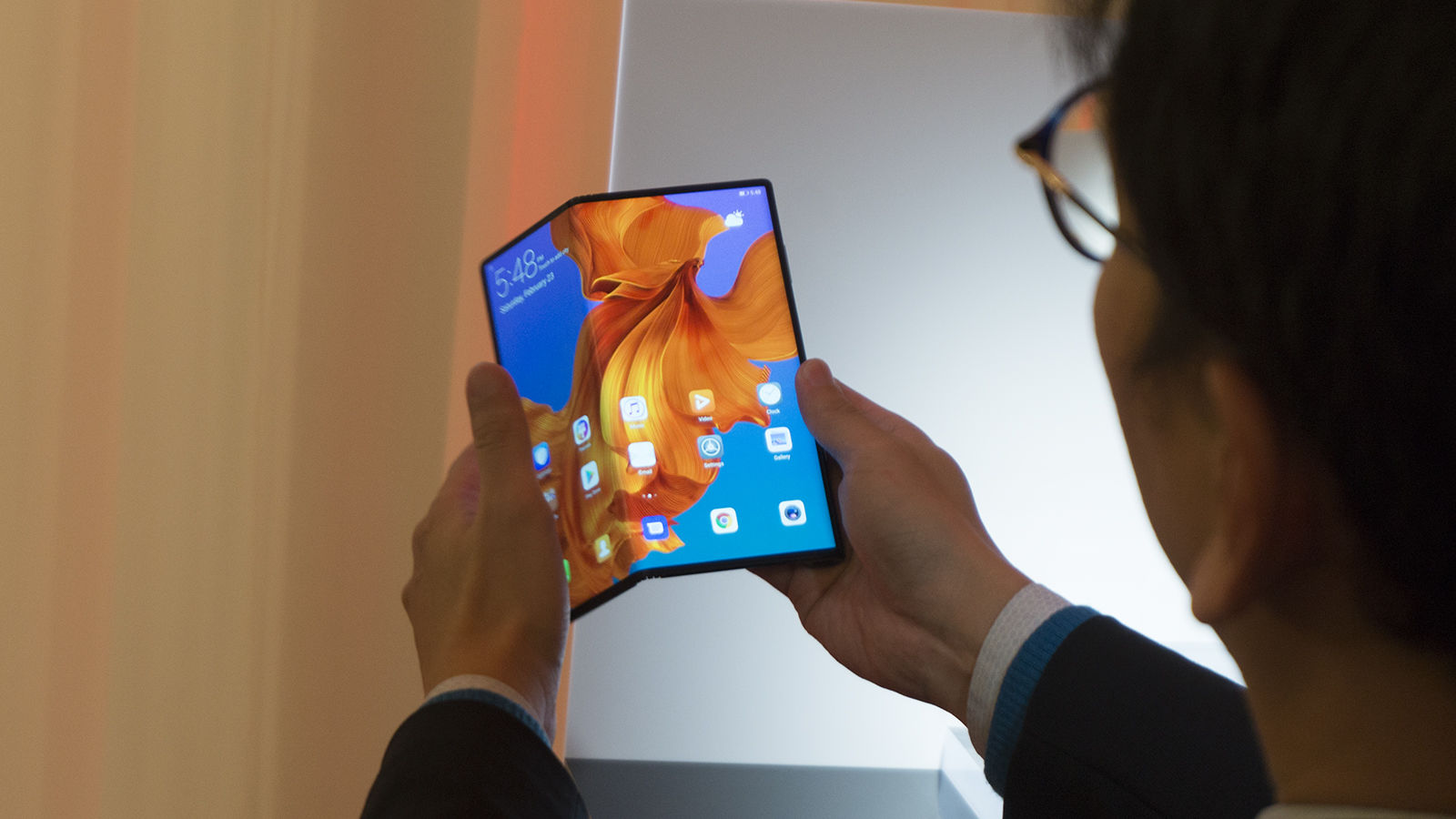 Huawei refers to the device more as a tablet than phone, and it has a Kindle Oasis-style hand grip to aid in holding it. There’s no cutout in the screen for a camera – no notch of any kind. The fingerprint reader is built into the power button, so you can use it from either side.

When folded, you end up with two screens, one measuring 6.6in on one side of the fold and 6.38in on the other – it’s narrower because the ‘bar grip’. You can run different apps on these screens, and you can see them both at the same time of course when you open up the Mate X. 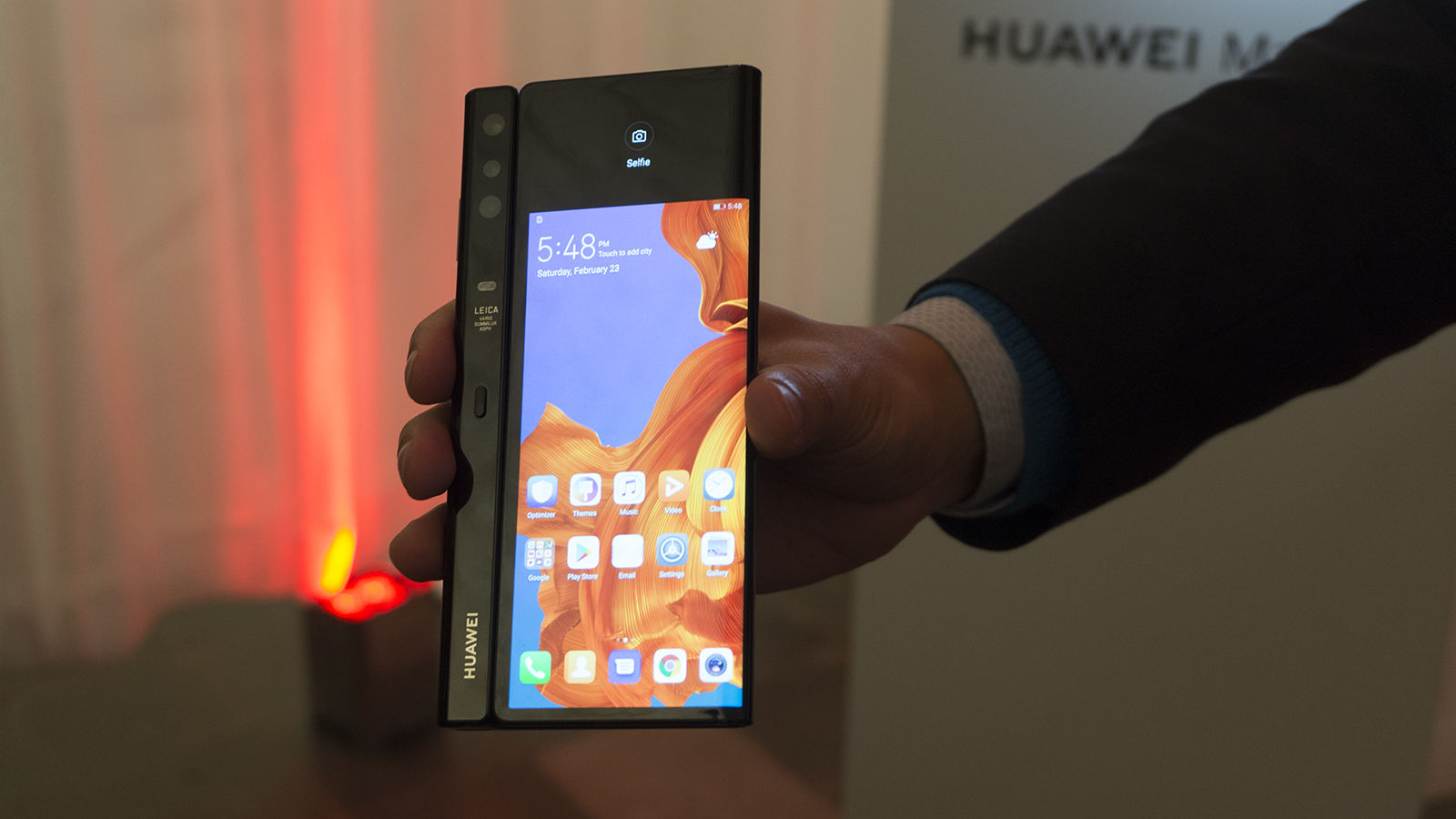 There are components in the folding mechanism, which Huawei has named the ‘Falcon Wing’ hinge. 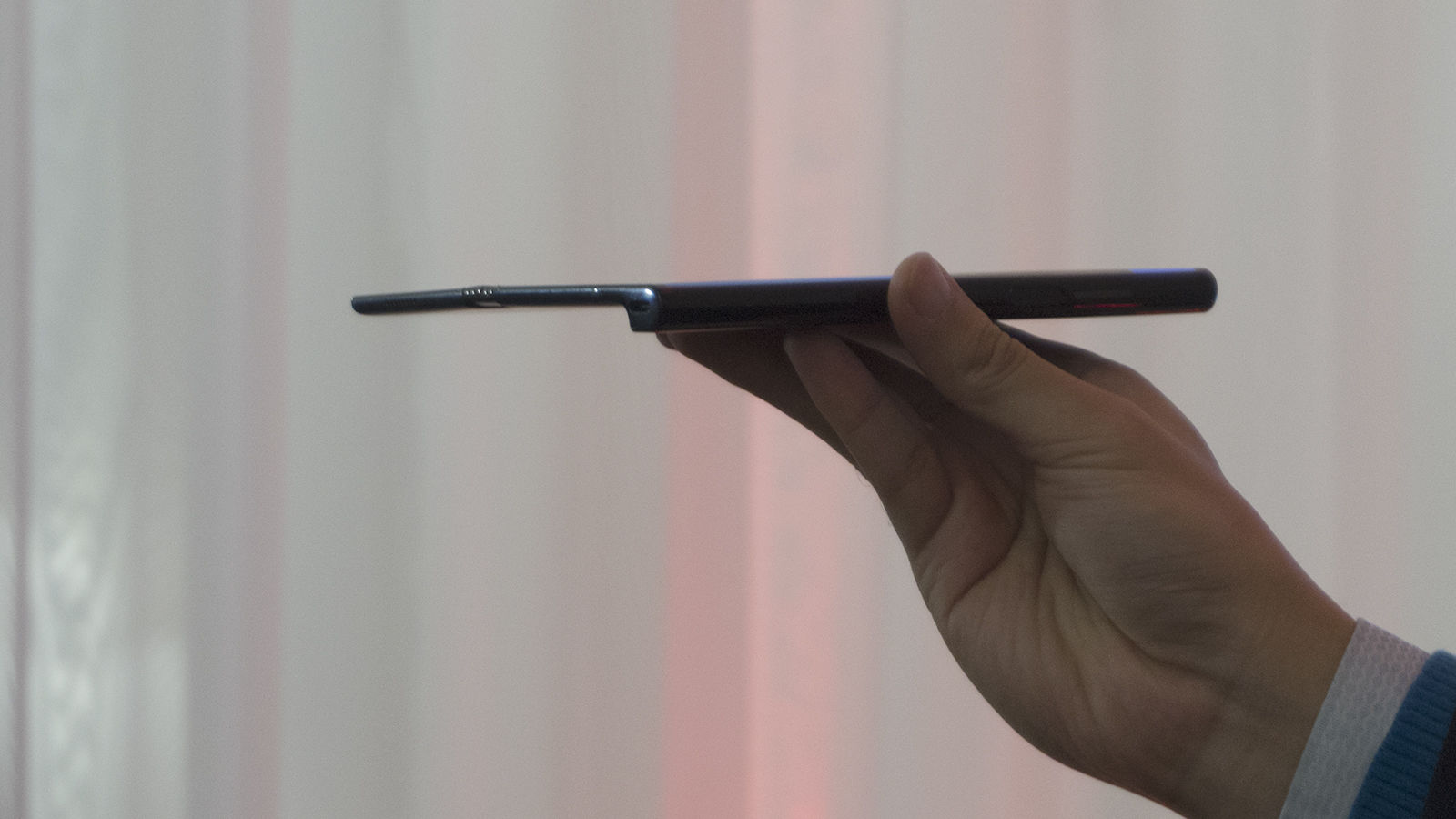 When folded, the Mate X is just 11mm thick. That means each half is just 5.4mm thick – that’s incredibly thin!

When we first saw the Mate X its 5G support was provided by a Balong 5000 chip, Huawei’s own design. It’s a multi-mode chip which means it’s backwards-compatible with 2G, 3G and 4G and doesn’t require a separate chip to work on those older networks.

However, the new Kirin 990 has 5G built in.  Officially announced at IFA, the Kirin 990 SoC also comprises an octa-core CPU, a 16-core GPU, and a triple-core NPU. Huawei says its 10 percent faster than the Snapdragon 855 in single-core performance and 9 percent multicore, plus 35 percent more power-efficient.

For more, read our first-look preview of the Mate X and check out the other folding phones coming in 2019.