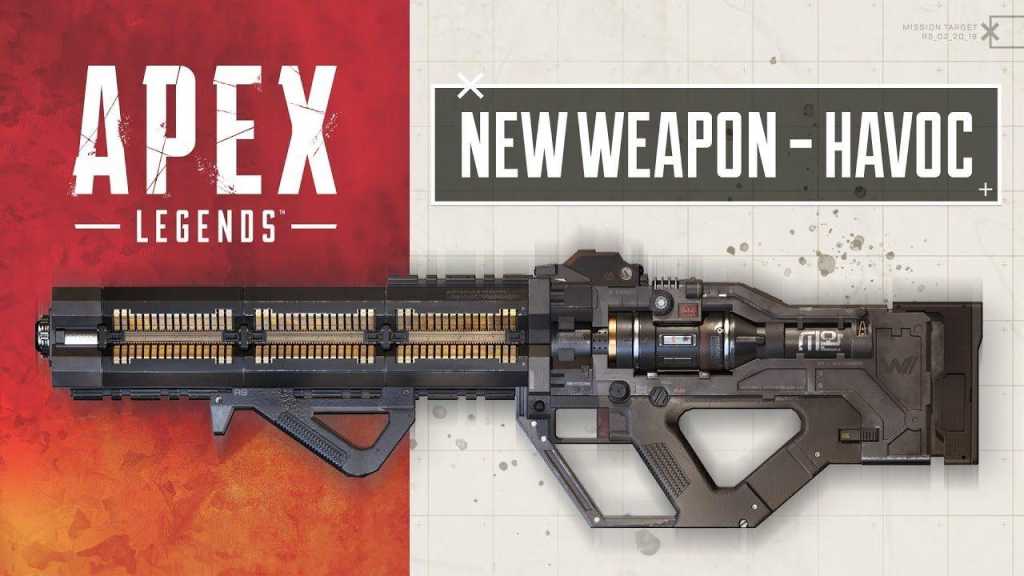 Respawn Entertainment has already added a brand new weapon to Apex Legends. The Havoc is an energy assault rifle that can be built to be effective at several different ranges.

The gun will be joining the Triple Take and the Devotion in using energy ammunition. This helps round out the assault rifle offering in the game a little more, as only three were available upon launch of the game – The Hemlok, Flatline and 301 Carbine.

The video shows off the Havoc and gives an impression of what it can do.

The weapon will be able to use the turbo-charger and the select fire receiver, which is a first in Apex Legends. These weapon attachments are relatively hard to find and were only previously used on the Devotion LMG and the Prowler SMG.

The turbocharger increases the fire rate and reduces the amount of time it takes the weapon to ‘spool up’ allowing it to reach its maximum fire rate faster. While the select fire receiver allows the weapon to act as a DMR, pushing its range out to a much longer effective area.

This will be the first weapon in Apex Legends that is truly effective at multiple ranges as it can act both as an Assault Rifle and a DMR, assuming you have the select fire receiver. Other weapons such as the Wingman and Scout have a good amount of flexibility at many ranges, but the Havoc will be the first fully automatic weapon that can also act as a DMR.

We’ve put together a tier list of the best Legends and weapons that you can find in the area, so if you’re an avid Apex Legends player than be sure to check that out.