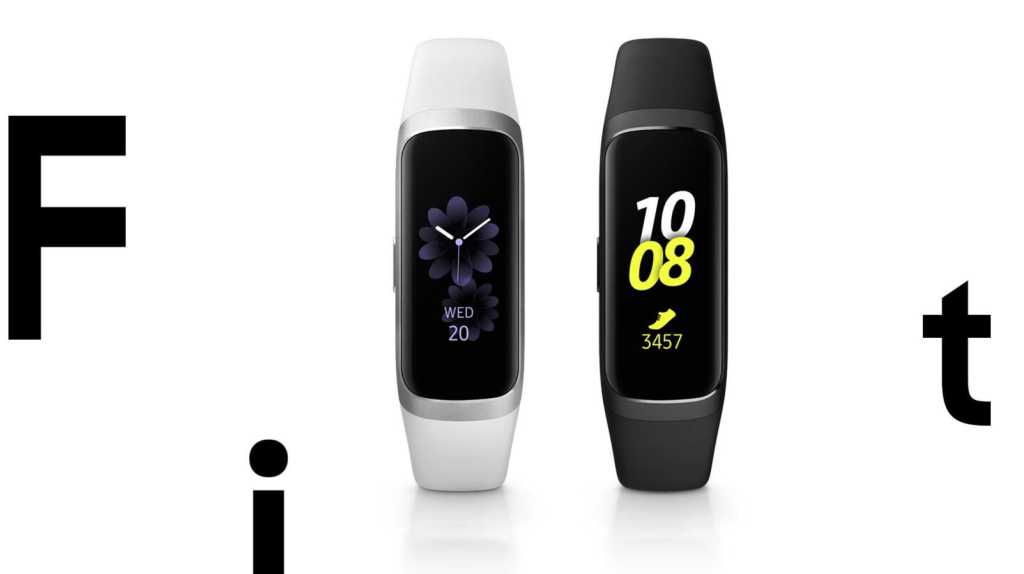 On top of this, but with barely any stage time at all, were two new fitness bands, the Galaxy Fit and Fit e.

If those sound a little familiar, it’s because there’s also the Gear Fit. Samsung seems to have replaced that with the Galaxy Wearables brand, but there’s not a whole lot of new features or tech here to get too excited about.

They have colour screens, last roughly a week between charges are water resistant and monitor your heart rate among other things. They’ll work with Samsung phones and the Health app, but you can pair them with other Android phones and iPhones too.

How much does the Galaxy Fit cost?

It costs $99, which we expect to be around £85 in the UK. You can’t pre-order it yet, nor will you find it on Samsung’s website.

There’s no word on price for the Fit e, but being a more basic model, it should be a good chunk less. Rumours peg it around the $40 mark, which could be as little as £29.99 in the UK.

They’ll be competing with Fitbit’s cheaper models including the Ace and Alta HR.

When is the Galaxy Fit release date?

Surprisingly, there’s a long wait until it goes on sale on 31 May. That’s in the US. Samsung didn’t confirm a specific UK date, nor when the Fit e would be available, but it won’t be any earlier than the end of May.

What features does the Galaxy Fit have?

Samsung says it’s aimed at everyone from casual runners to athletes, providing ‘intuitive tracking’. To this end, the Fit will automatically start tracking your activity when you walk, run, bike, row, hop on the elliptical trainer or start a general dynamic workout. The Fit e does the same, except for rowing and elliptical training. 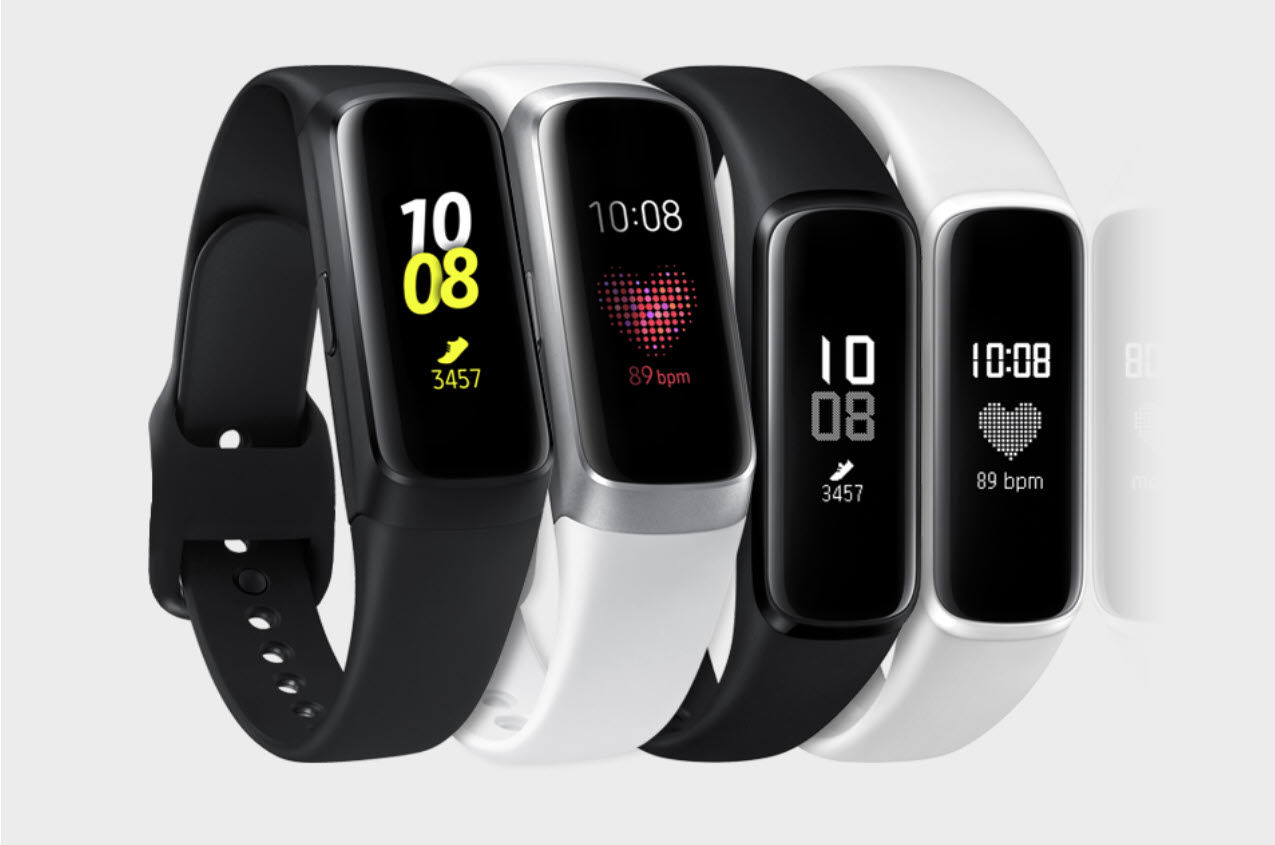 They also offer sleep tracking and “smart stress management”, though Samsung hasn’t yet provided any details about how that works.

The wearables run the new Realtime operating system, not Tizen as you might guess. This is simpler than before, and offers some smart features including notifications of calendar appointments and alarms from your phone.

The Fit e has a slightly smaller, lower-resolution screen and lacks a gyroscope, so has to rely purely on an accelerometer for tracking movement. Unlike the older Gear Fit 2, neither band has GPS. As you can see in the comparison table, the Fit charges wirelessly, but the e uses a wired system with pogo pins.