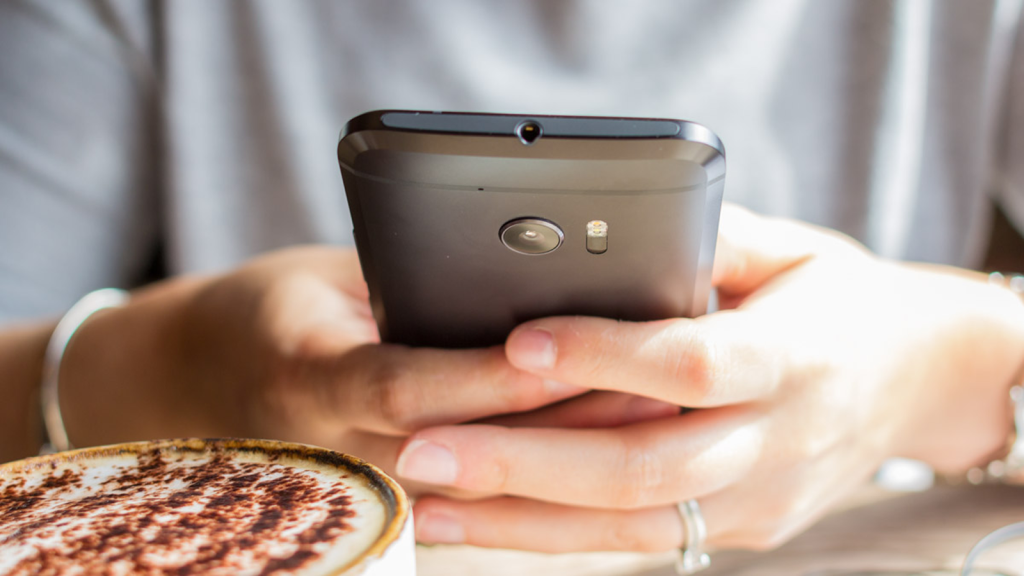 As our phones have slowly but surely become the central repository for most of our documents, photos, music, and other data, being able to access these files easily is no small matter. Unlike the impenetrable file system on iPhones, Android phones tend to come with a file manager out of the box. But there’s a ton of others to choose from on the Google Play Store.

Here are five of the best apps available today that give you total control over your files. 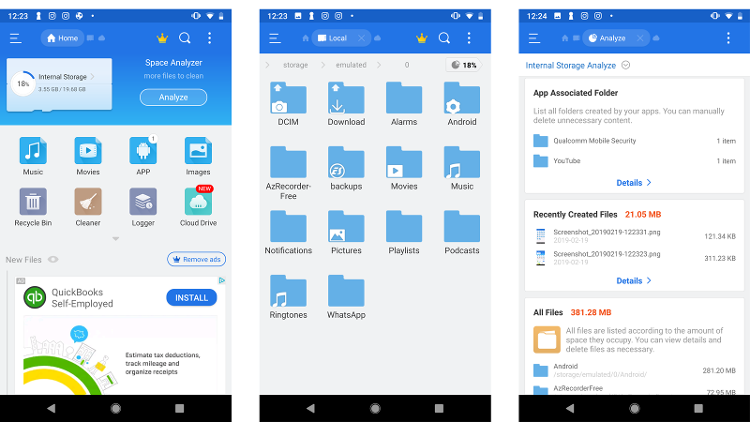 The standard (free) version of ES File Explorer is something of a legendary app, with over 5 million reviews on the Google Play Store and an average score of 4.5 stars out of 5. The Pro upgrade costs a paltry £2.79/$2.99 and removes the ads that accompany the free alternative, while bringing new features such as support for multiple cloud storage services.

Whether you’ll need any of these is debatable, as ES File Explorer is already packed to the gills with useful capabilities, which is why it’s the go-to Android file manager for so many people.

You can move, rename, create, share, send, bookmark, and create shortcuts to your files. There’s also the option to work with RAR, 7Z, and Zip files, the latter of which you can create on your phone using AES 256 bit encryption to ensure maximum security.

ES File Explorer even has dedicated players, meaning you can watch movie files or listen to audio without having to leave the app. There’s plenty more on offer, so if you want the most comprehensive and trusted file manager on Android then this should be top of your shortlist. 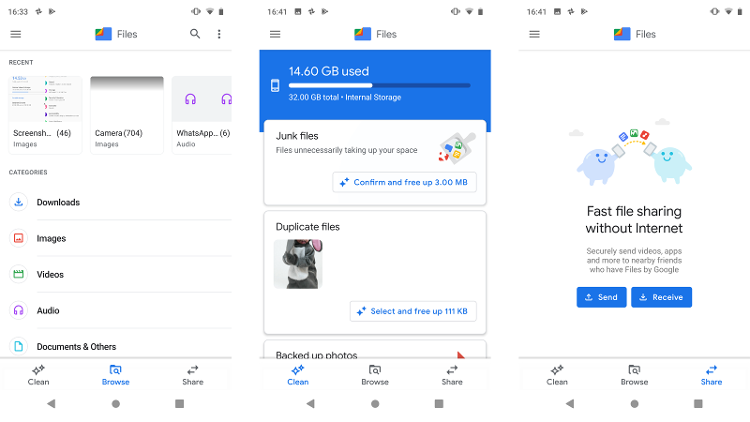 Google’s own Files app has a few features that make it more helpful than just a standard file manager. Alongside the standard ability to locate, rename, delete, or move your data, Files also has a section that can help you remove duplicate or junk files that might be taking up valuable space.

If you use Google Photos to backup your images and videos, then Files will let you know which ones are safe to delete from your device, plus there’s also clean-up facilities for popular apps like WhatsApp. Handy if you’re limited on internal storage.

Add to this a quick way to share files with other Files users nearby, even if you don’t have an internet connection, and it’s an app that can not only help manage your data but also manage your phone storage.

Ok, no prizes for clever names with this app but, when you get past the rudimentary nomenclature, you’ll find a very capable utility that has built up a decent following since its release.

It does everything a file manager should do, in terms of organising and manipulating your folders and contents, plus it’s compatible with SD cards, NAS drives, and the cloud services Google Drive, OneDrive, DropBox and Box.

Like Files by Google it offers a clean-up feature to remove unwanted files, and in the footsteps of ES Explorer it also comes with in-built players for images, music, and editing text. 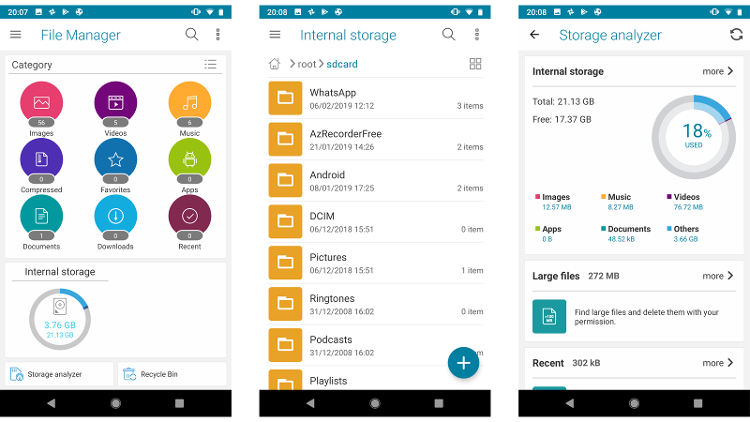 Asus is known, among other things, for its own range of Android devices, and this app is the one that comes as stock with all of them. Now, though, you can download it on non-Asus phones for free, which is a good thing as it’s a solid choice for managing your files.

Like others here, this one lets you control your various documents and other types of media, whether they are on your device, an SD card, LAN, or cloud storage service. The capability to uncompress and compress files is present, as are dedicated players for enjoying your media, and there’s also disk analysis tool that looks for redundant files to delete.

Recent updates seem to have caused a few problems, but we expect Asus to address these quickly and have the app back in pristine shape before long.

There’s little to differentiate many of the file managers on this list, but X-plore does have a dual-pane display which makes it easy to move files between folders, especially on devices with larger screens.

It’s no one-trick pony though, with a surfeit of tools and capabilities that makes it easy to find and organise your files. The basic version is free, but if you want advanced features like dedicated players for media, Wi-Fi sharing, or managing files from a PC then you’ll have to make some in-app purchases.