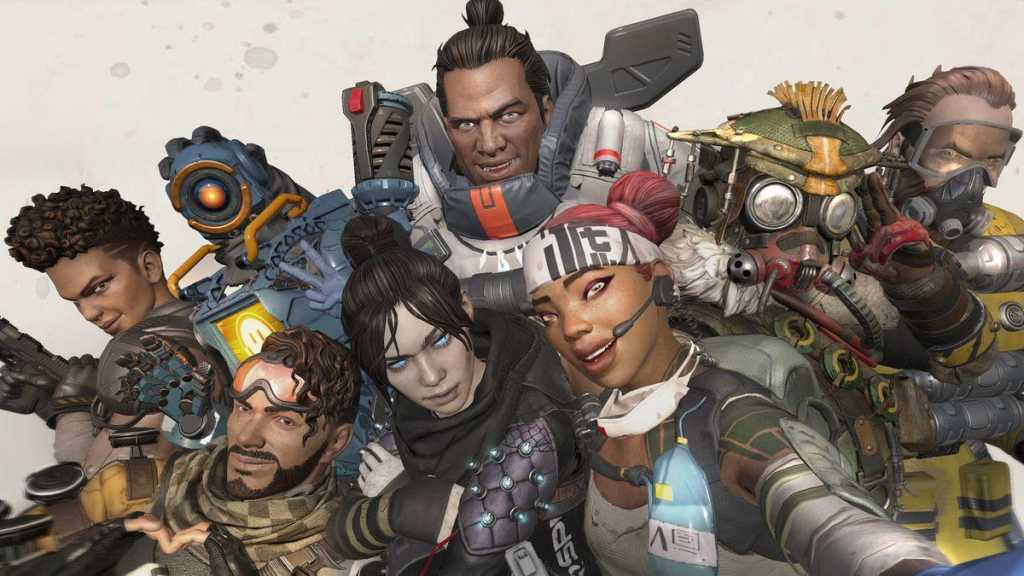 Apex Legends has seen an incredible start as the newest entry into the Battle Royale scene, quickly rivalling the popularity of Fortnite. We’re going to rank the Legends of Apex Legends from best to worst, so you know which one you should take into the arena.

The playable heroes, or ‘Legends’, in Apex Legends are all fairly well balanced. It’s possible to win games with any legend as they’re not defined by their skills and abilities quite as much as the heroes are in Overwatch or Team Fortress 2.

Legends also shouldn’t be looked at just for their personal strengths as some have more of a focus on team utility or scouting.

Make sure you take a look at our Apex Legends Weapon Tier List too, to make sure you’re picking up the best weapons.

These legends are currently the strongest in the game due to their team utility and offensive potential. 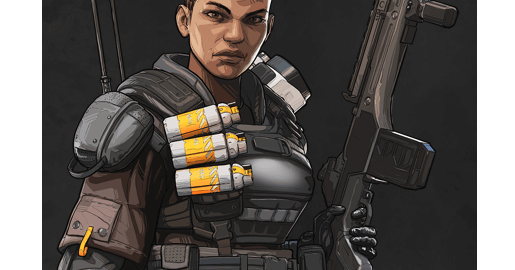 Bangalore’s kit makes her the multi-tool that everyone wants on their team resulting in her currently being the most powerful Legend in the game.

Her Smoke Launcher can be used both offensively and defensively in a huge variety of ways – covering the retreat of a teammate allowing them to reposition, concealing a downed teammate so they can be revived, used on top of the enemy position to cloud their vision forcing them to move, used between the enemy and yourself so you can advance without being shot etc.

Rolling Thunder provides a huge amount of zone control, forcing an enemy team to move out of a large area or risk taking damage (this can be combined with smoke for extra confusion).

Her passive allows her to gain a burst of speed when being shot at which is useful in just about every combat situation. 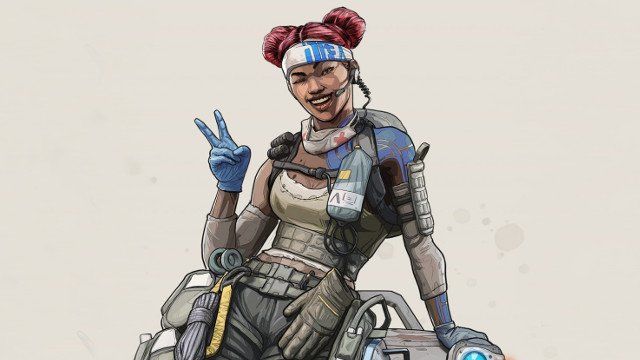 Lifeline is an extremely strong choice and is another hero that you’ll never be sad to see on your team.

The combination of a healing drone and supply drop allows her to keep her team topped up on health and kitted out with excellent gear.

Her passive provides a shield in front of her when she is resurrecting an ally and also allows her to use healing items 25% faster.

Lifeline’s usefulness does fall off slightly in the middle of a fight, as her combat utility is almost non-existent if your team hasn’t gone down or taken damage – so if you’re particularly confident in your team and don’t find yourselves going down often then you may consider another choice.

Legends in this tier are a strong choice in any team. 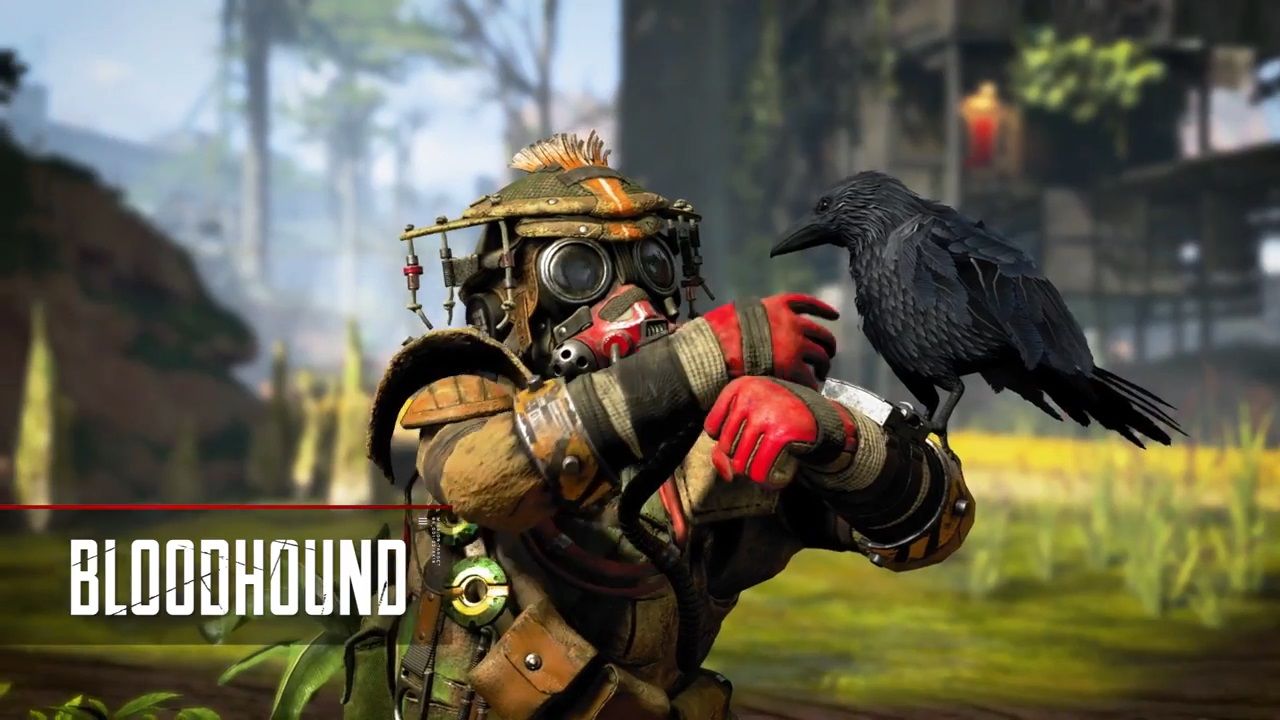 Bloodhound’s ability to track enemy movement and provide intelligence to the rest of your team can often make the difference between knowing an enemy’s position and not – which is often a life and death distinction.

With the ability to allow yourself and your team to see enemy players and traps through walls and the passive ability to see enemy footsteps up to 60 seconds into the past, Bloodhound is unparalleled in offering information to the rest of your squad.

His ultimate allows him to move faster and see colder tracks, providing a wealth of information about his surroundings.

Bloodhound synergies incredibly well with Bangalore, as his ultimate allows him to see through her smoke letting him shoot the enemy without them being able to shoot back – and because of this also offers a counter to Bangalore too as you are not safe in the smoke if the enemy squad has a Bloodhound. 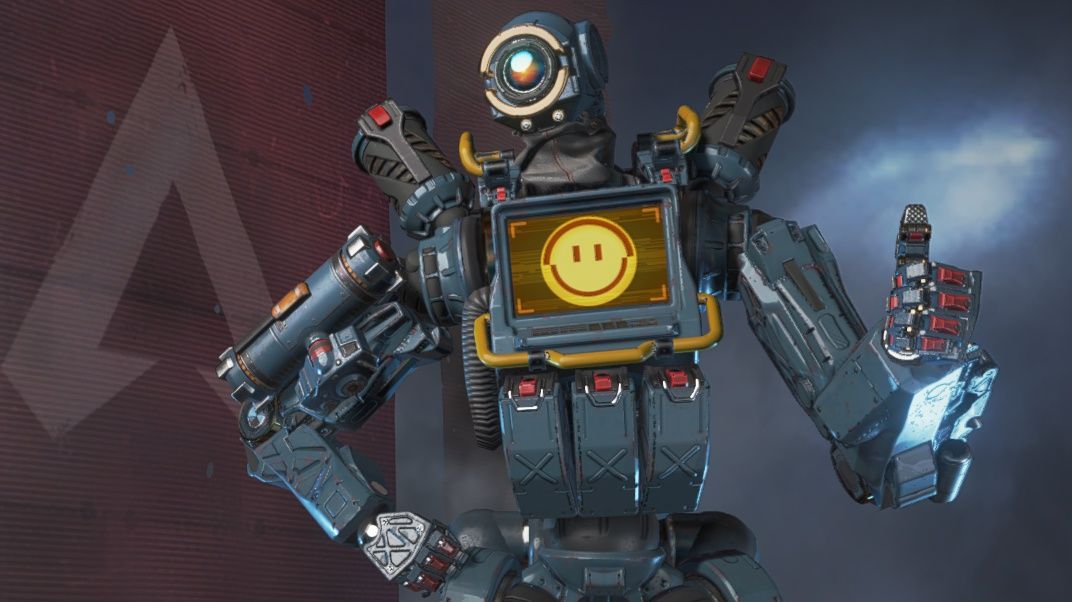 Pathfinder brings team utility in the form of his Zipline Gun, allowing his team to swiftly cross impassable or dangerous terrain coupled with his passive allowing him to active beacons that show his team where the next circle will be.

His grappling hook allows him an absolutely ludicrous potential for movement when mastered, allowing him to flank enemy teams with both speed and verticality – he doesn’t bring much combat utility to his team, but his ability to get into unexpected positions make him a very dangerous flanker.

Pathfinder’s glaring weakness comes in the form of his oversized hitbox. We’re not quite sure if this is a bug or feature at the moment, but it does make him substantially easier to hit than other S and A tier picks. 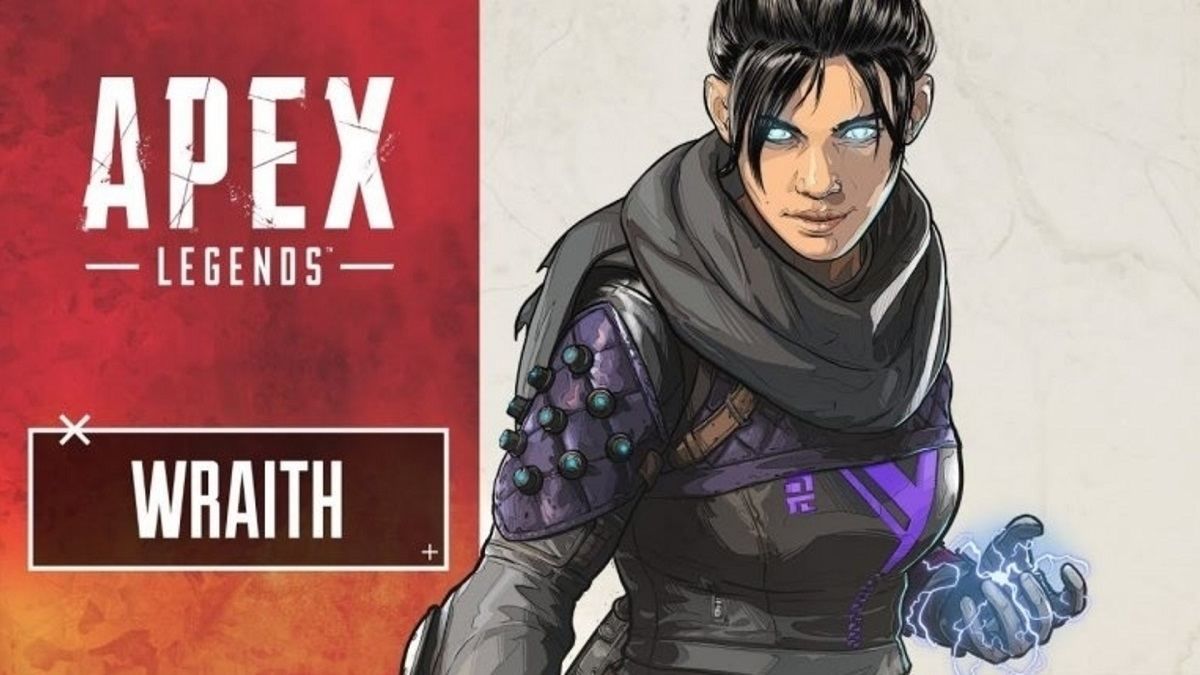 Wraith is similar to Pathfinder with her ability to flank, although her ultimate provides her team with the ability to move between two positions safely which can be used in a whole variety of different ways.

Her tactical ability allows her to reposition safely, although she can’t see enemies while doing this – her passive can also be extremely useful, as a voice speaks to the player letting them know if Wraith is being looked at by an enemy player. 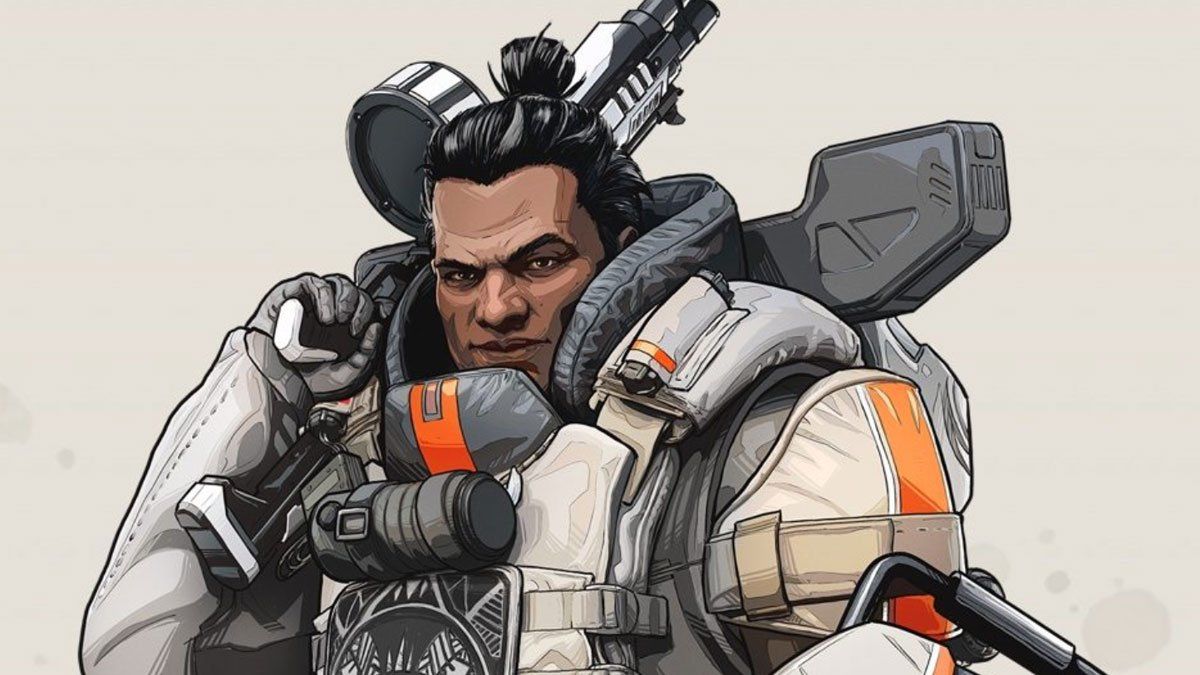 Gibraltar looks very good on paper with their personal shield, bubble dome and AoE damage ultimate all being extremely strong in almost every situation – providing an excellent mix of both offence and defence.

Despite being one of the largest targets, along with Caustic, Gibraltar’s personal shield allows him a substantial advantage in a straight up shoot-out, particularly when crouching as the shield will cover the majority of his body. This can turn the tide in many fights and is particularly effective against the shotgun meta where the majority of players just aim for centre mass, allowing Gibraltar to tank far more damage than other legends.

His massive hitbox is a downside that can’t be overlooked, however. If you’re in a fight you need to be making proper use of your ADS shield, so taking mid/long range weapons and avoiding CQC is probably advisable.

These Legends are still competent picks but are broadly outshined by other options. 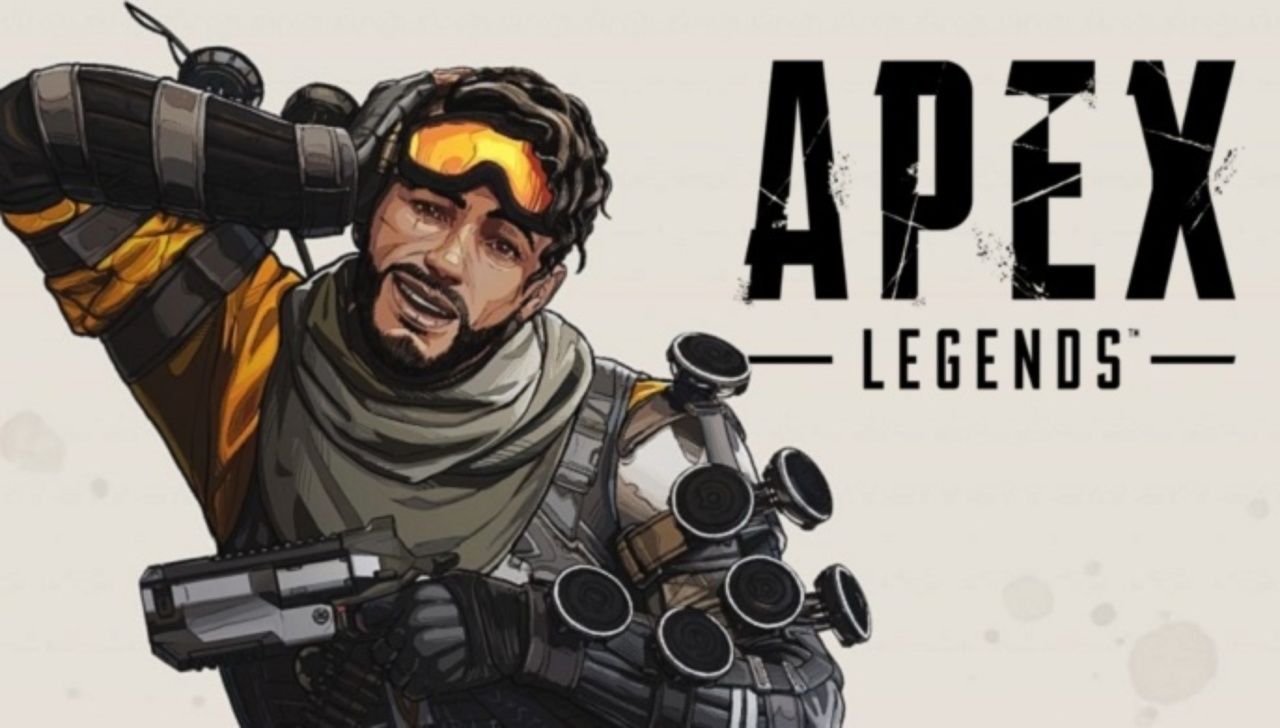 Mirage is all about deception with all his abilities geared towards making him as slippery as possible. In the heat of a firefight, it can be quite easy to lose track of legends at the best of times – particularly if they’re creating clones of themselves to bamboozle you.

Mirage’s tactical ability has a very short cooldown, can trick players into giving away their position by shooting at the harmless clone. Originally not thought as particularly effective, his kit allows him to cause confusion and the chance to get off those extra few unanswered shots – which is sometimes all it takes.

Despite all this, his team utility is lacking and he doesn’t have the flanking ability of Pathfinder or the Survivability of Wraith making him slip back down to the B tier in our minds. 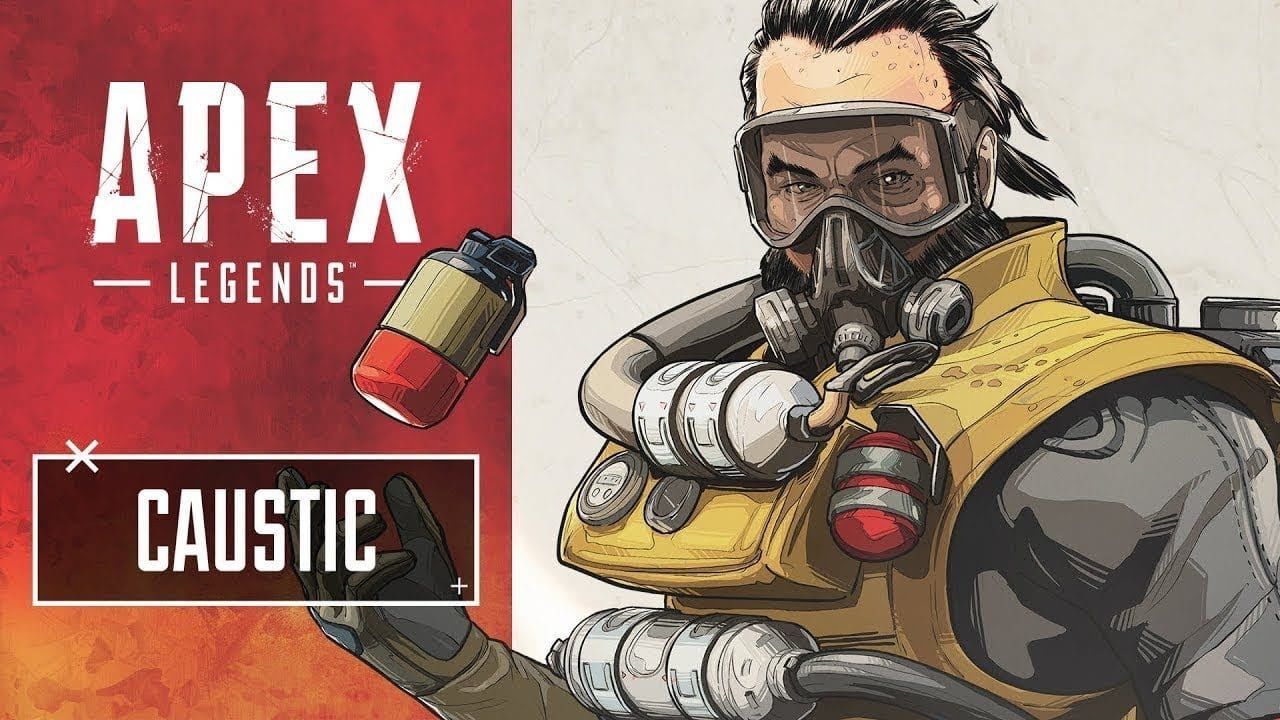 Caustic is a unique hero but does struggle when compared to other picks.

His gas traps are an interesting mechanic but rely on him preparing an area before an enemy team arrives for a fight, which isn’t always possible.

His gas traps also affect allies as well as enemies (although they don’t do damage to friendlies) meaning he can often negatively affect his friends. His passive just allows him to see through his own smoke, which is a bit weak – his ultimate is very effective at clearing buildings, however, one of the more dangerous tasks in the game.

Despite all of this Caustic can certainly have his moments – moving through his own gas like a shadow, having complete control of the area allows him to dispatch players quickly and easily. Creating an environment when you’re the only one with vision is always going to be extremely powerful, but it does rely on some preparation and willingness from the enemy to enter the smog.