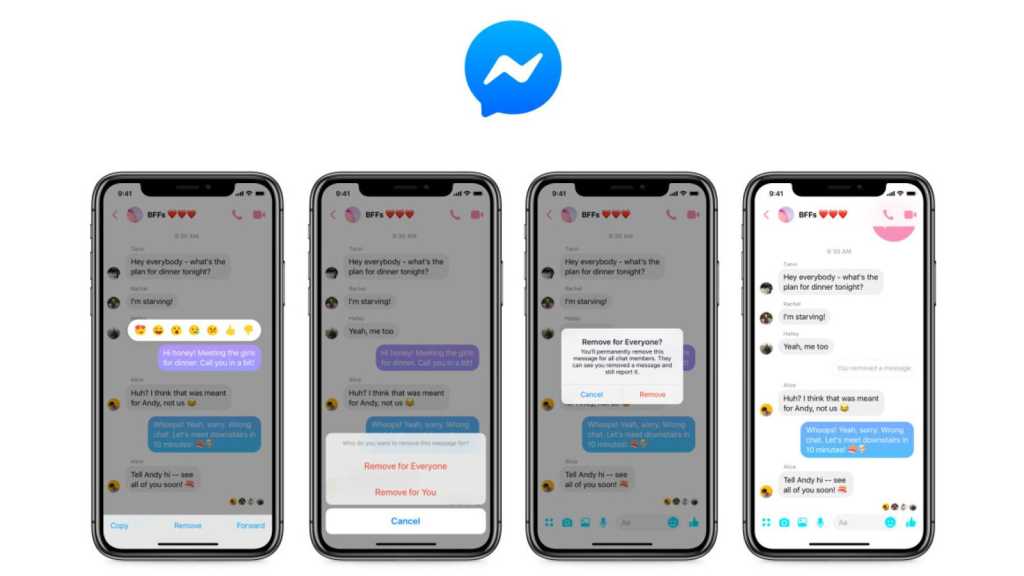 We’ve all sent messages we regret, whether it’s a typo, the wrong conversation or something a bit too below the belt. Whichever it is, Facebook Messenger will let you delete your messages – if you do it in time.

Keep it in app

First, be aware that this method only works as of February 2019 with the latest Facebook Messenger app updates – so it won’t work on the desktop Facebook website on your computer.

Make sure you’ve updated the app on your iPhone or Android smartphone to get hold of the feature.

On older iOS and Android versions of Facebook Messenger there was a delete message option, but that only deleted it on your end. A mere visual change. The receiving person or group chat would still be able to see your message! Which was very annoying, and also not very clear to the user.

Now, you can delete it for everyone, but there’s a slight catch: you have to do it within ten minutes of sending it.

Why so late to the game?

You can’t delete messages in this way in many chat services, so it’s good to see that you can finally do it on Facebook Messenger.

TechCrunch  reported that Mark Zuckerberg’s messages disappeared from chats while the other party’s messages remained, causing a stir. It’s taken 16 months to bring the feature to the public, and even then, with the caveat of a ten-minute window before they are permanent for at least the recipient.

Personally, we would recommend not using Messenger at all given Facebook’s questionable track record with privacy. In fact, Messenger doesn’t end to end encrypt messages by default like WhatsApp, Signal and iMessage do – that’s reserved for the annoyingly hidden ‘secret message’ feature.

But if you have to use Facebook Messenger (as many of us do for various reasons) then this little delete feature is at least something.