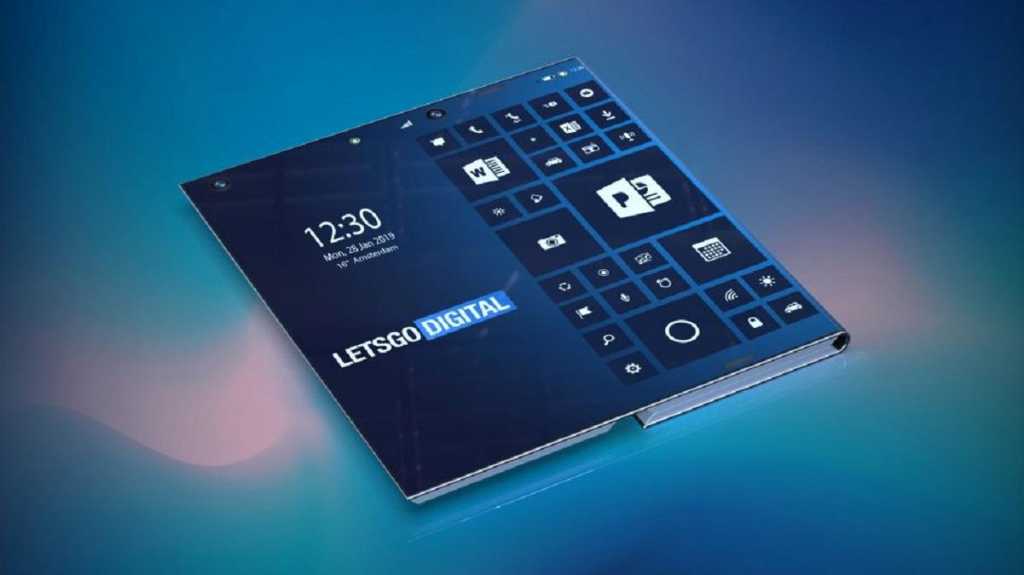 The foldable-device scene is growing rapidly with some of the biggest technology players in the world getting involved including Samsung and Xiaomi – not wanting to be left behind, Intel is developing its own product too.

The 2017 patent for the device was originally spotted by LetsGoDigital and contains some pretty meticulous details about a phone that folds out into a tablet. The designs were exact enough for LetsGoDigital to create some 3D renders to give us all an idea of what the device will look like.

The device appears to feature one screen that will fold at two points, creating the appearance of three different devices in one – a smartphone, into a (very) mini-laptop with a keyboard, and then finally fully unfolded out into a tablet. This mechanical design sounds fairly similar to that of Xiaomi’s folding device that was teased a little while ago, although Intel’s version will be used in a different style – and also seems to include a stylus to boot.

The first foldable device to market was the Royole FlexPai which we got our hands on at this year’s CES.