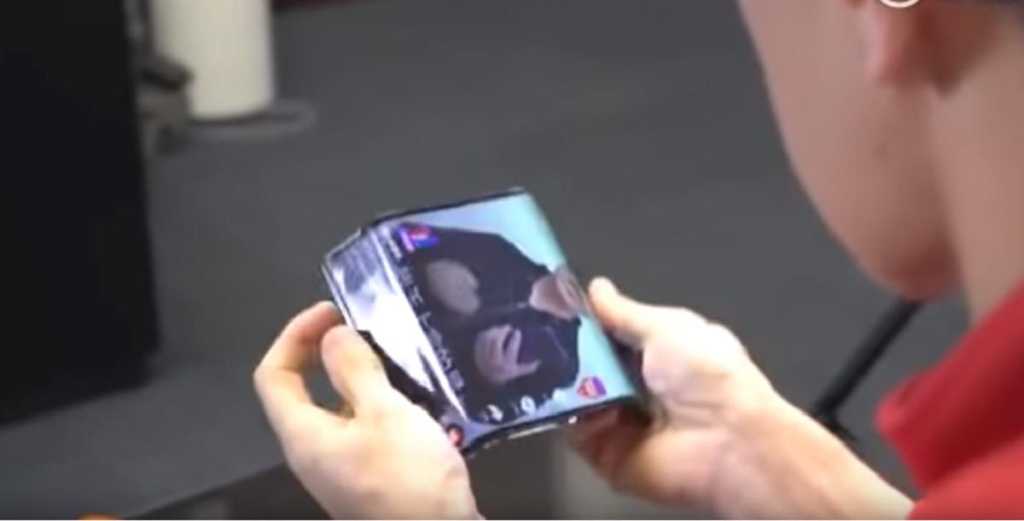 Following months of rumours Xiaomi has released a video teasing its first folding phone. It’s one of many such rumoured devices from the likes of Samsung, LG and Huawei, as well as one actual release in the Royole FlexPai.

The video shows what initially appears to be a small tablet which folds using two hinges at roughly 25% and 75% of the device’s length – the middle 50% of the screen acts as the phone display, while the two outer-quarters swing around to the back of the phone and clip neatly together against the device’s rear.

The tablet, which was originally held in portrait mode, is turned 90 degrees to landscape mode and used as a phone. This is obviously a staged demo and any display of reliable functionality should be taken with a large pinch of salt, but the transition between the tablet and phone mode for the device looks fairly seamless. One of the largest issues we found when using Royole’s FlexPai in practice was the software, which struggled to be reliable when it came to switching between the tablet and phone modes.

Xiaomi has been tight-lipped about further details, but co-founder and president Lin Bin has revealed that while this device is just an engineering model, the company has overcome “a series of technical problems such as flexible folding screen technology, four-wheel drive folding shaft technology, flexible cover technology and MIUI adaptation”.

With Mobile World Congress fast approaching the folding innovation is sure to be shown in full force this year, as Xiaomi joins other manufacturers including Samsung, Huawei and Lenovo who are known to be in development of foldable devices.

It appears LG, on the other hand, is  attempting to make a detachable screen work rather than going for the folding route.