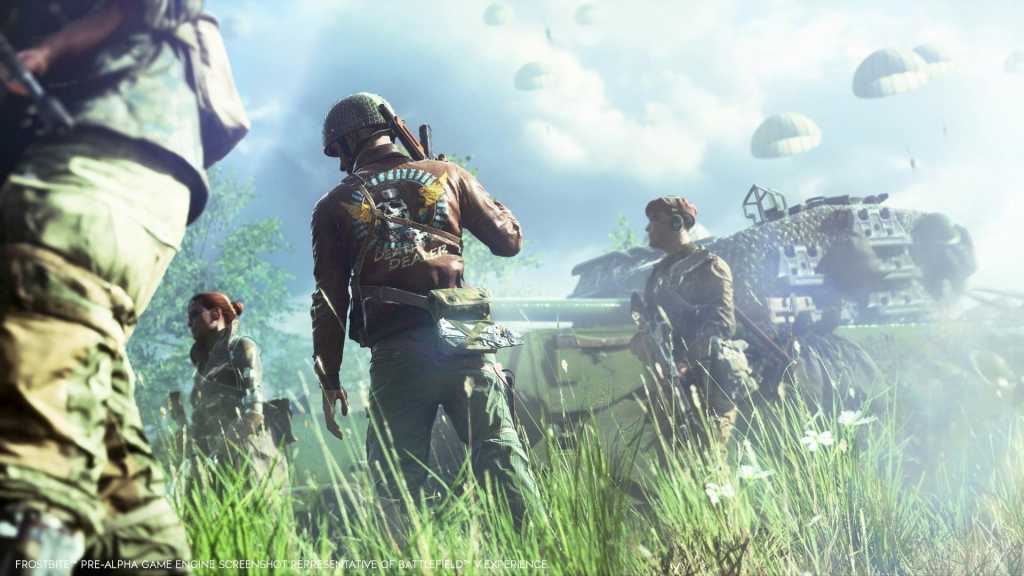 Like Activision’s Call of Duty series, it’s usually safe to assume that EA will release a Star Wars Battlefront or Battlefield title every year in the run-up to Christmas.

With that logic in mind, will EA release Star Wars Battlefront 3 or Battlefield 6 in 2019? Or will it be something else entirely? Rumours suggest that EA could be about to shake up its release schedule – and multiplayer fans may not be happy about it.

If we follow the pattern of this cycle, it seems that Star Wars Battlefront 3 should be on the cards for a late 2019 release – but it’s not as simple as that. After a frosty reception to 2017’s Star Wars Battlefront 2, many speculate that EA is going to take a little more time perfecting the formula before rolling out the next game in the series.

This speculation is fuelled further by the fact that the upcoming single-player Star Wars Jedi: Fallen Order is tipped for a November 2019 launch, which as we’ve established is when EA would typically release a Battlefield or Battlefront title to take on the likes of Call of Duty.

We doubt that EA would risk competing with itself by releasing both a single-player game and a multiplayer game in the same month, especially with both taking place in the Star Wars universe, so a 2019 release for Star Wars Battlefront 3 is looking unlikely.

So, could EA break the trend of recent years and release the next Battlefield title in 2019?

We don’t think that’s very likely either. Battlefield V is arguably still in development, with the team working hard to bring new maps and other content alongside the long-promised Battle Royale mode to the game in 2019. Aside from the trickle of maps that will be released throughout the year, Battlefield V’s Tides of War series should carry on throughout 2019, bringing new content to EA’s much-loved series.

With such a focus on Battlefield V content in 2019, we doubt that the next Battlefield title will be revealed at the end of the year. So, where does that leave EA? The company can’t simply ignore the huge multiplayer game fan base for a year, after all.

That isn’t the case though. EA has been working hard on Anthem ahead of release in February, and we imagine that there will be a lot of content scheduled for release throughout the year. It’s hard to imagine that a game with as much marketing as Anthem will be forgotten about in a month or two.

The trickle of Anthem content, along with new Battlefield V content, should keep multiplayer game fans happy in 2019. And, as long as EA releases Anthem DLC around November to compete with Call of Duty and other big Christmas titles, the company is free to use the November slot to launch Star Wars Jedi: Fallen Order – just in time for the cinema release of Star Wars Episode IV.

That’s what makes the most sense to us at Tech Advisor but it’s possible that EA has other plans. We’ll likely hear the company’s plans in the coming months, so we don’t have long to find out officially whether we’ll be seeing a new Battlefield or Battlefront title in 2019.

Let us know what you think on Twitter, and check out our list of the best upcoming games for confirmed titles to get excited about.