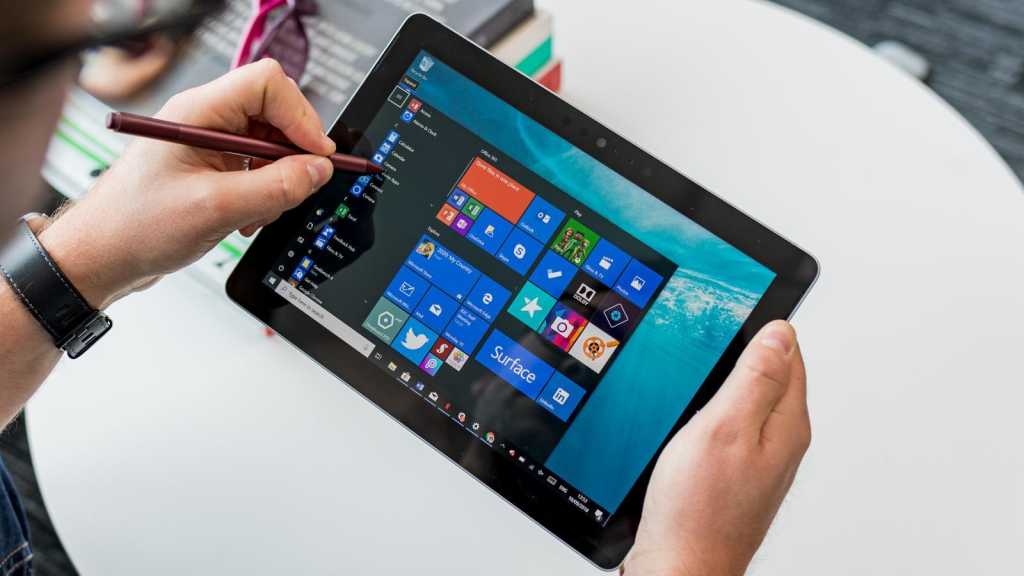 Last week, Amazon offered the Surface Pro 6 with Type Cover for a stellar £878, beating Microsoft’s price on the same bundle. This week, we see Amazon’s competitive prices in action again but on the new Surface Go.

Microsoft released the Surface Go tablet last October. It’s a 10in 2-in-1 laptop when paired with the Type Cover (sold separately, starting at £99) but its size doesn’t compromise performance.

In our  review, we recommended it as a good choice for those who don’t want to dish out upwards of £700 for the Surface Pro 6.

Amazon is also bundling this model with the black Surface Go Type Cover for £586.45, which saves you £22.

It’s a better deal than Microsoft’s all round. Not only is Microsoft’s offer on the same Surface Go model and Type Cover more expensive, at £628, it doesn’t actually save you on the devices themselves. What you do save is £40 on the 1-year Office 365 subscription that’s tied in (it’s non-optional by the way), which isn’t useful if you’re already a subscriber, and of course, if you don’t actually need it (there’s always Google Docs).

You can see more Surface deals in our dedicated article, which has all our reviews and buying advice in one place.